A number of pubs across the UK have told their customers they are suffering from beer supply troubles, while Heineken UK has admitted it has not been able to fulfill orders due to “resource issues" with third party logistics. The problem is also set to exacerbated by a strike scheduled to start next Tuesday. 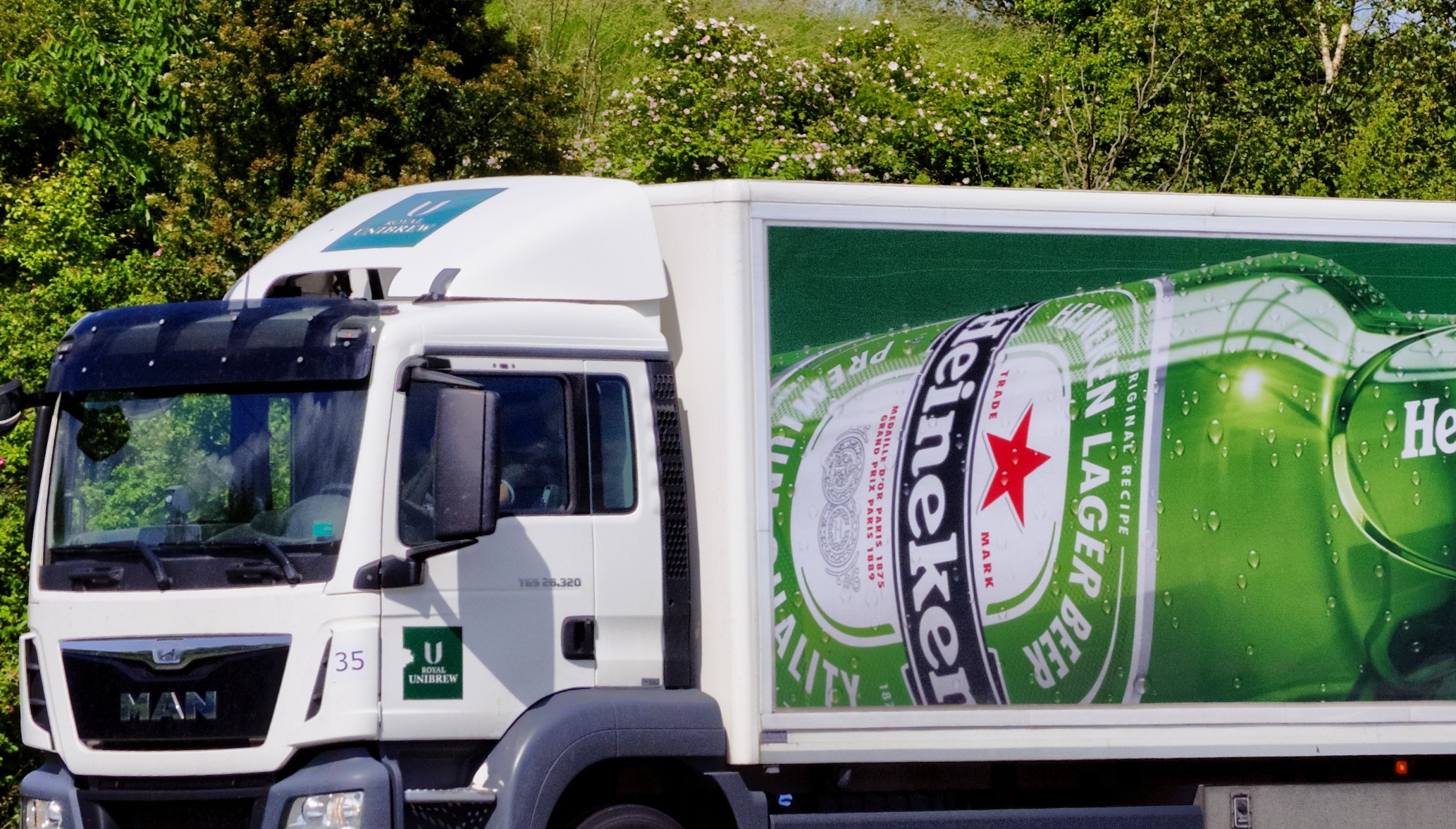 The news suggests that pubs are the latest to be hit by the UK’s HGV driver shortage, with restaurants and supermarkets having already encountered supply chain difficulties.

Empty shelves have been spotted in some UK supermarkets for a few weeks now. Yesterday, restaurant chain Nando’s announced it had been forced to close 25 branches due to food supply problems. KFC has also told its customers that certain menu items may not be available at some branches. On top of that, bin lorry collections have been disrupted in councils across the UK.

To add to the the existing supply chain challenges, drivers part of the Unite Union working for GXO Logistics Drinks Ltd have voted in favour of a week-long strike on August 24th. The GXO staff transport beer from 26 sites; Unite says the truckers are responsible for about 40% of the beer deliveries to pubs and other hospitality outlets across the UK. 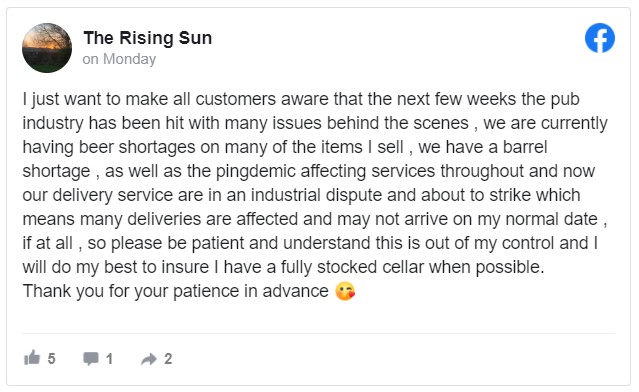 One pub that has already been hit by beer shortages is The Rising Sun in Rochester, Kent. The bar’s owner wrote on Facebook that “due to many issues behind the scenes” the pub currently has beer shortages on “many of the items” it sells. The Rising Sun blamed the problems on the upcoming strike and the ‘pingdemic', failing to mention anything about the HGV driver shortage or the challenges faced by lorry drivers working in Kent.

Given that Kent and its County Council have been hostile to lorry drivers for some time, many of the truckers who follow our page won’t exactly be shedding any tears if some of the region’s pubs run dry. Kent County Council’s HGV parking ban was generally loathed by truckers, while a lack of parking facilities in the region remains a major problem that some councillors simply want pushed into another county.

However, Kent is by no means the only region in which pubs are suffering from beer shortages. The Fox and Hounds Pub in Clavering, Essex, posted on Facebook that “a very small minority of customers” had been “swearing and shouting” at its staff after it had run out of draft lager.

Scottish pubs are not immune to the shortages either. Colin Wilkinson, managing director of the Scottish Licensed Trade Association, told the Daily Record earlier this week that getting supplies has been “an absolute nightmare”:

“There definitely will be some pubs which are running out. Getting supplies has been an absolute nightmare. This is the first weekend after the restrictions eased on August 9 and we were hoping for some sort of normality in our industry but this is another hurdle on our road to recovery. One pub told me that they were getting just one keg of Belhaven Best.”

Both Belhaven and Heineken are among the brewing giants that have cut back or cancelled deliveries. Yesterday, a Heineken UK spokesperson said the company was facing “resource issues” with third party logistics:

“Due to the resource issues we continue to face in third party logistics, we have notified our customers that we will not be able to fulfil all orders after having explored every possible option for delivery. We continue to work with our partners to resolve the situation, while exploring alternative methods to get our beers and ciders to customers”.

Amid the supply problems, Emma McClarkin, chief executive of the British Beer & Pub Association, has called on the UK Government to take immediate action to address the driver shortage:

“The HGV driver shortage is being felt by our sector like so many others. We are grateful for Government engagement with this issue to date, however, more is needed as a matter of urgency to address the driver shortage in the immediate term.”

According to City AM, the British Beer & Pub Association wants the profession of lorry driver to be added to the UK’s shortage occupation list, which would make it easier to employ staff from abroad. The Road Haulage Association, British Retail Consortium, and Environmental Service Association, have all previously requested the government do the same.

Nevertheless, UK Transport Minister Grant Shapps made it clear last week that he disagreed with the idea of using labour from abroad to alleviate staff shortages:

Meanwhile, the consistent stream of headlines relating to the driver shortage continues to frustrate truckers who feel the real factors causing the problem are not being addressed.

One of those problems is of course unattractive pay rates. Although numerous big-name logistics firms and retailers have offered 4-figure bonuses and pay increases, truckers are still repeatedly coming across job advertisements with rates hovering just over the minimum wage. The UK Government’s decision to relax drivers' hours rules has also irked a number of truck drivers, who understandably feel they work long enough already.

Another issue where little action is being taken is the lack of facilities for lorry drivers as well as the poor quality of the facilities available.

Last year, a major British haulage firm launched a petition in order to bring about major change in this area. The petition yielded enough signatories to merit a response from the government. However, little has changed on the ground for truck drivers working in the UK since, while there are few projects in the pipeline that suggest noticeable improvements will be made in the foreseeable future.