As the UK lorry driver shortage continues, well-known companies across the country are increasing wages and offering sign-on bonuses in a bid to woo new drivers. 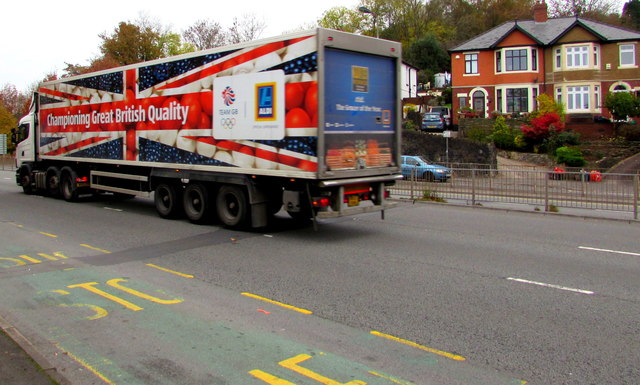 Last week, UK supermarket chain Tesco announced a £1,000 signing-on fee, and it is now reported that rivals Asda have followed suit. In addition, Aldi have increased wages while a Hertfordshire council is offering its bin lorry drivers an annual salary increase worth £3,000 a year. Milk supplier Arla are also offering a signing-on bonus of £2,000 for truckers willing to do weekends. Gist, who work with Marks and Spencer, have a £2,000 signing-on bonus on offer too (as part of a claimed £5,000 incentive overall).

The scramble to recruit drivers comes amid further reports of visible gaps in supermarket shelves across the country.

The RHA’s Rod McKenzie believes those gaps will get “bigger and wider unless something is done to tackle this.” During an interview broadcast on BBC Yorkshire and Lincolnshire on Friday, McKenzie described the situation as a “crisis” and added that the government “has not yet dealt with this in a satisfactory way.”

The RHA continues to insist that measures allowing companies to recruit more easily from abroad are required to remedy the problem in the short term. However, the Home Office has so far showed no willingness to put HGV drivers on the shortage occupation list or introduce a short term visa scheme for drivers.

The supply and demand situation has thus played into the hand of drivers in the UK, who are now being offered bonuses and higher wages as a result of the labour shortage.

As the BBC reports, Aldi has not added further information on its pay rise for lorry drivers, but its careers website states wages are between £14.15 and £15.34 per hour for day shifts, and £16.98 and £18.41 per hour for night shifts.

Arla, a major milk supplier, are another company currently grappling with the shortage. Ash Amirahmadi, managing director of Arla Foods UK, told BBC Radio 4 last week that the driver shortage has “progressively got worse”. He also claims the situation is a “crisis”.

Meanwhile, as the Daily Mail reports, bin lorry drivers are being offered better terms too. Three Rivers District Council in Hertfordshire are said to be offering an annual salary increase of £3,000. Some other councils in the UK have also had to limit the amount of bin collections due to a lack of drivers.