A lorry driver resident in Montenegro is facing several charges after being arrested in Germany for driving under the influence of illegal drugs. The 24-year-old crashed into a barrier on the A1 northbound between the Vechta and Cloppenburg junctions. He later resisted arrest and even had to be pepper sprayed by officers. 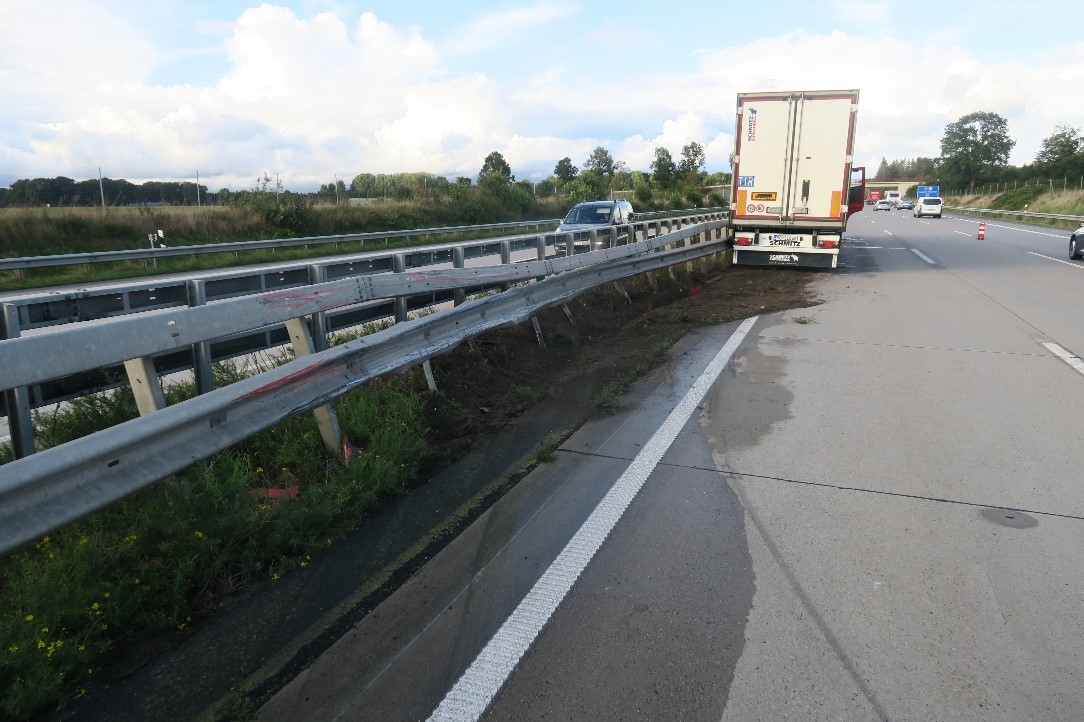 According to a report by Bremen police, the driver veered off the road before turning back and crashing into the central barrier.

Fortunately, nobody was injured as a result of the accident. Traffic on left-hand lane was diverted past the scene of the accident while the police investigation and rescue measures were carried out.

When speaking to the driver, officers suspected the 24-year-old’s physical condition and behaviour indicated he was under the influence of narcotics. A preliminary drugs test conducted on the spot confirmed their suspicion; he tested positive for cannabis.

The lorry driver is then said to have behaved aggressively towards the officers. The police report states the trucker tried to kick an officer, but presumably due to him being stoned, he completely missed. As the Montenegro resident continued to resist arrest, the officers had to take action by using pepper spray.

Following his arrest, the lorry driver was taken to for a confirmatory blood test at the Ahlhorn motorway police station.

The total damage to the lorry and the motorway crash barriers is estimated at around €57,100.

The drug-driving lorry driver is now being investigated over several charges, say the police.