Electric trucks in Europe to keep an eye on in 2021 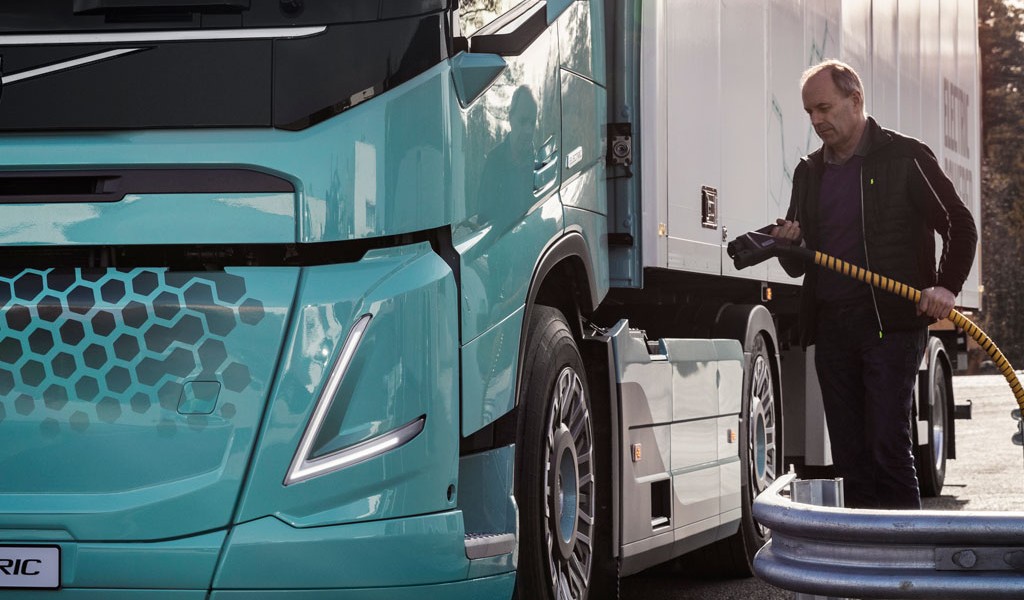 The number of electric trucks on European roads will have to rise from around 2,300 at present to 200,000 by 2030 if the EU’s CO2 targets are to be met, the European Automobile Manufacturers Association (ACEA) has said. However, truck manufacturers are already doing their bit – releasing a number of new electric commercial vehicles in recent times.

In this article, we’ll take a look at some of the battery-powered trucks that deserve attention in 2021.

The autumn of 2020 saw a flurry of lorry manufacturers come out with announcements about their electric ranges: Scania announced its fully electric lorries with a range of 250 km and Daimler presented its plans about electrifying the CF model in September. Then came Volvo, who followed suit with an announcement in November. Finally, Daimler joined the party with its eActros in June 2021. However, to be fair, the trials of the electric version of the popular Actros tractor had been going on since 2018, long before this announcement was made.

Although these announcements were made last year, all of the aforementioned lorries are set to hit Europe’s roads in 2021.

Without further delay then, let’s take a look at which electric lorries in Europe are already on the roads and what they are capable of: 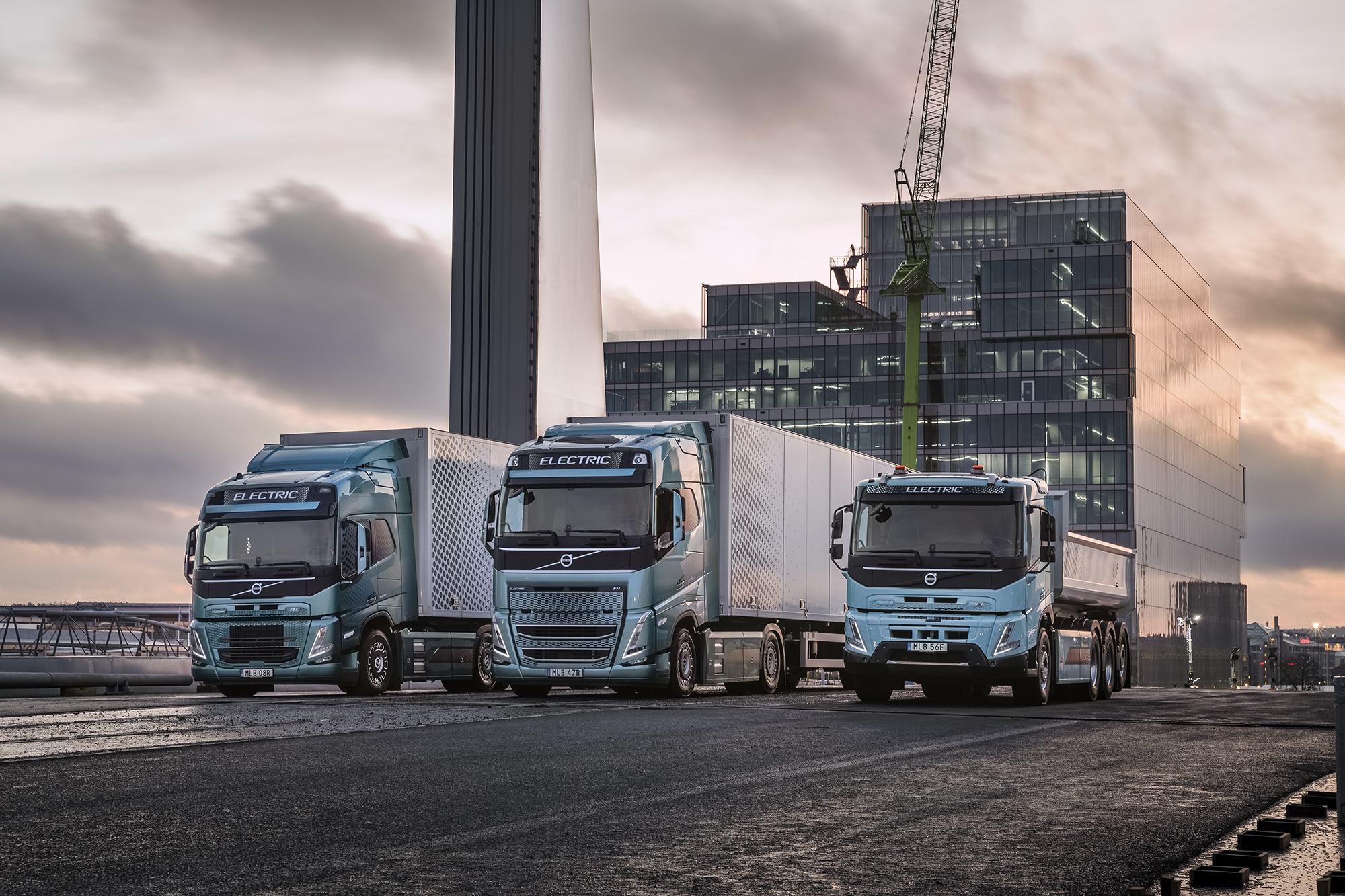 Production of Volvo’s FH, FM and FMX will start in the second half of 2022, initially with tractor units. The chassis are then to follow at the beginning of 2023.

The new electric trio, for which the Swedish company is now listing performance figures, joins the Volvo FL Electric and FE Electric, which have already been in series production in Europe since 2019.

Both the FH, FM and FMX have three electric motors coupled to Volvo Trucks’ I-Shift transmission. Volvo puts the combined electric motor output at 490 kW, while the transmission torque is up to 28,000 Nm. The power take-off is available in electric (40 kW), electromechanical (70 kW) and transmission (150 kW) versions. The six-unit lithium-ion battery pack on board the e-trucks is 540 kWh and provides a range of up to 300 kilometres.

In terms of charging, the new trio have AC and DC charging capabilities. Up to 43 kW is supported in the AC range, and up to 250 kW in the DC range. In the latter case, Volvo Trucks says it is possible to recharge up to 80% of the battery capacity in less than 90 minutes. 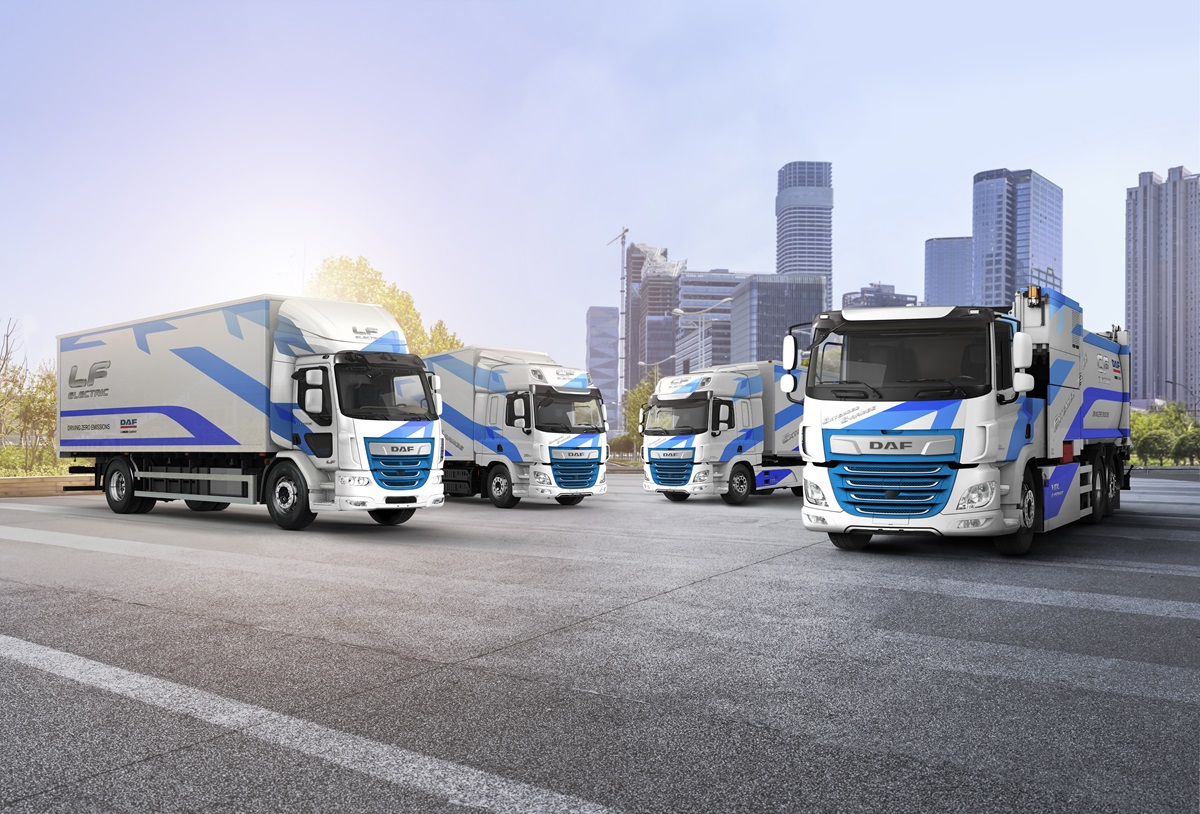 The CF Electric is available as a 37-tonne GCW 4×2 tractor for inter-urban roles – typically supermarket work and ‘shuttle-type’ distribution. In addition, there is a 29-tonne (27-tonne in the UK) GVW 6×2 rigid that can be used as a refuse collection vehicle, and also for more general, heavier urban distribution needs.

DAF’s CF Electric is also equipped with the latest generation LFP battery technology. The lorry boasts a single-charge range of up to 220km and a weight reduction of 700kg.

The new battery pack delivers 350kWh (315kWh effective capacity) and is capable of full recharge in 75-minutes when connected to a 250kW charging station, which means recharging can be scheduled into the drivers’ mandatory break.

Scania – the L- and P-series 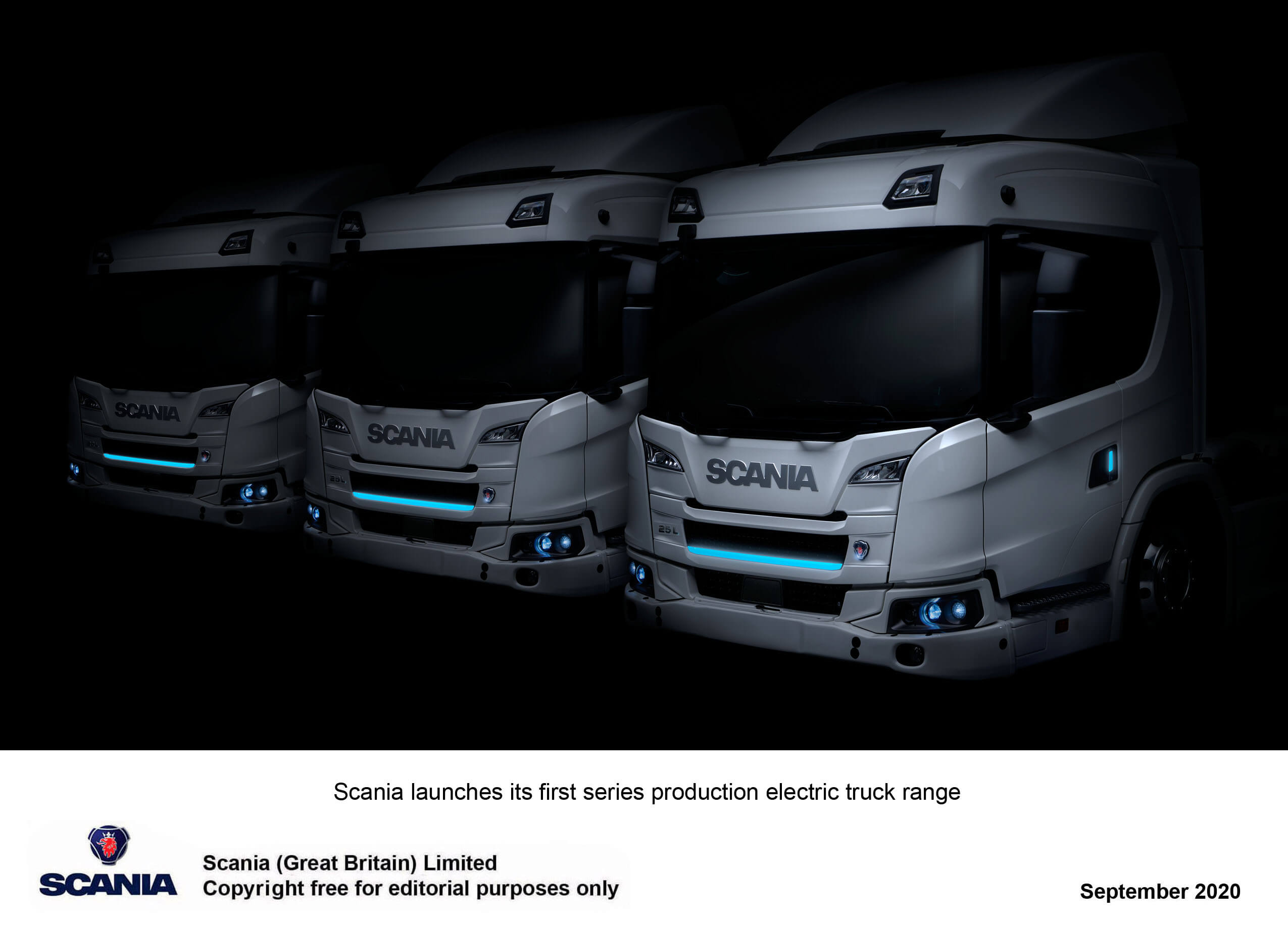 Five batteries are used for the 165 kWh model, with nine batteries employed for 300 kWh. With the combustion engine removed, one battery is placed in the former engine tunnel with the remaining four or eight batteries placed along the chassis side.  In 300 kWh format, a range of up to 250 kilometres can be achieved on a single charge.

In addition to general cargo and temperature-controlled transport, e-trucks can be equipped with a range of bodywork, such as hooklifts, tippers, concrete mixers and refuse collectors, as well as secondary support vehicles for the emergency services. 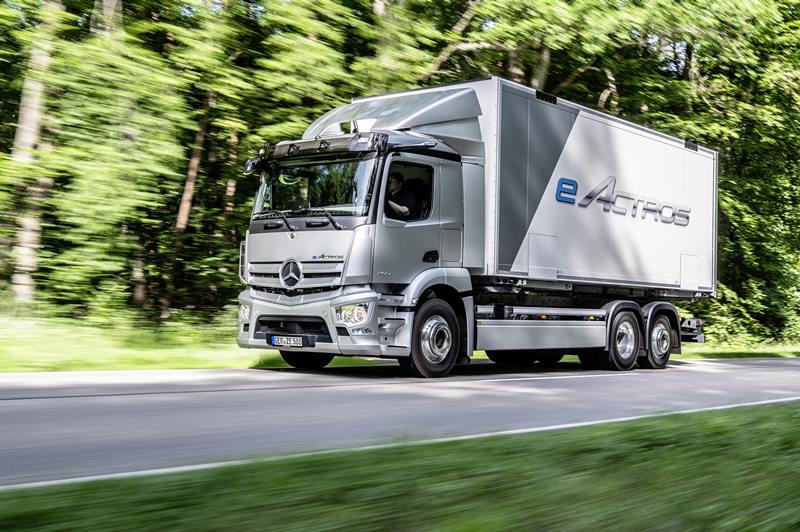 Mercedes says the standard model of the eActros is planned will start production in Wörth am Rhein this autumn.

The battery of the eActros series-production model is equipped with either three or four battery packs, each with an energy capacity of around 105 kWh. This corresponds to a maximum battery capacity of 420 kWh2 and enables ranges of up to 400 kilometres to be achieved.

The technological centrepiece of the electric truck is the drive unit – a rigid electric axle with two integrated electric motors and a two-speed transmission. Both liquid-cooled motors generate a continuous output of 330 kW as well as a top performance of 400 kW.

Plus, if the vehicle is driven particularly foresightedly, recuperation enables the vehicle to recover electrical energy. The energy obtained during braking is fed back into the batteries of the eActros and is again made available to the drive system.

When it comes to the truck’s two integrated motors, they offer great efficiency and constant delivery of power with high starting torque. The provision of immediate torque by the electric motors, which are coupled with a two-speed transmission, ensures powerful acceleration, impressive driving comfort and driving dynamics. This, it is said, enables more relaxed, low-stress driving than a conventional diesel-powered truck.

Finally, the eActros can be charged with up to 160 kW: when connected to a regular 400A DC charging station, the three battery packs need a little longer than an hour to charge from 20% to 80%. 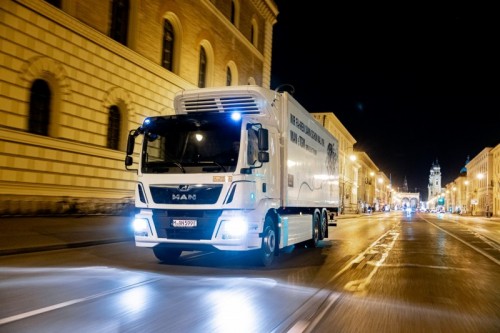 Finally, we have the MAN eTGM, which appears to be the odd one out on this list. It has been used by 9 Austrian companies since 2018, but production has been slow. Since the successful operation in Austria, the eTGM has proved itself to the Norwegian Post, as well as operators in Berlin and Munich.

The driver’s cab is equipped with the same features as other trucks, from air-suspended seats to heating. Moreover, the ancillary components such as power steering, air compressor or air conditioning are operated electrically and controlled by the energy management system according as required and therefore energy-saving.

In addition, 12 highly-efficient lithium-ion NMC battery packs with 185 kWh of available capacity, installed in a space-saving manner. A chiller has also been installed to provide the necessary cooling.

The truck’s range of up to 190 km is ideal for inner-city distribution transport and is sufficient for large metropolitan areas.