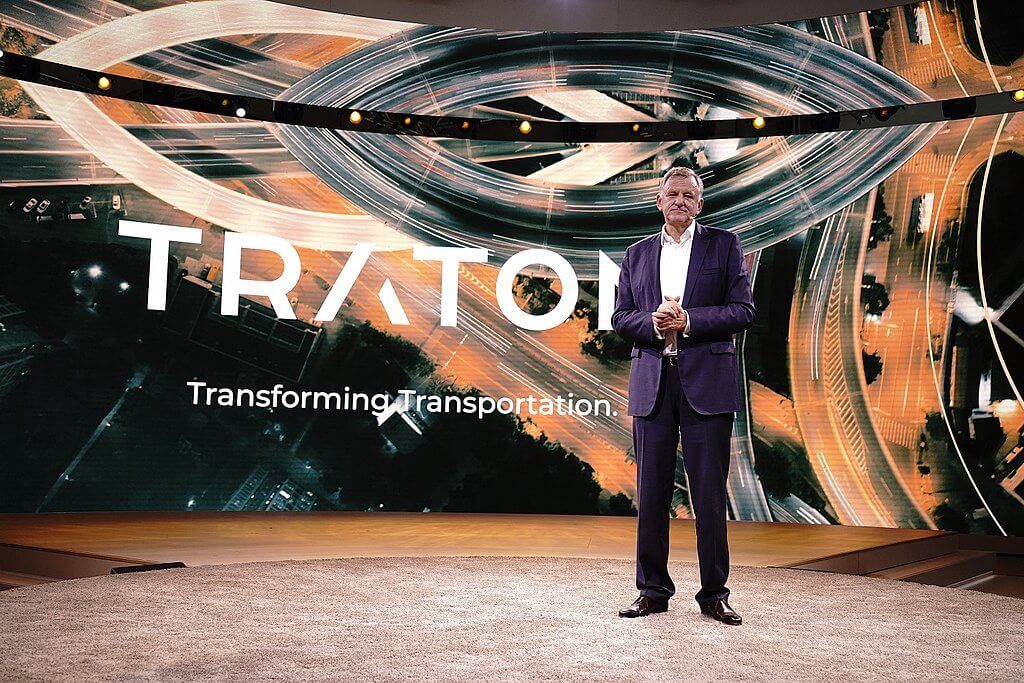 The CEO of Traton SE and a member of the board of directors of VW AG criticises decisions taken by EU countries, including Germany, in connection with the coronavirus pandemic.  In an interview with the German weekly magazine “Der Spiegel” he also calls for greater respect for truck drivers.

According to Andreas Renschler (pictured) “the closure of borders and nationalism have seriously damaged the economy,” reads a German weekly.

The CEO of Traton SE also points to the lack of proper coordination between EU countries which have independently introduced various measures restricting freight transport. While in Germany, factories and retailers are slowly resuming their operations, in Belgium, for example, truck service stations are closed. The huge queues at the EU’s internal borders are also a problem, although, as Renschler points out, the situation is slowly improving because everyone is interested in having trucks carry goods.

“I’m wondering why the idea of a united Europe has almost lost its importance recently, but instead barriers have been created everywhere,” the boss of Traton tells the weekly magazine.

European solidarity is replaced on many occasions by clumsy populism. Unfortunately, it is also increasingly common in Germany. In other words, they say we have to think about ourselves, other countries just want our money. When I hear that, I no longer understand this world. Germany has benefited enormously from the European single market for decades. Now is the time to help our partners when they are in need. We cannot now start cutting ourselves off from our European neighbours again,” he adds.

According to Renschler, it was the open internal borders within the EU that made Europe strong.

Let us remind you that in Germany in recent weeks there has also been a heated discussion about cabotage, which many German carriers wanted to suspend completely in order to “protect domestic companies from foreign competition”. This is another example of how the idea of a common EU market can be abandoned as soon as a crisis comes. Unfortunately, the advocates of eliminating ‘competition’ from the CEE countries are forgetting that the German economy is already so strongly connected with the partners and service providers from the new EU countries that without their support it cannot operate at full speed.

Therefore, it is worth noting that the proposal to abolish cabotage has been criticized by one of the German transport associations – DSLV. According to Frank Huster, the association’s general director, “to cover up EU legislation would be completely contrary to the efforts of the German government and the European Commission to promote solidarity between the countries of the European Community and to maintain the internal market with the free movement of goods and people, especially during the coronavirus pandemic”.

The head of Traton SE also draws attention to the important role that truck drivers play in the EU economy – especially in times of pandemic.

Working conditions for drivers and earning opportunities in this industry are often not optimal. We need to thoroughly consider the importance of truck drivers in society. We want supplies and we need them for that. Without truck drivers, we wouldn’t have strawberries from Spain now. More importantly, there would also be a shortage of valuable medical materials in hospitals,” he stressed.