The Unite Trade Union has warned that Felixstowe, the UK’s largest container port, will “come to a standstill next month" unless an agreement can be reached on pay. The union revealed yesterday that in a ballot, 92% of its members who had participated voted in favour of industrial action. 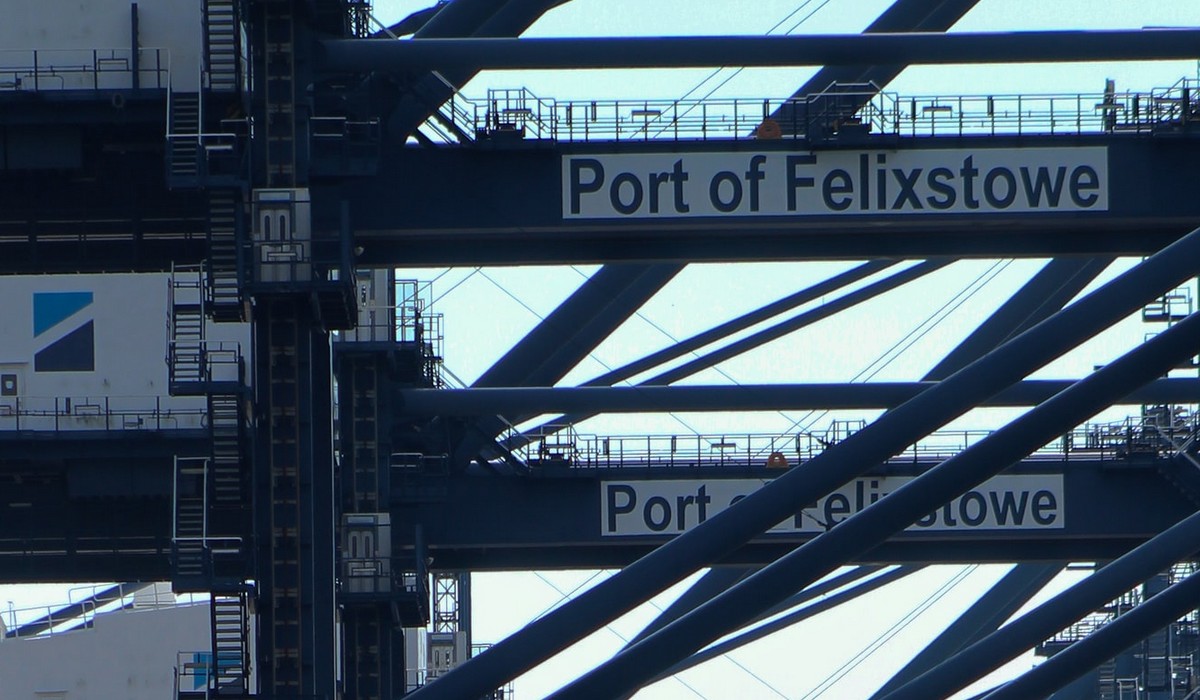 According to Unite, the dispute is a result of the Felixstowe Dock and Railway Company offering a pay increase of 5% to its workers. This, says Unite, is an “effective pay cut with the real (RPI) rate of inflation currently standing at 11.9%.” Unite adds that last year the workforce received “a below inflation pay increase” of 1.4 per cent.

The union states that its members at Felixstowe are “responsible for all aspects of the port’s operation”. It therefore warns that strike action would “bring Felixstowe to a standstill” and would in turn cause “major logistical problems for maritime and road haulage transport entering the port.”

“The bottom line is this is an extremely wealthy company that can fully afford to give its workers a pay rise. Instead it chose to give bonanza pay outs to shareholders touching £100 million. Unite is focused on defending the jobs, pay and conditions of its members and we will giving 100 per cent support to our members at Felixstowe. Workers should not be paying the price for the pandemic with a pay cut. Unite has undertaken 360 disputes in a matter of months and we will do all in our power to defend workers.”’

Felixstowe is the UK’s largest and busiest port by far; it is responsible for 48% of the UK’s container trade.

Unite has described Felixstowe Dock and Railway Company as an “extremely profitable” company. The trade union says that the port’s most recent accounts show it made pre-tax profits of £61 million in 2020, when it also paid out £99 million in dividends.

“The company’s dividends are paid into a complicated company structure but are principally received by the organisation’s ultimate holding company, CK Hutchison Holdings Ltd. It is registered in the Cayman Islands and listed on the Hong Kong stock exchange,” writes Unite, in reference to Felixstowe Dock and Railway Company.

“Strike action at Felixstowe will inevitably create huge disruption across the UK’s supply chain. This dispute is of Felixstowe’s own making. Strike dates have yet to be announced but even at this late stage the dispute could be resolved by the company returning to negotiations and making a realistic offer.”

Back in March of this year, Hutchison Ports Port of Felixstowe announced it had broken its own record for the most containers handled on a single ship for the third time in two months. However, in recent times, the facility has arguably been associated with more negative headlines than positive ones.

Last autumn, data from supply chain visibility provider project44 showed that POL dwell times at the port had peaked above 20 days in October. The company said this was “primarily due to the shortage of truck drivers throughout Britain caused mainly by Brexit-related visa restrictions on EU drivers and a history of poor pay and working conditions in Britain.”

A month later, in November 2021, amid ongoing supply chain bottlenecks in the UK, Danish shipping giant Maersk announced it had omitted Felixstowe from its Far East Asia to North Europe AE7 Service. It wasn’t until April 2022 that the service returned.

The criticism of the Port Felixstowe last autumn and winter sparked an angry response from Chris Lewis, chief executive of Hutchison Ports Port of Felixstowe. In a letter published in the Financial Times last December, Lewis claimed that the port was performing better than other parts of the supply chain:

“Despite the challenges posed by Covid and haulier shortages, by working closely with customers we have ensured that supply chains remain open and delays attributable to port performance are minimal compared with other parts of the supply chain.”

The Port of Felixstowe may not be only port in the UK facing industrial action either. Earlier this month, Unite announced that Liverpool Port dockworkers employed at MDHC container services, part of Peel Ports, are to be balloted for industrial action in a dispute over pay and conditions.

On the other hand, one port that won’t be facing industrial action is Lerwick, where Unite has negotiated a whopping 38% pay increase for its members.

Meanwhile, the possibility of strike action at the ports of Felixstowe and Liverpool comes amid an ongoing dispute between rail workers part of the RMT Union, and Network Rail, the owner and infrastructure manager of most of the railway network in Great Britain.

This week, strike action from the RMT brought noticeable disruption to freight and passenger services, and with there being no signs of the dispute being resolved soon, another round of strikes remains a possibility.

On top of this, in a press release issued yesterday, the RMT also repeated its call for a national framework agreement to “protect seafarers’ jobs and skills from further attacks”.

“The unions remain in discussion with Government and employers over this agreement which must be in place during the summer season in order to prevent further disaster for seafarer jobs in the UK,” the RMT’s statement concluded yesterday.