The Port of Felixstowe has received a boost with the news that shipping giant Maersk's Asia-Europe AE7 service will once again call at the port. 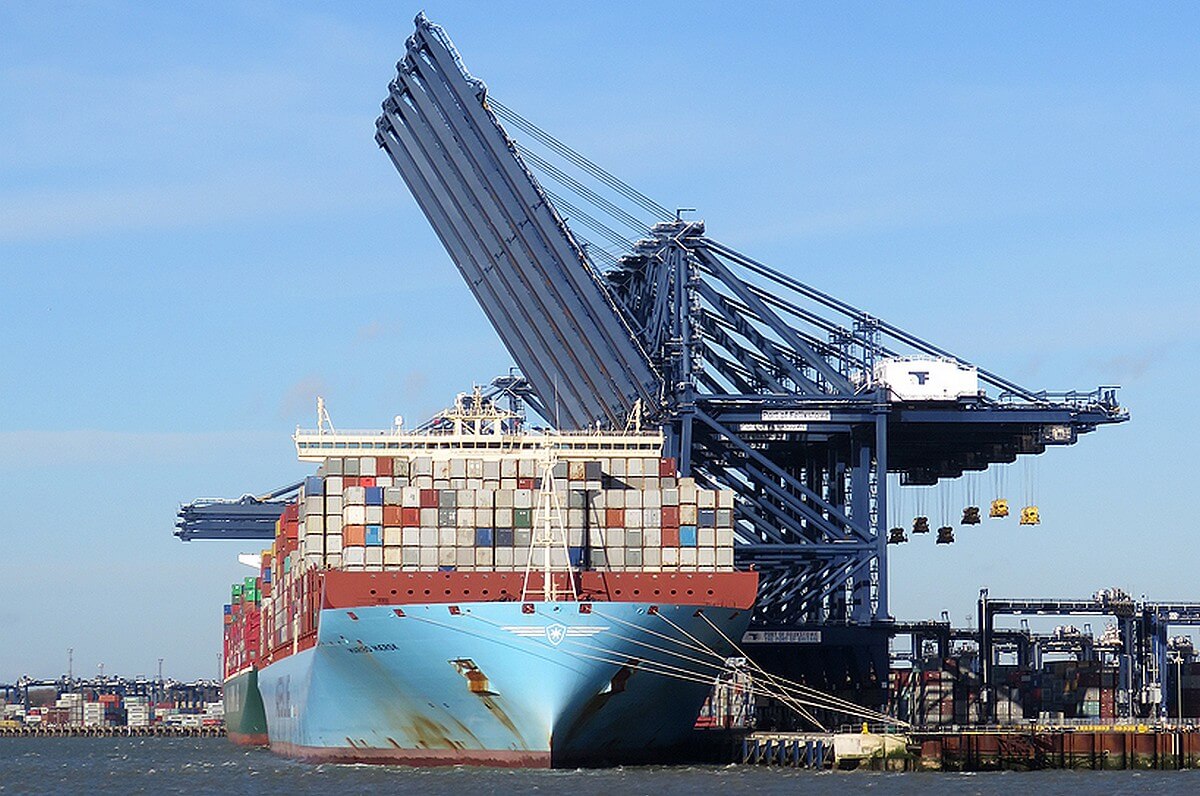 The news comes roughly over months after Maersk omitted the troubled port of Felixstowe from its Far East Asia to North Europe AE7 Service. At the end of November 2021, Maersk said the issues in the UK continued to challenge its service reliability, and that there were “exceptional waiting times in the port of Felixstowe”.

As a consequence, the affected Felixstowe volumes were routed on a shuttle service from Wilhelmshaven in Germany.

However, the service, which also stops at the European ports of Hamburg, Antwerp, London Gateway and Le Havre, has now returned.

“As part of our constant strive to improve schedule reliability across the network for our customers, A.P. Moller – Maersk is pleased to announce the reinstatement of the AE7 Felixstowe call,” reads a recent company statement.

Maersk added that “the overall operational capacity at the Felixstowe terminal has improved and we have confidence that the AE7 service call will prove valuable and reliable for customers.”

The first effective discharge and load call is expected in the next few days. The service is part of the 2M alliance and the decision to return to Felixstowe was also confirmed by MSC on Friday.

Last month, the Port of Felixstowe declared it had broken its own record for the most containers handled on a single ship for the third time in two months. In the same month, the facility also announced it had become the largest UK port to deploy 5G and the IOT technology.