From Australia’s free trade agreements to clean-tech subsidies: 6 things to know about international trade this month 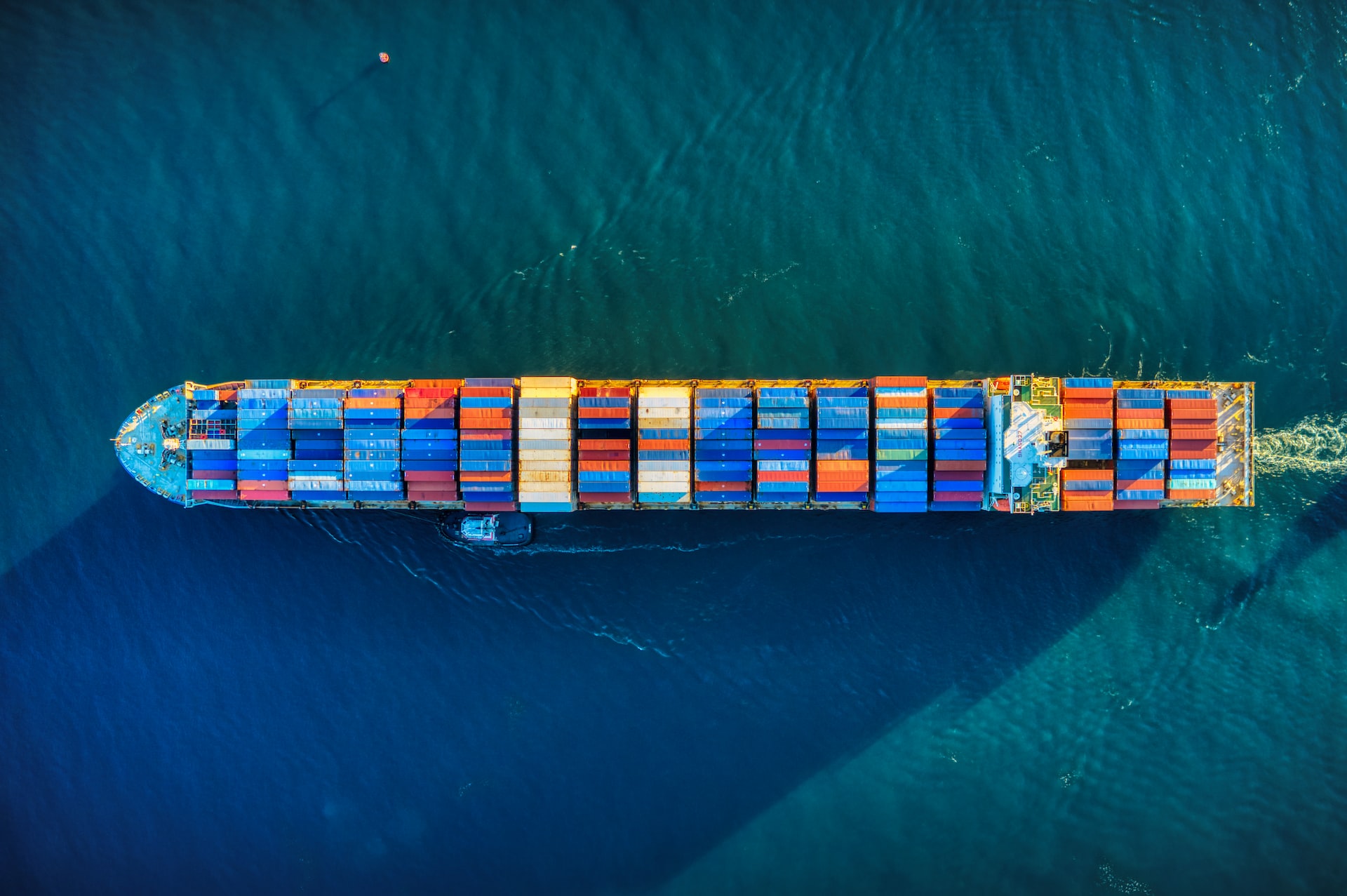 Global trade growth is likely to slow in late 2022 and into 2023 because of economic headwinds, according to the latest World Trade Organization (WTO) Goods Trade Barometer. The WTO has identified negative trends in export orders, air freight and electronic components, all of which suggest cooling business sentiment and weaker global import demand.

The barometer provides real-time information on the trajectory of merchandise trade relative to recent trends. Its current reading is 96.2 – values of less than 100 indicate below-trend growth, while values greater than 100 signal above-trend expansion.

The main exception to the trend is the automotive products index, with a reading of 103.8 thanks to strengthening vehicle sales in the United States and increased exports from Japan amid the yen’s depreciation.

“The downturn in the goods barometer is consistent with the WTO’s trade forecast of 5 October, which predicted merchandise trade volume growth of 3.5% in 2022 and 1.0% in 2023 due to several related shocks, including the war in Ukraine, high energy prices, and monetary tightening in major economies,” the organization says.

A new report by McKinsey, meanwhile, highlights the rapid acceleration of different kinds of trade. Flows of services, international students and intellectual property grew twice as fast as goods flows in 2010-19. How these flows will fare in the future will partially depend on a rapidly evolving policy landscape, particularly for data flows.

US President Joe Biden has been trying to calm tensions with European leaders over his country’s plans to give companies tax credits and subsidies if they make clean technology products in North America.

There has been talk of a potential US-EU trade war over the issue. EU countries are worried that their companies will suffer due to the incentives offered under Washington’s Inflation Reduction Act (IRA). They also believe that many of the subsidies on offer potentially violate WTO rules.

Vast swathes of the “Inflation Reduction Act” are earmarked for companies making stuff in America. This breaches free-trading principles that are supposed to bind all members of the World Trade Organisation https://t.co/QhDcH68ooR

EU state aid rules prevent countries in the bloc from offering tax breaks of the same scale to companies looking to set up factories. European Commission President Ursula von der Leyen says Europe should adjust its state aid rules in response to the US incentives.

Biden has acknowledged to French President Emmanuel Macron that there are “glitches” in the IRA. “There’s tweaks we can make” to satisfy allies, he said. EU governments want a solution quickly. Washington and Brussels have set up a joint high-level task force to resolve the issue.

At the EU-US Trade and Technology Council meeting on 5 December, both sides reinforced the need for collaboration, rather than conflict, on green supply chains and launched a separate, new transatlantic sustainable trade initiative. That will identify actions both sides can take to advance a green and sustainable future and increase transatlantic trade and investment. Decarbonization and circular economy priorities are highlighted.

Japan and South Korea are also concerned that their carmakers will not be eligible for the US tax breaks.

WTO Director-General Ngozi Okonjo-Iweala has called for trade to be part of the solution to climate change. „You need to have a friendly trade regime for renewables and other environmentally friendly products,” she told Reuters.

The WTO’s World Trade Report 2022, released at COP27, says the most realistic way to make deep emissions cuts without reducing living standards in richer countries and harming development prospects in poorer ones is through advancing low-carbon technologies. The report recommends cutting tariffs and other barriers for low-carbon industries, which tend to be higher than for carbon-intensive ones. It also says that countries with less diversified exports tend to be generally more vulnerable to climate change.

The Forum’s Climate Trade Zero initiative has identified a list of 25 technologies – as well as further guidance on inputs to those and relevant services – that policy-makers could prioritize to create these more friendly trade regimes.

Trade and environment discussions among a group of 70-plus WTO members in December committed to renewed efforts in 2023 on making trade sustainable. The group focuses on four areas – trade and climate action, trade in environmental goods and services, trade and the circular economy, and subsidies. Exceptionally, the discussions include non-governmental stakeholders to provide inputs on the challenges and opportunities.

Australia’s Parliament has passed free trade agreements with India and Britain. The deal with Britain will make more than 99% of Australian goods exports duty-free, including sheep meat, beef, dairy, sugar and wine, AP reports. The India agreement would cut taxes on 90% of Australian goods shipments, including on meat, wool, cotton, seafood, nuts and avocados. In October, it also reached a Green Economy Agreement with Singapore.

British Prime Minister Rishi Sunak meanwhile says he will not “sacrifice quality for speed when it comes to trade deals”, after criticizing the Australia deal before he became leader.

Britain is in talks with several countries, including India, over new trade deals, as it attempts to establish itself as an independent trading country after leaving the European Union.

A US free trade deal was touted as the one of the biggest prizes for Britain exiting the EU. But hopes of a quick agreement were dashed when US President Joe Biden’s administration put all free trade talks on ice.

Container shortages are fast fading from memory, with the shipping industry now facing a surplus because of declining consumer demand for goods, CNBC says.

The pace of global shipping activity is set to lose steam in 2023, according to UN agency UNCTAD’s Review of Maritime Transport 2022. Shipping accounts for more than 80% of global trade shipments, but the world’s largest investment banks expect global economic growth to slow further in 2023, Reuters reports.

„The recovery in maritime transport and logistics is now at risk from the war in Ukraine, the continued grip of the pandemic, lingering supply-chain constraints, and China’s cooling economy and zero-COVID policy, along with inflationary pressures and the cost-of-living squeeze,” UNCTAD says in the report.

The slowdown may at least help tame CO2 emissions from the shipping sector, which UNCTAD says are heading in the wrong direction, rising by 4.7% in 2020-21. It is consequently calling for logistics firms to develop a new generation of ships that can use the most cost-efficient fuels and integrate with smart digital systems, but notes that shipbuilding levels remain low. “The global commercial fleet grew by less than 3% in 2021 – the second lowest rate since 2005,” it says.

E-commerce traders in the EU may soon have to minimize the amount of empty space in packaging when they ship goods, following proposed revisions to EU legislation on packaging and packaging waste, Euractiv reports.

The draft changes would limit empty space in packaging to a maximum of 40%. “Double walls, false bottoms and other means to create the impression of increased product volume” would be banned, global logistics company DHL notes.

The EU wants to cut packaging waste in each member state by 15% by 2040, compared with 2018. This would lead to an overall waste reduction in the EU of 37%. It is looking to put in place mandatory rates of recycled content that producers have to include in new plastic packaging and to promote reusable or refillable packaging, including for e-commerce deliveries.

Packaging is one of the main users of virgin materials, with 40% of plastics and 50% of paper used in the EU is destined for packaging, the European Commission says.