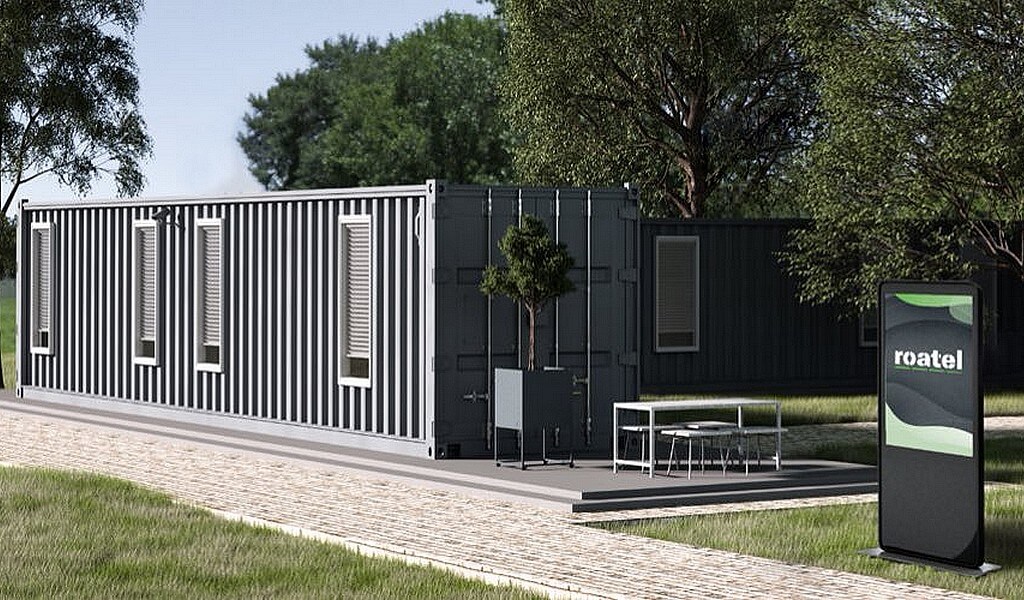 Two entrepreneurs from Dusseldorf have opened their first roadside ‚roatel’, a hotel with rooms built within shipping containers. The accommodation is particularly aimed at lorry drivers, and a further 600 are planned.

The first roatel is rather modest in size; it contains four rooms and has just opened in Cloppenburg, located between Bremen and Germany’s border with the Netherlands. Hotels in Kufstein and Magdeburg are also works.

In total, the owners of the ‚Roatel’ company hope to build 600 more sites in the next three or four years. The duo behind the company told German daily newspaper Bild yesterday that they had received inquiries from Austria, Spain and France.

Photos of a prototype Roatel room were published in the aforementioned Bild article. Each room contains a shower, washbasin, toilet, air conditioning, flat screen TV and free toiletries such as shampoo. Rooms are to be priced at 46 euros a night.

It reportedly costs around 120,000 euros to turn one container into four Roatel rooms. They are being converted by a family business in Germany’s Lower Saxony region.

The owners say they came up with their concept after the EU issued a ban on truck drivers taking overnight stays in the cabin on weekends. In their interview with Bild, the pair proclaimed that they were currently „the only ones who have a concept for this new market.”