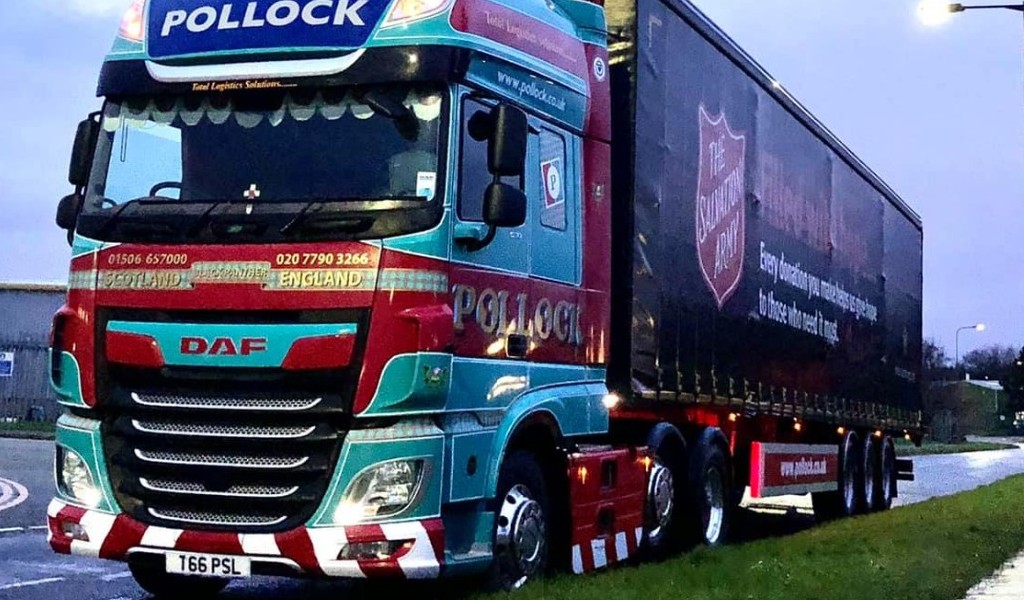 Exeter-based Gregory Distribution has acquired Scottish firm Pollock (Holding) Ltd and all of its subsidiaries, including Pollock Scotrans Ltd.

Both companies are family-owned and have long histories. Gregory Distribution was formed in 1977, while Pollock started doing business way back in 1935.

According to Motor Transport, Gregory Distribution say that the takeover won’t change things at Pollock, as it is “business as usual”.

That means the latter haulier’s iconic name and liveries shall continue to be seen on the roads for some time to come.  Scott Pollock shall also retain his position.

Regarding the deal, Scott Pollock was quoted as saying the following:

“After 80 years as a family business we feel that the time is right for Pollock to become part of a bigger group and I look forward to realising the opportunities which this brings.  As a family owned company, Gregory’s shares the same values as ourselves”.

Meanwhile, John Gregory of Gregory Distribution was keen to stress that Pollock is an “iconic name” in the UK transport industry.

“Pollock is an iconic name in the UK transport industry, with more than 80 years of serving many fantastic companies, both within Scotland and to and from England. We will be maintaining the strong Pollock brand and we are delighted that Scott Pollock will continue to lead the Pollock business within the group. It will be very much business as usual for all of the Pollock team and its customers.”