German companies from the transport and logistics industry face a shortage of staff. The Federal Office of Freight Transport (BAG) has published a report on this subject. According to BAG, nothing indicates that the situation will improve. And the consequences are serious – every second respondent carrier refused to accept the order due to lack of drivers.

Although in 2017, the number of truck drivers increased in Germany by 1.7 percent, reaching a total of 565 086, the lack of qualified employees in the local transport and logistics industry is growing year by year. This tendency is more and more visible against the background of a good economic situation and growing market requirements. The shrinking share of Germans among the truckers working in the country is also clear. In 2012, Germans constituted 92.3 percent of all drivers. 5 years later – only 81.9 percent.

More vacancies than the unemployed

According to the report, demographics will continue to work against the employers in the industry. The share of drivers under 25 years of age in 2017 was only 2.6 percent. In turn, as much as 29 percent of truckers were above 55 years old.

In the transport industry, the lack of employees means downtime – some vehicles are parked unused and the carriers must refuse orders. The recruitment of skilled workers by employers is reflected in rising wages. The increase in wages for professional drivers has been higher than the increase in consumer prices for several years.

Over 20,000 Poles work with German carriers

In the German transport industry, there is a clear increase in the number of qualified employees from abroad. Their share reached 18.1 percent in 2017. In the absence of people willing to work among Germans, carriers are more and more willing to employ truckers from abroad, mainly from Poland, Romania, Bulgaria, Croatia, Hungary, and the Czech Republic.

Between 2012 and 2017, the number of Bulgarian drivers employed in Germany grew annually by an average of 58.4 percent, reaching in total about 6 thousand at the end of 2017. The number of truckers from Romania was also growing dynamically in this period on average by 53.6 percent, reaching almost 20 thousand at the end of last year. However, Poles have the largest share among foreign employees of the German transport market. In 2012, about 5.5 thousand Polish drivers were employed by German carriers. At the end of 2017, this number reached more than 22.6 thousand. Thus, the average annual growth in these years was 32.6 percent.

Wages are growing faster than prices

The deepening lack of drivers in Germany has an impact on industry wages. The BAG report shows that between 2015 and 2017, hourly rates, depending on the state, increased on average by 2.6 to 4.9 percent annually. This increase significantly exceeds the increase in the consumer price index, which amounted to 0.3 percent in 2015, 0.5 percent in 2016, and about 1.8 percent in 2017.

Out of all drivers employed in Germany, truckers in Bavaria earned the most in 2017, i.e.  13.10 euros per hour. A little less – 12.88 euros per hour were received by drivers from North Rhine-Westphalia last year. In Brandenburg, truckers got 12.28 euros per working hour last year and 11.56 euros in Thuringia.

Effects of the lack of drivers

BAG conducted surveys among German carriers for the needs of the report. When asked about the impact of staff shortage on their business, 52.6 percent of respondents admitted that trucks stand unused in company parking lots. 51 percent of the respondents also confirmed that due to lack of employees they had to refuse to accept new orders. 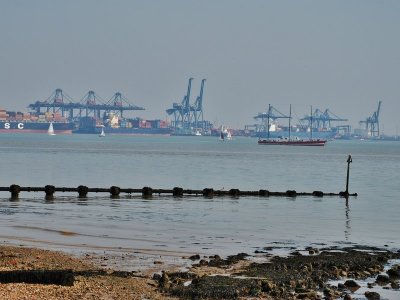 Driver raises alarm over lack of... 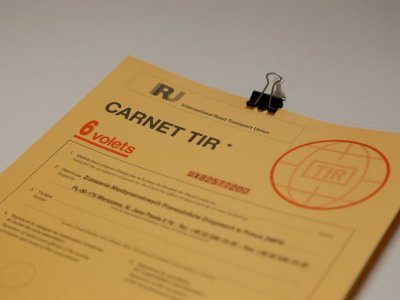 Driver raises alarm over lack of mask-wearing at Harwich International Port
Russia refuses to accept extended TIR Carnets. Only one direction available
This company needs more than 200 logistics employees in the UK
Report: Brexit customs requirements bringing jobs to India and Romania
Girteka CEO: Digitisation a must for profitability, competitiveness and balancin...