The owner of the Scania that recently fell into the sea during an accident at a Danish port has bought the scrap from his insurance company and plans to salvage as many usable spare parts from it as possible. 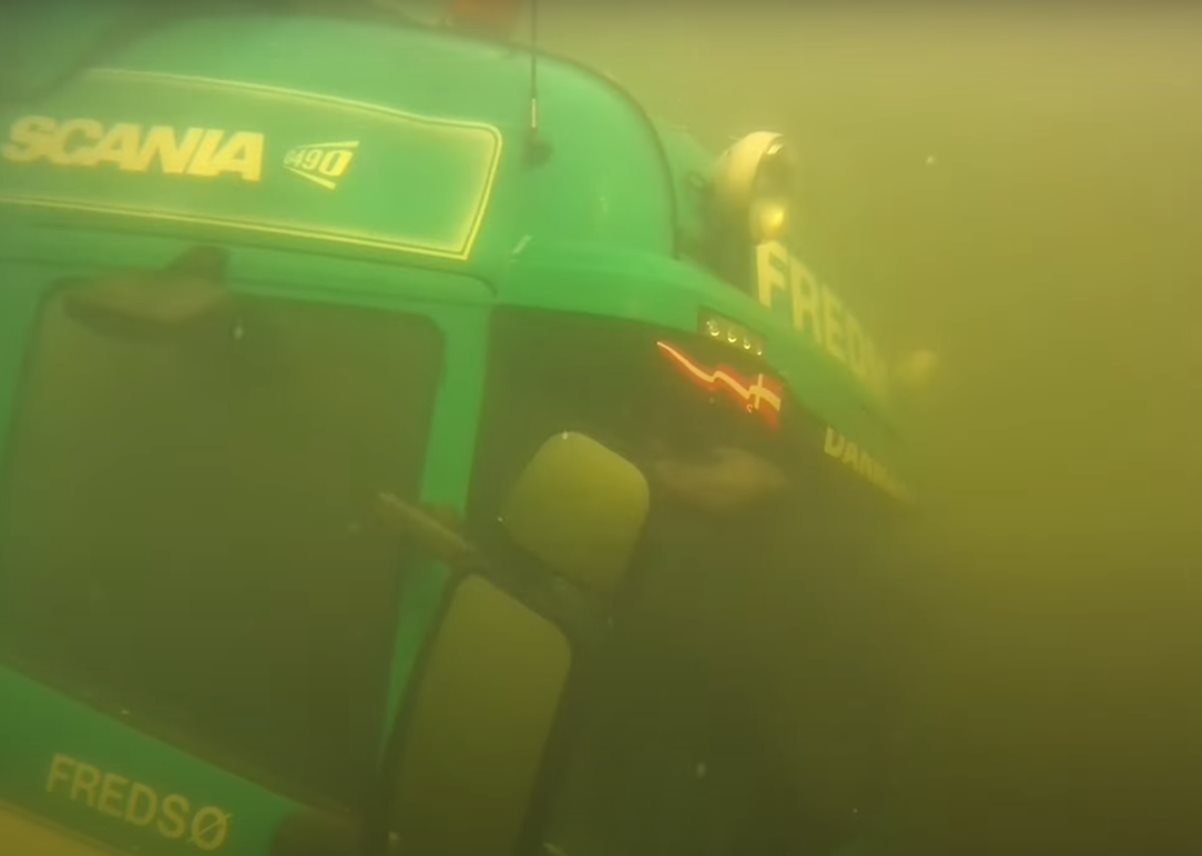 For those unfamiliar with the accident, it occurred when a ferry began to dock at the berth in Hvalpsund, Denmark on October 26th. A Scania R490 Streamline lorry with a trailer ended up rolling down the boat and broke through the bridge flap before falling into the water – all because the driver had forgotten to apply the handbrake when nipping out of the cab for a quick coffee. Fortunately, nobody was hurt.

Rescuing the truck and the trailer wasn’t an easy task; the vehicle was lying behind a slope in the water. First, a diver had to be sent into the water to check how the lorry had landed, and then dislocate the trailer.

Next, the lorry had to be dragged underwater closer to the crane to avoid damage to the berth as much as possible. Finally, both the tractor and trailer was successfully lifted from the water.

According to the Danish press, the owner of the truck reacted pretty calmly to the accident and described the situation as just “a little unfortunate”.

Haulier Benny Nielsen, owner of the Fredsø road transportation company, has now chosen to buy the vehicle back from the insurance company and see which parts can be reused – if any.

The haulier, who has his own workshop, admits most parts of the vehicle must be useless because of the salt water damage, and that the whole machine needs to be taken apart. Even so, he believes there still might be some hope that they can save some parts.

Had it been freshwater, the owner said they would simply dry the vehicle. Saltwater is a different story though, and to see if anything could be reused, first all the components to be taken apart and checked thoroughly.

The trailer, however, might actually be saved and put into use again.

As Danish TV Midtvest reports, Nielson’s workshop, just like many garages in Europe, has been struggling with the shortage of spare parts. This is precisely why the haulier believes spending the time and energy on the wreck may still be worth it.