Road transport and logistics company Magnus Group has opened its own chill-out zone, allowing lorry drivers and other staff to relax and enjoy refreshments - including non-alcoholic beers from a local craft brewery. 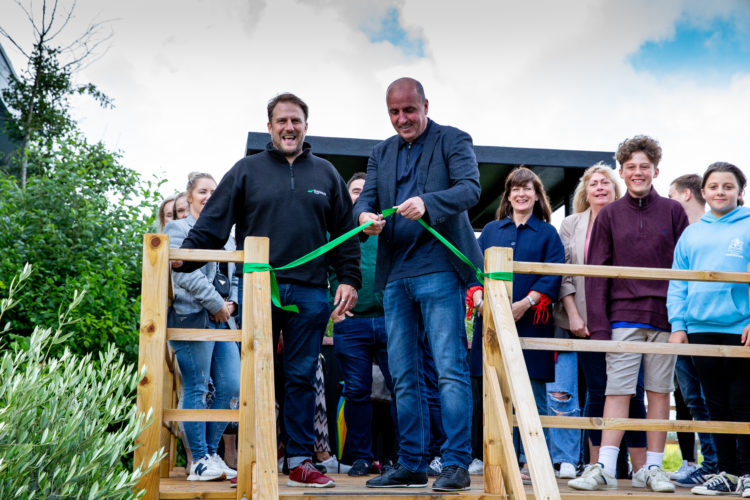 At the company’s summer party on Saturday, a new decking area with a bar was officially opened by Paul Cook, manager of English League 1 side Ipswich Town. The football coach toasted the opening of the bar alongside Magnus Group lorry drivers during the event, which featured live music, pizza and fireworks.

In a recent blog post, company CEO Olly Magnus explained why he had created the in-house bar and chill-out zone:

I wanted to create a space where staff would relax and recharge during the day, but that we could use for events and fun.” “The Paul Magnus Watering Hole” was created: a decking area with seating and a bar, giving views over the pond, surrounded by colourful planting. It provides a relaxed rest area for the team and is used for meetings, lunch breaks and after work socials.

In the aforementioned blog post, Magnus Group referred to the unsatisfactory working conditions and poor staff management that has blighted the road haulage industry in recent times. The company says it is determined to show that it is different.

Emma Lightfoot, who joined the company last year as Head of People and Culture, says the Magnus Group wants to lead the change for haulage firms in Suffolk and beyond:

“The freight, logistics and warehousing industry doesn’t always have a great reputation for staff welfare. We want to lead the change not only for haulage companies in Suffolk but in the country and show people that it is a great career to follow.”

Thanks to a partnership with local non-alcohol brewery Big Drop Brewing Company, the bar is stocked with a range of non-alcohol craft beers as well as alcohol options. Olly Magnus said it was a “no brainer” to get the craft brewery involved:

“James and Rob are a real Suffolk success story with Big Drop, and partnering with them for staff events is a no-brainer. We all like to have a beer on a Friday night and catch up after the week and being able to do that with a non-alcohol craft beer is fantastic.”