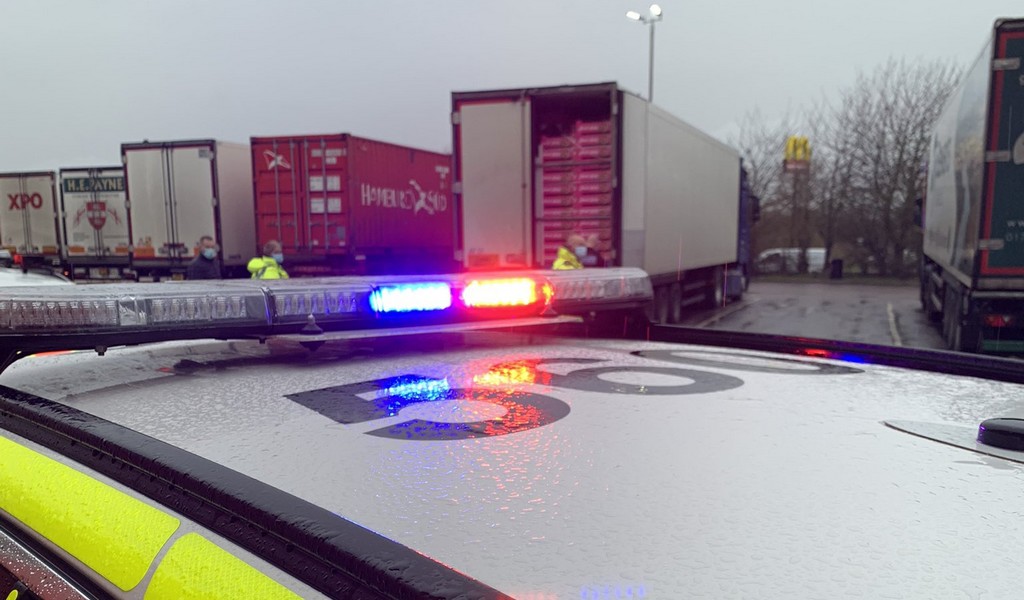 Templar European Logistics has officially appealed to the Home Office regarding the £4,000 fine it was administered for unknowingly transporting migrants to the UK – despite the fact its truck had been secured and later checked at Eurotunnel.

Templar European Logistics, which is registered in Poland but owned by Englishman Matthew Garnett, wrote about the situation on its Facebook Page last month:

Got a lovely letter of border Force today !!! Explaining that I have been fined £4,000 for calling the police and telling them we had immigrants in the trailer!! Yep got to love the mentality of the UK Government!!!

According to Templar European Logistics, the truck in question had been loaded with fresh vegetables in Italy before it stopped near Reims in France for a break. The haulier says its driver then did his walk-round checks and saw nothing unusual – the seal and locking bar were intact. The company’s driver then made his way to Eurotunnel to cross the English Channel as planned.

Templar European Logistics says the truck was checked for Co2 at Eurotunnel and was also subjected to the normal security tests, with nothing untoward found.

However, it is said that when the company’s driver parked at Oxford Services, he heard noises from the trailer and called the police. Officers then reportedly found 5 migrants inside.

On Wednesday, Templar European Logistics confirmed that it had lodged its appeal over the fine to the Home Office. It maintains that the metal seals and the 2 padlocks on the truck were fully intact when the police arrived.

The haulier described the financial penalty from the Home Office as “abhorrent and very unfair” and added that it was being punished for calling the police as “the easiest option would have been to open the doors and give them a tenner each for a taxi.” In the opinion of the haulier, the decision sets a very worrying precedent.

Those who read our initial report on the ordeal will recall that Templar lost over £40,000 due to the incident, as the load of fresh vegetables it was transporting was deemed unfit for consumption.

The incident also follows the release of a UK Government policy document that proposes punishing hauliers who unknowingly transport migrants to the UK with even stiffer fines – regardless of the security of the load. The proposals have been openly criticised by Logistics UK and the RHA, both of whom say drivers should be better protected.