A haulage boss has slammed the horrific condition of a toilet at Truckstop Veurne, posing the question as to how the road transport industry can attract new drivers with such facilities.

A driver working for Whites Transport Services recently filmed the scene at a toilet located by Truckstop Veurne’s fuel pumps, which somewhat resembled the horrid toilet seen in the hit 90s film Trainspotting. Screenshots of the smartphone video are visible in the image above.

Truckstop Veurne has since replied to the man who shot the video by blaming the state of the toilet, which was “initially clean”, on the way “many drivers” had used it. The truck stop has also pointed out that alternative, clean toilets are available on site.

Be a truck driver they said, it will be fun they said #Veurne #Belgium #Shithouse #Grim pic.twitter.com/BRWSor8Kb2

Although it was not the only toilet on site, and there are other ‘sanitary facilities’ at other truck stops in a similarly unsatisfactory condition (both in the UK and on the European continent), it’s examples like this that many hauliers believe are a factor in the current driver shortage.

Pete White, whose driver filmed the footage, told Trans.INFO that sub-standard facilities such as these are “disgusting” and asked how the industry is supposed to make itself appealing to a new generation of drivers given the state of some of the facilities.

I find it quite distressing that drivers are expected to use these toilets in the disgusting state that they are left in. It seems that they are never cleaned or sanitised and you would probably catch something sitting on that seat. How are we meant to make this industry appealing to new drivers when they will be faced with situations like this? Animals in a zoo would even have better conditions than this.

Fortunately, there are good facilities, as White himself has pointed out in the clip embedded below. However, many hauliers and truckers have made it clear that significant improvements still need to be made for the benefit of present and future lorry drivers.

Difference between UK & European Facilities for Drivers. These are the showers for drivers at a truck stop in Germany. 🇩🇪 absolutely immaculate. Not sure why all UK services and the Toilets & Showers in the services are so disgusting & unhygienic.

As for Truckstop Veurne, they provided the following response to White’s driver via Instagram:

The truck stop currently has a rating of 3.5/5 on the Truck Parking Europe app, while it’s restaurant is rated 2.5/5 on Michelin’s Truckfly website (although the latter is admittedly just based on 19 reviews).

According to the truck stop’s website, it costs €15 a night to park at the site, which offers Wi-Fi, CCTV for security, as well as laundry and truck cleaning services. In addition, the facility is roughly an hour’s drive away from Calais, which makes it practical for drivers.

The website also says that the truck stop was “recently completely renewed to offer an even better service to the truck drivers who are customers of its service station.”

When it comes to toilets, the website says “toilets are cleaned several times a day, we hope we can count on your cleanliness and respect for our work. If you see a damaged/dirty toilet, please inform us.” 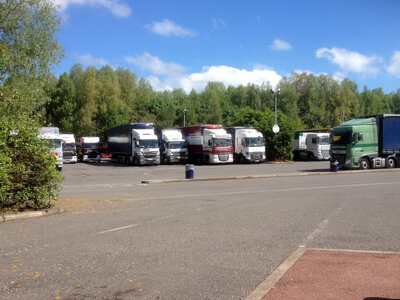 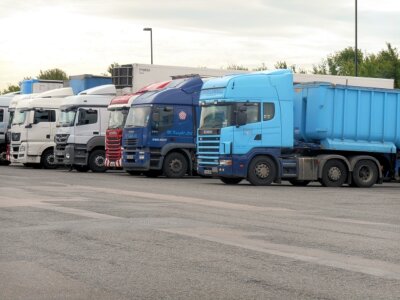