According to a local news service, Belgian police officers have issued €190,000 worth of fines after an inspection at a rest area found 101 of the 153 drivers had violated rules on weekend rest. 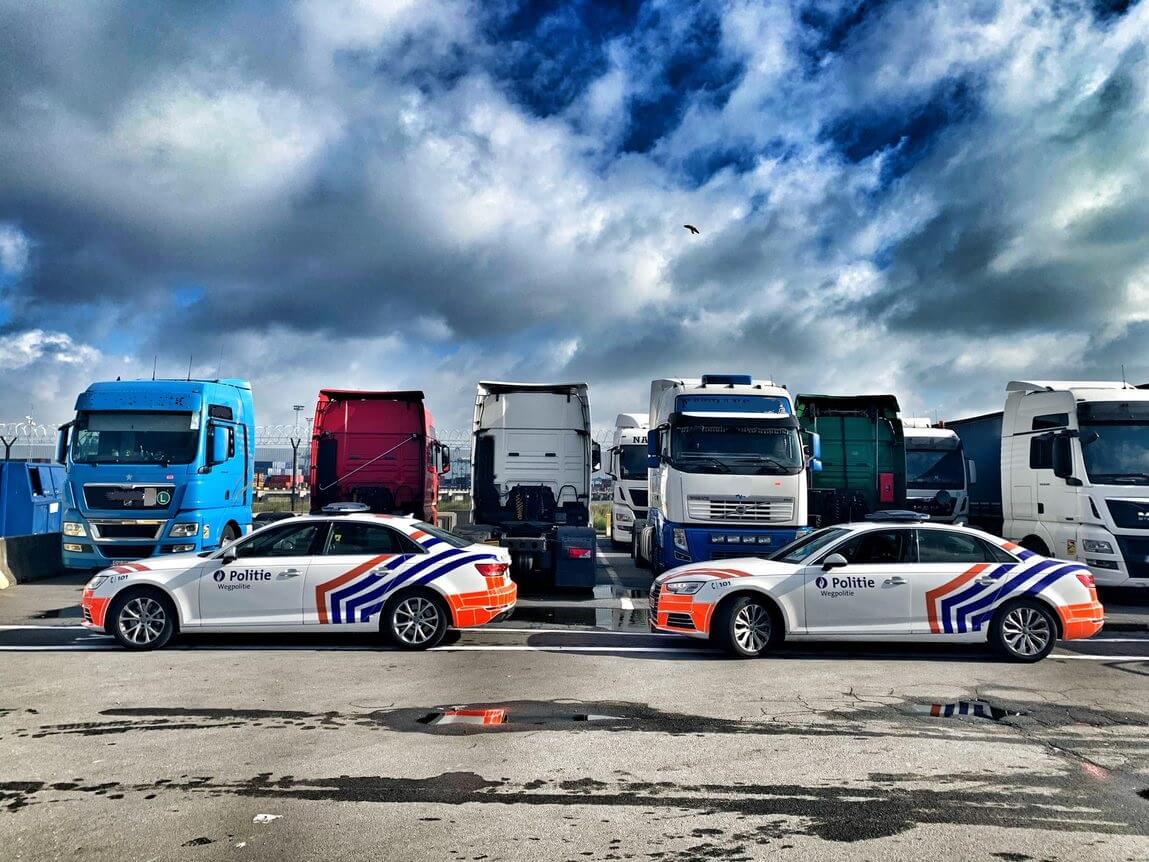 Focus WTV, whose camera crew filmed yesterday’s inspection and interviewed some of the drivers, writes that breaches of the rules on weekend rest in Flanders can see road transport firms fined up to €1,800 per violation.

The local news service adds that despite the rest area in Zeebrugge having a total capacity of 240 spaces, there are only 8 toilets on site. VRT.be, another Belgian news service, says that 239 vehicles were parked at the site  yesterday and that the checks continued into the afternoon. Therefore, the figure of 101 violations stated in the Focus WTV report will likely have increased as more vehicles were inspected later.

Footage shot during the inspection can be seen in the video embedded below.

The Focus WTV report states that the police who conducted the inspections were primarily focused on violations concerning working times and rest. In total, the police eventually issued around €190,000 worth of fines, which in most cases were sent to the road transport companies themselves.

The European Labour Authority also tweeted about the inspection, informing its followers that police from Belgium were accompanied by officers from Bulgaria.

One person was also arrested in connection with illegal employment, while three trucks were seized pending further investigation.

In addition to the 101 violations concerning weekly rest, there were 32 breaches of the new Mobility Package rule requiring trucks to return to base every 8 weeks. Moreover, there were 8 cases each of drivers’ hours violations and tachograph fraud.

The police also looked for evidence of human trafficking, while customs officers checked vehicles for any use of red diesel. Back in December, a similar investigation led to the seizure of 11 trucks in connection with human trafficking.