International Motor Show in Hannover starts today. Which trucks will manufacturers present at the fair?

The 67th edition of the IAA automotive exhibition in Hannover started today. The largest manufacturers will present their latest releases for seven days. Visitors will certainly not complain  – the organizers made sure that the hottest truck premieres were held there.

During this year’s edition, the focus was on electromobility. The largest manufacturers will bring eco-friendly fleets to the fair.

One of the most interesting premieres will undoubtedly be Scania in the plug-in hybrid version (PHEV). The vehicle has a 5-cylinder engine that can be powered with diesel or hydrogenated vegetable oil. Scania has also been equipped with a 130 kW electric motor. 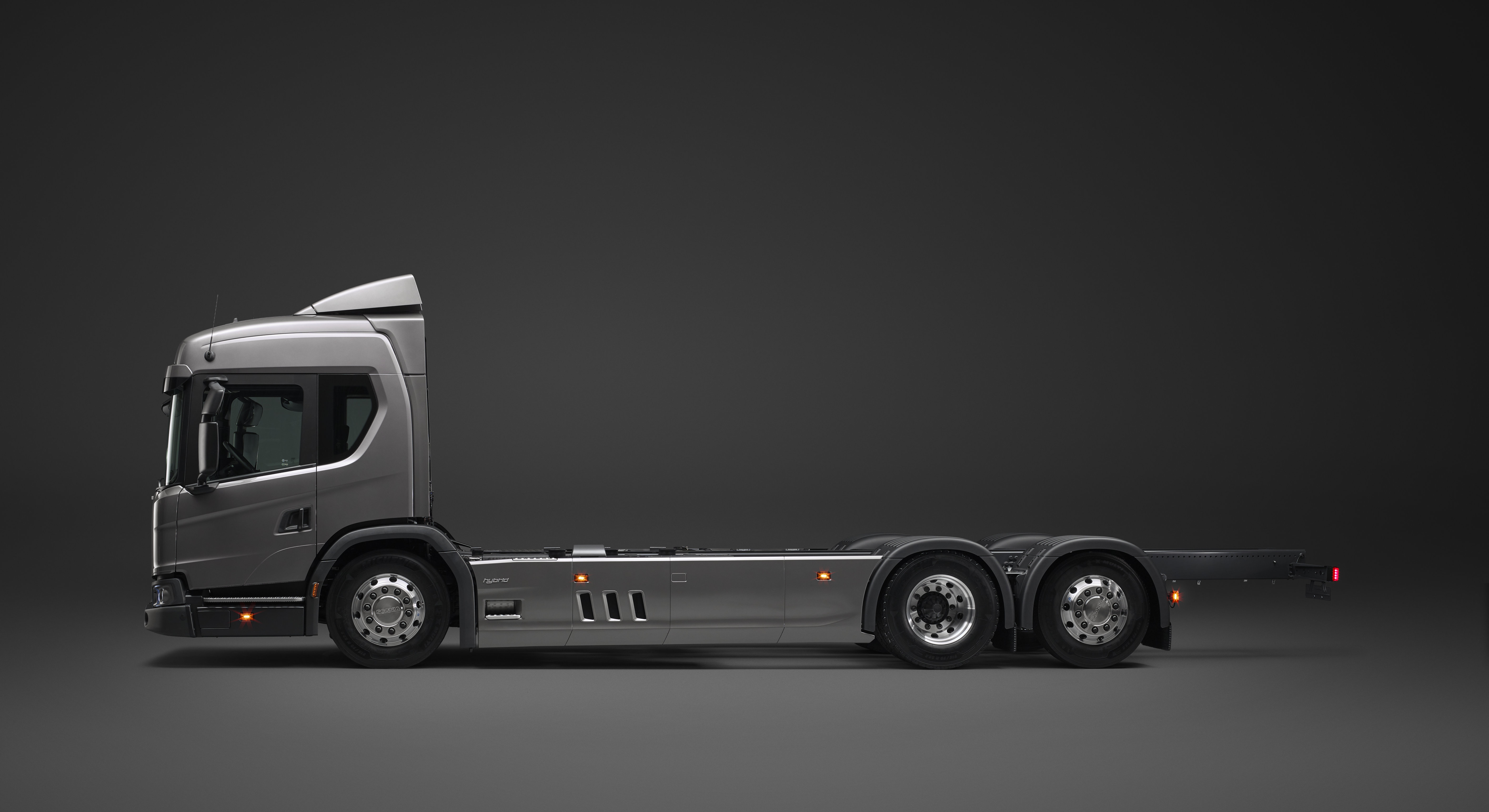 Thanks to power steering and braking, which is fully electric, the truck can only drive using the electric drive. Thanks to this, the vehicle is able to enter e.g. the city centers, where diesels are banned, without breaking the regulations. Customers can order the new Scania from November this year but first truck will be delivered only at the end of 2019.

An electric truck from Hyundai

Although the Korean producer is not a serious player in Europe, he decided to present his latest release in Germany. Hyundai is to present the concept of an electric fuel cell truck, the so-called Fuel Cell Truck. The first conceptual picture of the truck has already been published, while the entire specification of the vehicle is to be presented at the fair. 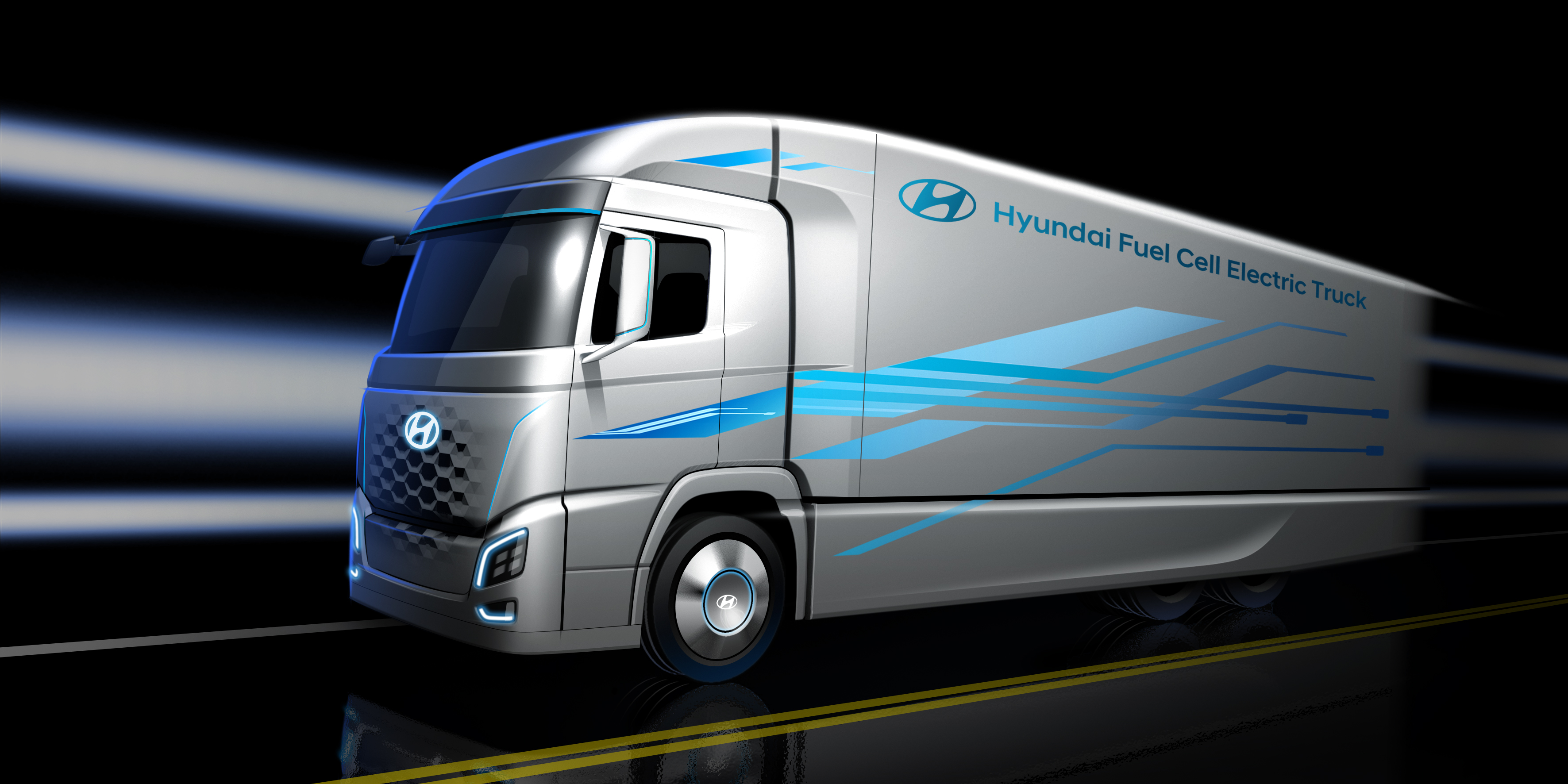 New products from other manufacturers

The largest truck manufacturers will also present their eco-friendly trucks. The Dutch DAF will reveal, among others, the CF Electric model, which when fully charged is able to travel up to 100 km.

Volvo Trucks will present FE Electric and FL Electric vehicles, the first two models from the entire series of electric trucks. The public will probably also be able to see their latest work – Vera – electric and without a cabin for freight transport. 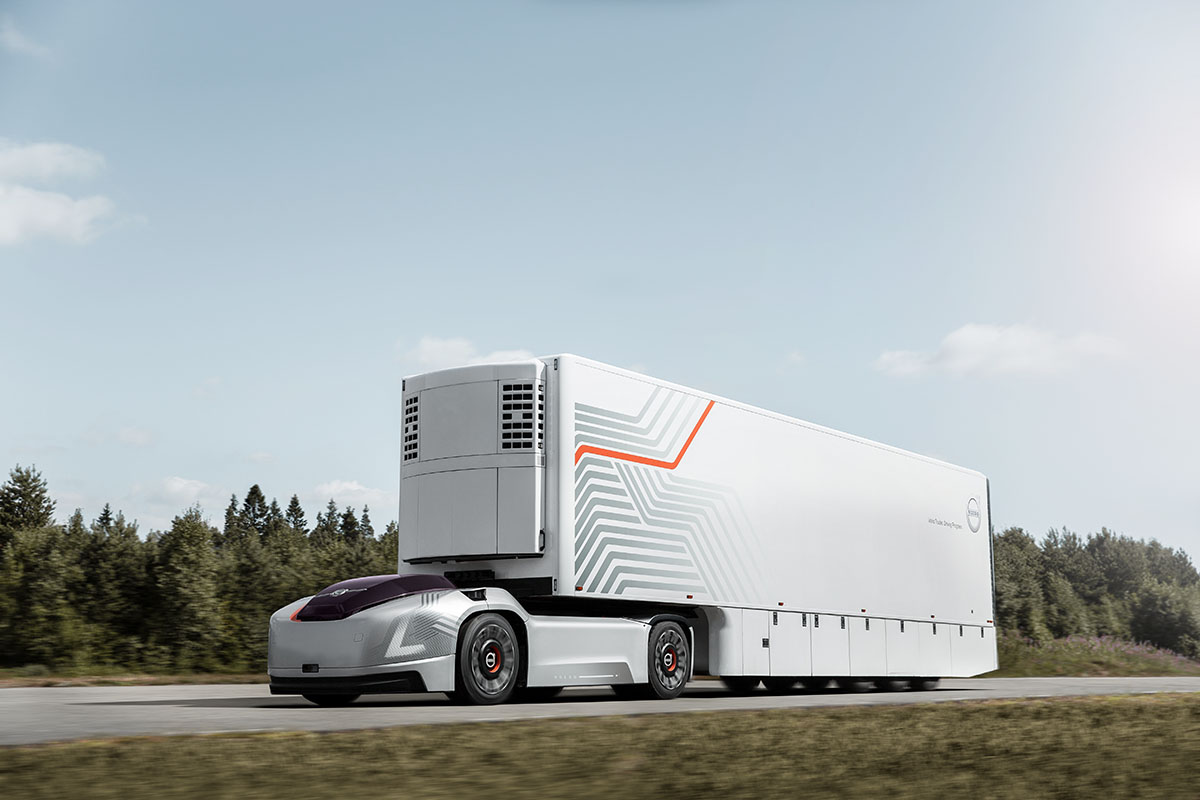 MAN also prepares a big premiere. The manufacturer will present the concept of an electric truck called the Cité. It will be an electrically driven 15-ton city truck developed in just 18 months. Cité uses a camera system to ensure the highest level of security and eliminate blind spots. The truck is powered exclusively by electricity. According to the manufacturer’s assurances, the batteries are fully charged in three hours. The range of the vehicle is 100 kilometers. 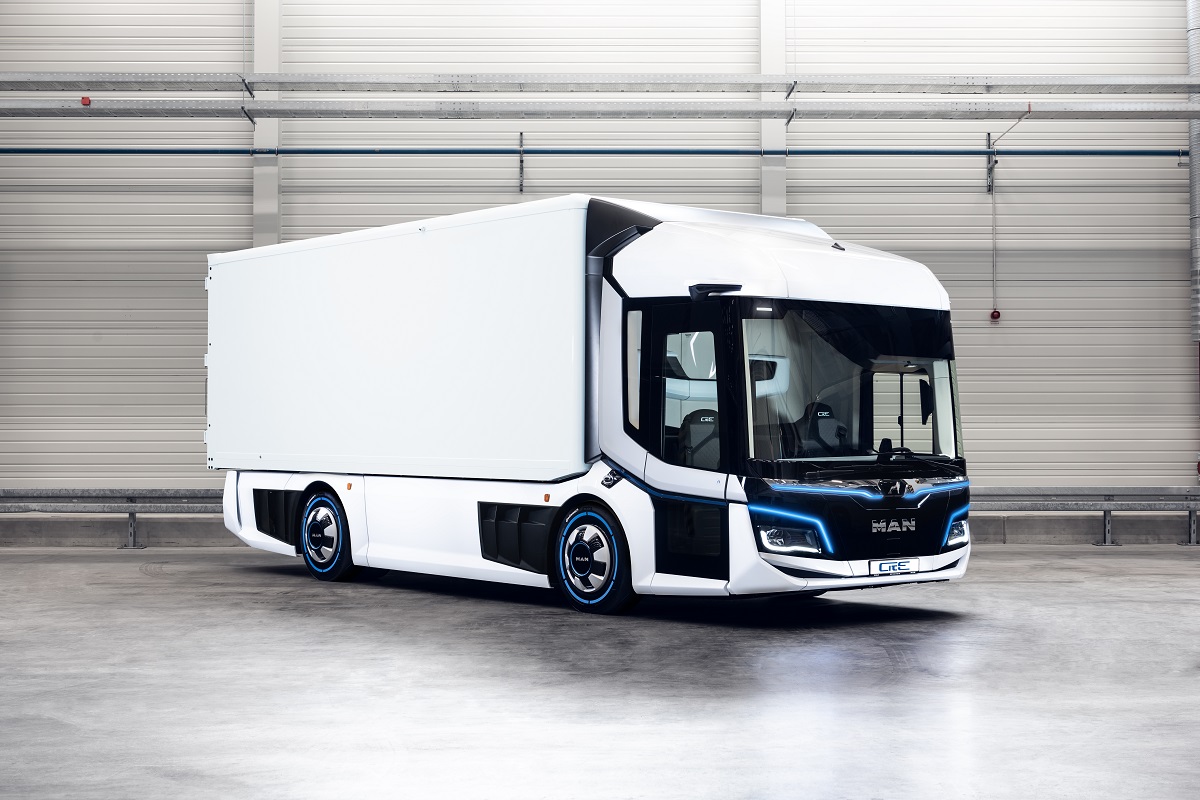 Technological novelties will also be presented at the fair. eTrailer from WABCO is a system based on energy recovery during braking, which can be re-used to drive the vehicle’s engine. WABCO estimates that their eTrailer can save up to 20 percent of fuel on short routes and up to 10 percent on long distances. 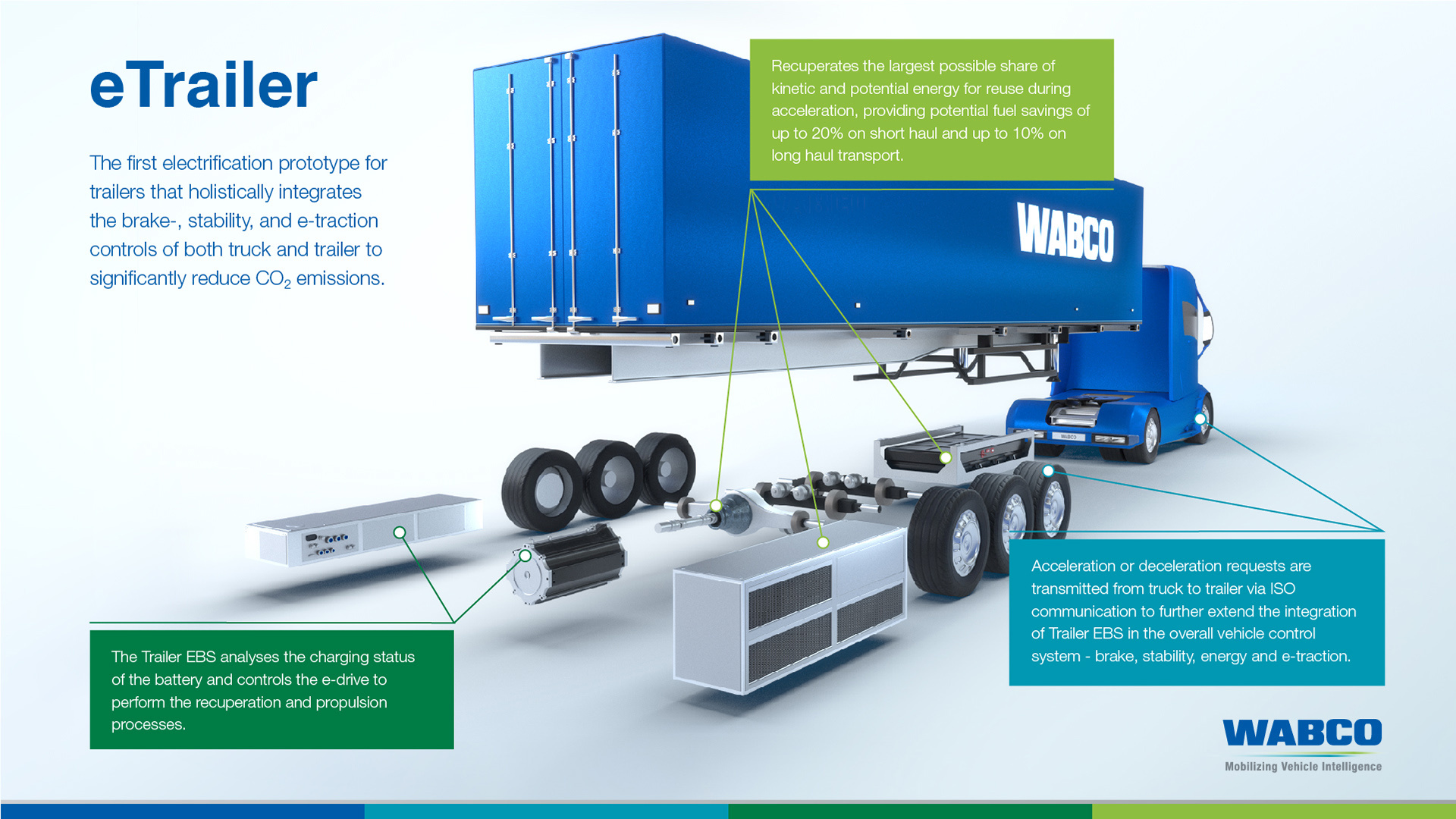 The second curiosity is the system from LUIS, which is to prevent accidents when turning right. The system is suitable for installation in both new vehicles and older models. It uses cameras that observe static objects such as parked cars or traffic light poles. Thanks to this, they protect the driver against too violent reactions due to frequent false alarms. Optical and acoustic signals will be used to alert the driver about moving objects such as pedestrians or cyclists.