The Road Haulage Association has today received the bombshell news that one of its members has terminated its membership and also called for CEO Richard Burnett to resign. 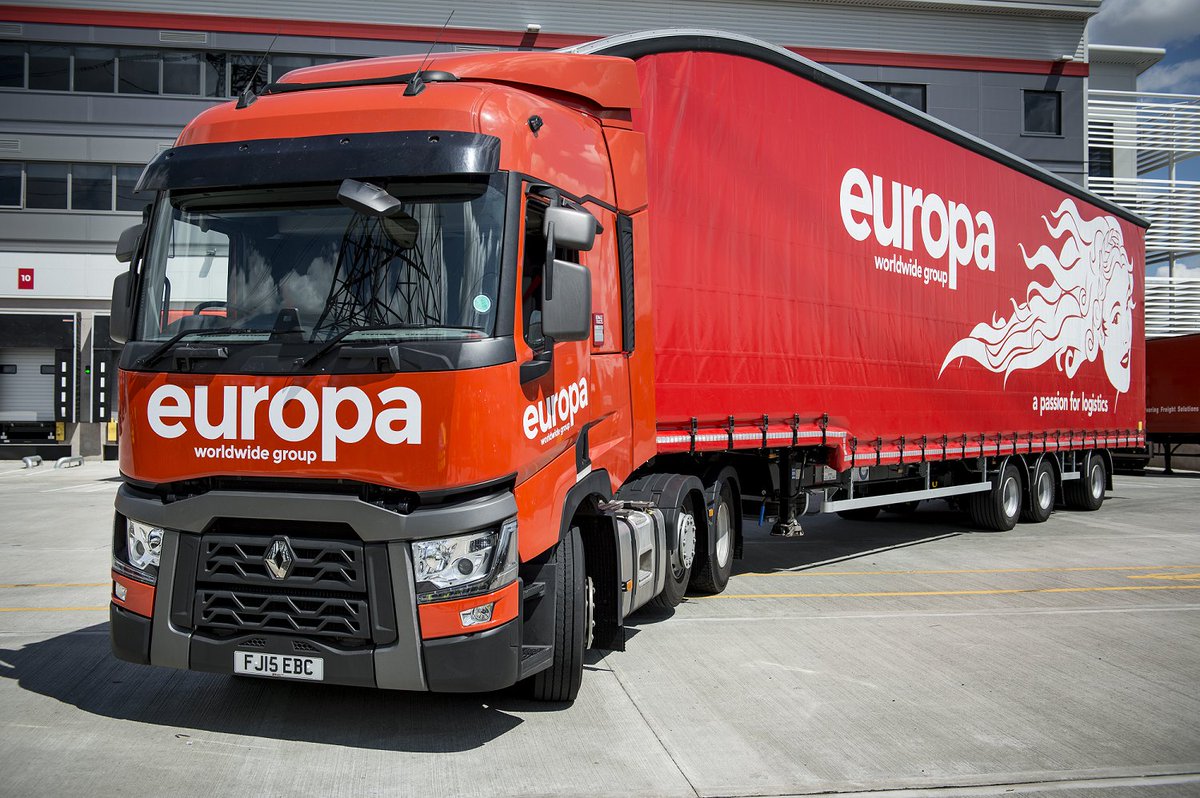 Europa Worldwide Group, which has its headquarters in Dartford, Kent, announced that it was no longer a member of the RHA on its website today.

In an open letter, Andrew Baxter, CEO of Europa Worldwide Group, blamed the RHA for the leak that some believe sparked the recent panic buying of fuel in the UK (a claim the RHA denies). Mr Baxter also criticised the RHA for not encouraging hauliers to prepare for Brexit:

Europa Worldwide Group’s departure from the RHA comes after UK tabloids including the Daily Mail and Daily Express blamed the RHA for the panic buying of fuel in Britain.

Both papers smeared Rod McKenzie, the RHA’s Managing Director of Policy & Public Affairs, and suggested that he deliberately sparked panic buying because he is ex-BBC and a “remainer”. However, McKenzie did not even attend the meeting, while the RHA’s Duncan Buchanan, who was at the meeting, denies leaking any information whatsoever.

A Mail on Sunday report published in late September claimed that a senior Government source had said the following:

“McKenzie will have been aware of Ms Hofer’s [representative of the company who transports fuel to BP]  comments and had every incentive to weaponise them. The RHA leak every meeting they have with us. They have a rap sheet as long as their arm. McKenzie is just a moaning Remainer and he and the RHA are entirely responsible for this panic and chaos. We will deal with them when this is over.”

During an appearance on Sky News on September 26th, Transport Secretary Grant Shapps suggested similar, but did not go as far as to name any particular person or organisation:

“There was a meeting which took place about 10 days ago, a private meeting in which one of the haulage associations decided to leak the details to media, and that has created, as we have seen, quite a large degree of concern as people naturally react to those things.”

That then prompted the RHA into making a swift denial. It published the following statement in response:

“The RHA wants to make it clear that it completely refutes the Mail on Sunday’s version of events.

Firstly, Rod McKenzie was not in the meeting where the BP issue was discussed.

Secondly, he is not the source of the leak. The first he heard of the comments was when journalists rang him asking for comment after ITV News story had been broadcast. He was not, as the Government source claimed, “aware of the comments” and certainly did not “weaponise” them in subsequent TV interviews.

Indeed he repeatedly stressed the need not to panic buy and that there were adequate fuel stocks.

It is also completely untrue to say that the “RHA leaks every meeting we have with them”.

The RHA believes this disgraceful attack on a member of its staff is an attempt to divert attention away from their recent handling of the driver shortage crisis.”

Following the aforementioned newspaper reports, Clare Bottle, CEO of the United Kingdom Warehousing Association, rushed to the defence of the RHA – writing on Twitter that “Government placing blame upon a trade association is shameful.”

The RHA statement above has nonetheless failed to convince Andrew Baxter, who has also called for the RHA’s Chief Executive, Mr Richard Burnett, to resign:

“It is surely now time for him to resign his position, in order to make way for new leadership who can rebuild links with the government. If or when these changes take place, we will be happy to reconsider our membership of the RHA.”

The quote above suggests that Mr Baxter wants to see the Haulage Association strike a similar tone to that of Logistics UK, which has generally adopted a much softer stance towards the UK Government.

While the RHA has used rather stark terms regarding the consequences of Brexit and the driver shortage, Logistics UK has been noticeably more reserved. Indeed, the organisation even recently held a fringe event at the Conservative Party Conference. It also regularly provides positive quotes regarding UK Government policy decisions detailed on the gov.uk website.

At the time of writing, the RHA is yet to publicly respond to Mr Baxter’s comments. It also remains to be seen whether the RHA’s remaining members will rally behind Mr Burnett, or if other companies will follow Europa Worldwide Group’s lead and terminate their memberships.