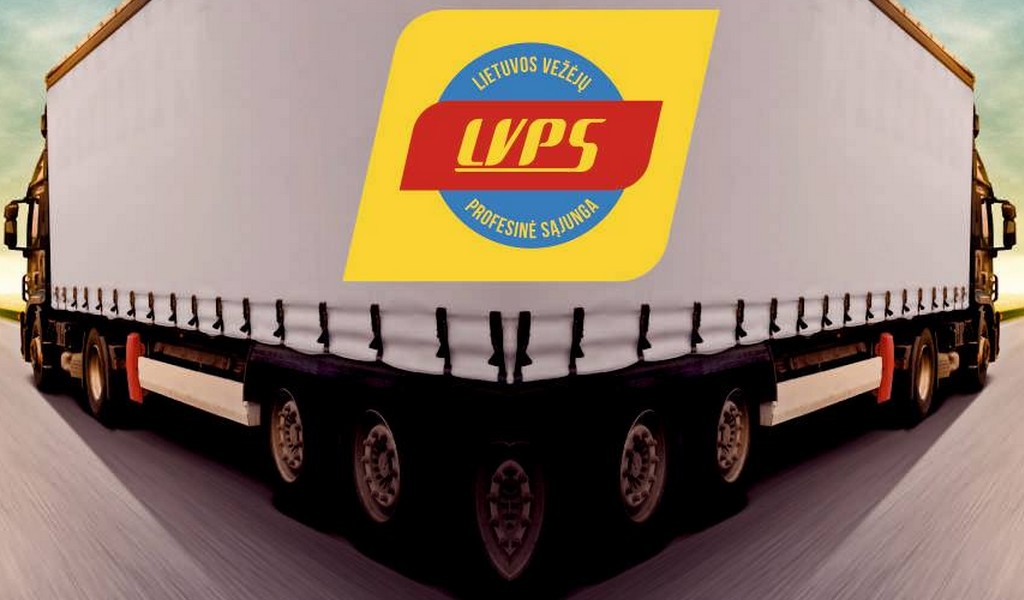 The Lithuanian carriers trade union has made a statement regarding its country’s haulage industry after receiving the deeply saddening news of a Moldovan truck driver committing suicide in France while working for a Lithuanian haulier.

According to the statement published on the trade union’s Facebook Page, the truck driver was working for RV Transport (UAB ‚Nostrada’) at the time.

Tragically, the man was found dead with a closed loop around his neck on a tow truck in an IKEA loading/unloading area.

In the last two days, the union says it has received many calls about hard working conditions and unpaid salaries. One of those who contacted the union was a driver who had worked for 87 days and received a salary of only €1,000. Moreover, another driver complained that he had been working for a fifth month without a break and that his employer would not allow him to come home.

In addition, the trade union stressed that it was constantly receiving similar complaints about “slaves in the Lithuanian transport sector” working across Europe.

The union then finished off the statement by saying “Will we let this sector continue to blight the image of our country?” 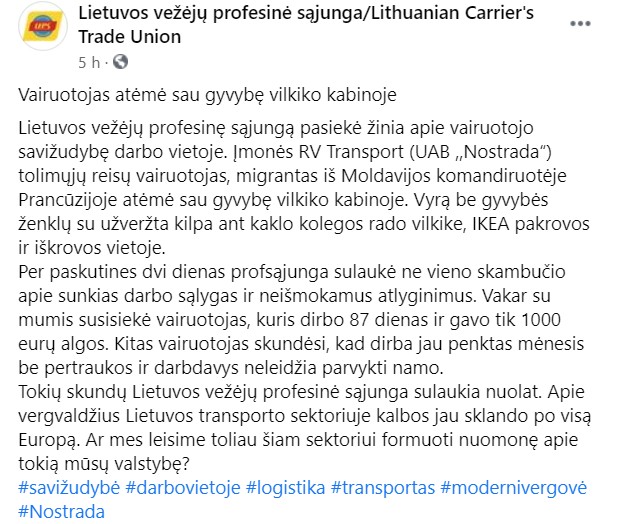