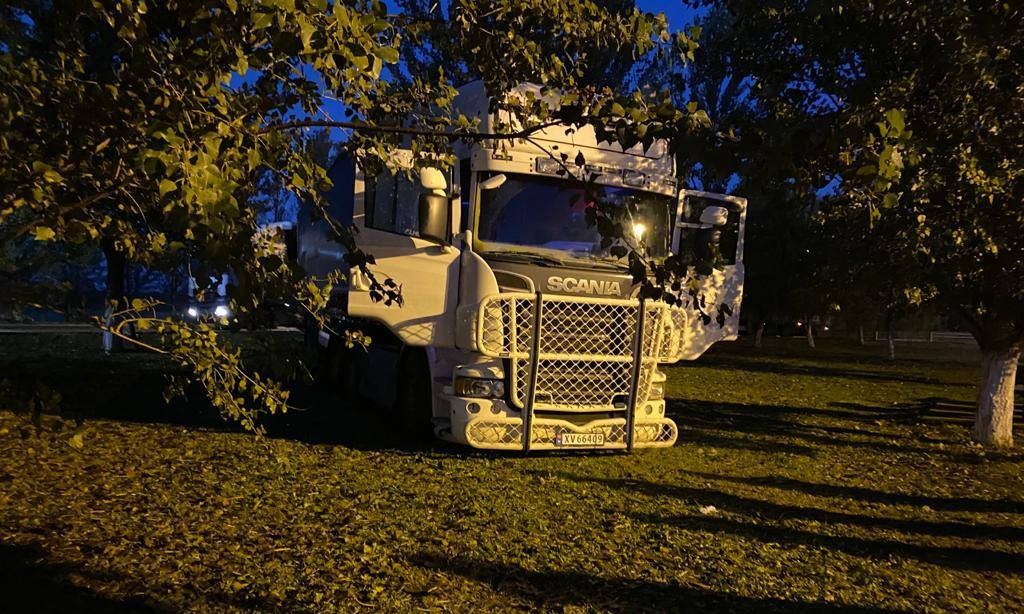 A lorry driver who beached his vehicle during an off-road attempt to avoid a border checkpoint has been fined €1,650 and ordered to pay a further €1,000 for access to Romania’s road network.

The incident occurred at at the Nadlac border point between Romania and Hungary during the early hours of Wednesday morning.

According to an official report by the road authorities in the region of Timişoara, the lorry driver wanted to enter Romania on the A1 highway, but tried to avoid the control of the CNAIR (Romania’s national road infrastructure and administration body).

As the lorry moved closer to the checkpoint, its driver opted to turned the vehicle off-road into a green field full of trees. Predictably, the truck didn’t get very far and the driver was detained by CNAIR staff until the road traffic police arrived. The incident also caused delays of around 30 minutes for the HGV traffic passing through the checkpoint.

️The driver received 2 fines, one of 6.000 lei for avoiding the control of the CNAIR, and another of 2.000 lei for road traffic violations. This amounts to approximately €1,650. In addition, the driver must pay a fee of 1.000 euros for access to the road network.