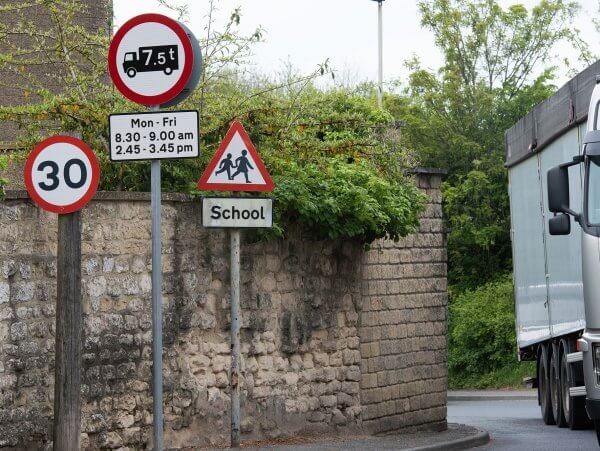 As there is a primary school in the street, a traffic regulation order is in place on Highfield Road, Malton, North Yorkshire that prohibits vehicles with a maximum gross weight of more than 7.5 tonnes from using the route during school pick-up times in the mornings and afternoons.

One of the lorries had a maximum gross weight of 32 tonnes, the second and third had 44 tonnes.

Last week, the Scarborough Magistrates had a hearing about the case, and the drivers were heavily fined; a fine of £548 was issued for the first driver, £530 for the second and  £699 for the third.

“The fines imposed by the court show how seriously the magistrates view these breaches,” said Jo Boutflower, Head of Business and Consumer Services at the county council commenting on the verdict.

The drivers were also all named in North Yorkshire County Council’s press release.