Manchester's city authority decided on Wednesday to delay plans to charge vans and Manchester-based taxis entering the upcoming Clean Air Zone. However, buses and HGVs will still need to pay the charge. The Road Haulage Association (RHA) has reacted angrily to the statement, branding it unfair and discriminatory. 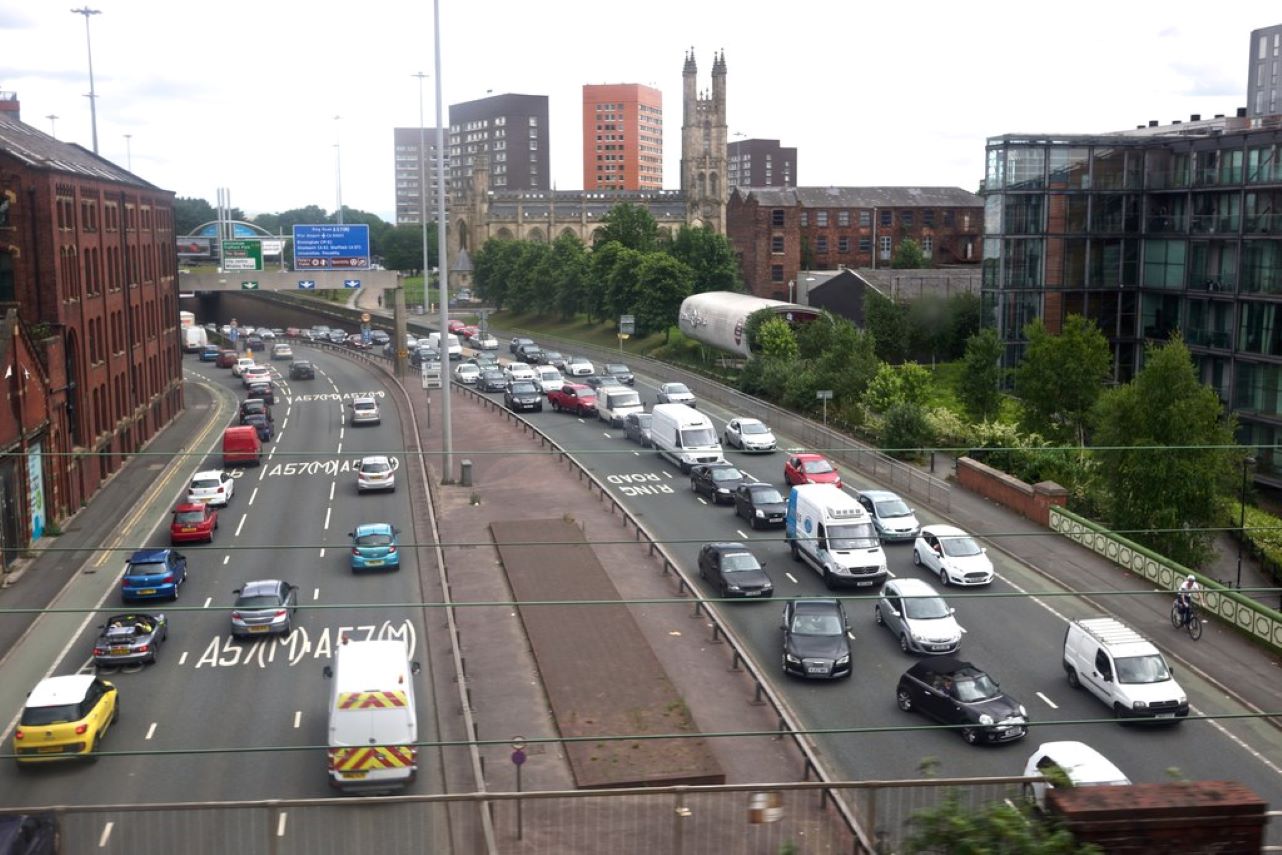 © Copyright Anthony O'Neil and licensed for reuse under CC BY-SA 2.0

When deciding on establishing a Clean Air Zone in Manchester, local authorities claimed the restriction would reduce harmful air pollution on roads, making the city-region safer for everyone.

However, due to vehicle supply problems, the Greater Manchester Combined Authority (GCMA) has stated its intention to delay plans to charge vans and Manchester-based taxis entering the CAZ. Nevertheless, “buses, HGVs and non-Greater Manchester taxi and private hire vehicles” will continue to be charged from May 2022.

In addition, during a phone-in on BBC Radio Manchester on Thursday, RHA member Lance Bromley, director of HTF Transport, challenged Manchester Mayor Andy Burnham over an incorrect claim that all lorry operators can retrofit their vehicles.

“The vehicle supply shortage has bedevilled hauliers, and it is incorrect to imply that lorry operators can retrofit all their vehicles,” said Chris Ashley, RHA policy lead on the environment. “It is unfair and discriminatory that the haulage sector is being singled out for these punitive measures.”

Ashley states an alternative solution should exist to achieve clean air. Therefore, the RHA representative asked the Mayor “to stop dogmatically sticking to a deeply-flawed policy, and join others in calling for the CAZ to be delayed and the evidence-base to be re-evaluated.”

The RHA will both raise its concerns and propose solutions such as reducing the size of the CAZ with Transport for Greater Manchester (TfGM) and the Government’s Joint Air Quality Unit (JAQU) over the coming week, added the association in a statement.

Photo © Copyright Anthony O’Neil and licensed for reuse under this Creative Commons Licence.