Massive penalty for swapping digital tachograph for analogue device. Don’t even try that

The carrier whose truck was found to have an incorrect, analogue tachograph installed may face as much as 2,250 euros in penalties. And only two years ago the company used the right device.

It was a routine check. A patrol of the Polish Road Transport Inspectorate (ITD) stopped a truck with a wrong tachograph installed in its cabin. The unauthorised replacement of the device was carried out in the last two years, as revealed by the tachograph service plate attached to the door. It indicated that as early as August 2018, the workshop was checking the correct digital device.

This illegal replacement may prove to be extremely costly for the carrier. According to ITD, the entrepreneur will now be subject to administrative proceedings. He faces a fine of PLN 10,000 (approx 2,250 euros). 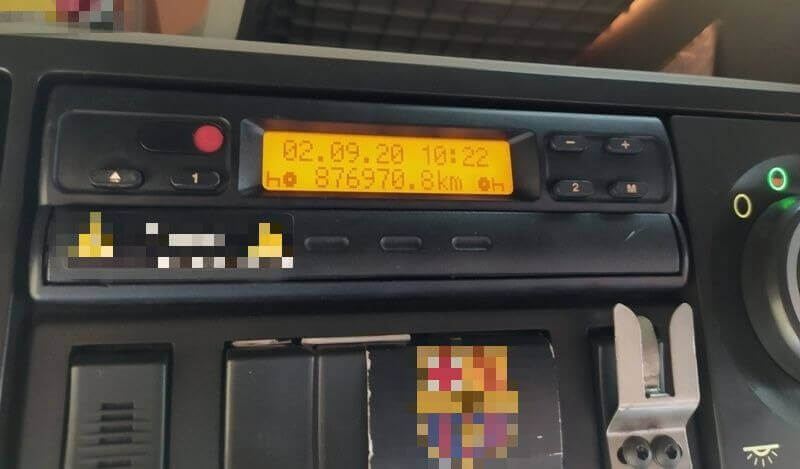 And this is not the first time this law has been violated recently. Also at the end of August, ITD officers caught a carrier who had replaced its tachograph for an analogue one. In addition, he did the same in another of his trucks a few years earlier. An administrative procedure has also been initiated against him. He faces not only a fine, but also a loss of reputation and, as a result, of transport licences.

Meanwhile, the unlucky vehicle was first registered only six years ago.