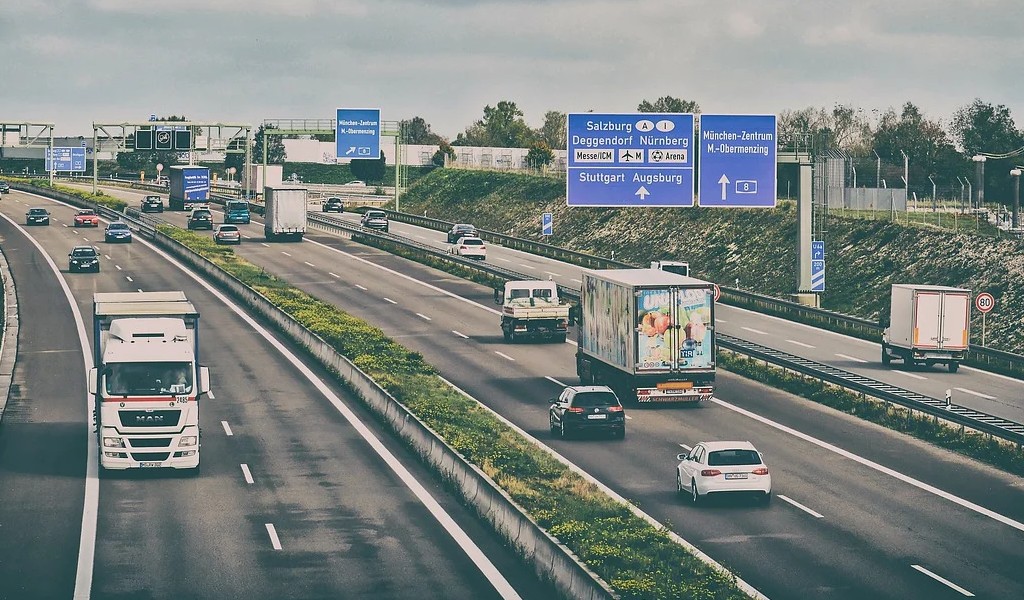 Recent research by Jobmatch.me shows that lorry drivers’ salaries have generally increased in Germany since the start of the pandemic. However, the data also reveals significant differences between regions, with truckers in some areas of the country even seeing their wages fall.

According to the research, wages in the east of Germany remain lower on average compared to the west. In Brandenburg, for example, truck drivers earn an average of €2,292 gross per month.

On the other hand, the data also shows that salary increases in eastern federal states are more common. Northern states like Bremen and Hamburg have recorded salary increases of around €280 too.

The south and the middle of Germany are typically known for higher professional driver salaries. However, Jobmatch.de’s research finds that salaries have actually dropped in these areas. In Saarland and North Rhine-Westphalia for instance, salaries fell by €200 and € 167 respectively in Q1 2021 compared to Q1 2020.

What might surprise some however, is that Mecklenburg-Western Pomerania and Thuringia, two federal states once part of East Germany, currently offer some of the best salaries for truck drivers in the country.

States in which truck drivers’ salaries have risen

When it comes to increases in monthly salaries between Q1 2020 and Q1 2021, 3 of the federal states at the top of the jobmatch.me list were also part of East Germany.

States in which truck drivers’ salaries have fallen

Moreover, the research from Jobmatch.me found that salaries have fallen in some federal states, some of which are known for higher professional rates.

The following map illustrates the development of salaries in the whole of Germany per federal state: 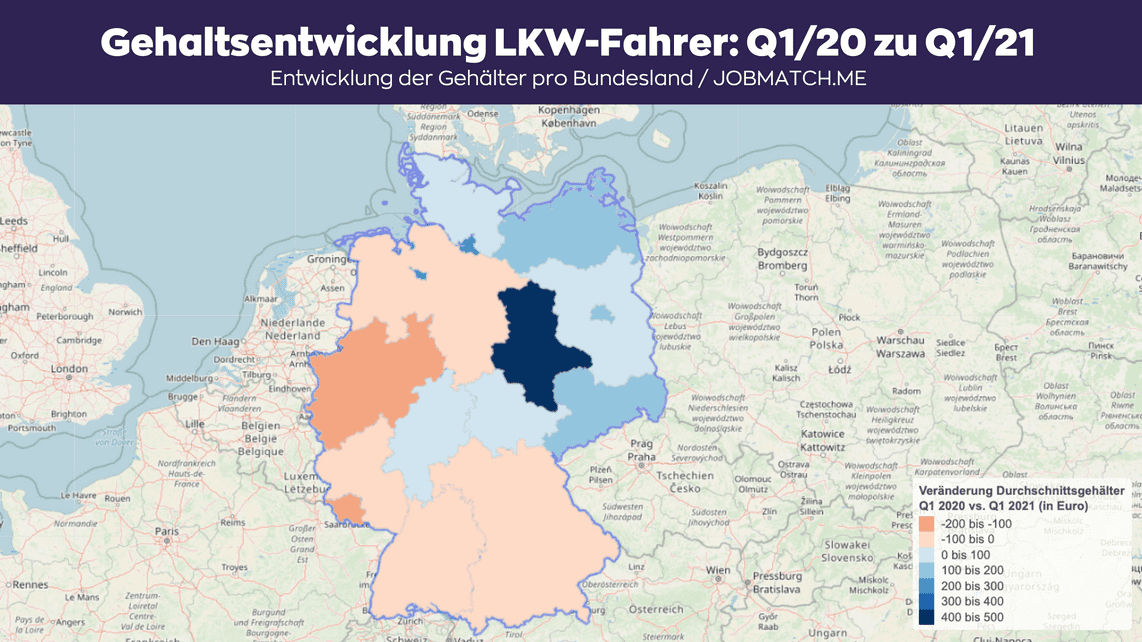 According to Jobmatch.de, the salary level of truck drivers in Germany will continue to rise, which means the trend that emerged before the coronavirus pandemic will continue. Due to the recent e-commerce boom, more drivers are being sought, and in the opinion of jobmatch.me, the competition for talent shall increase again and salaries will rise at the same time.

The recruitment website has thus advised logistics companies to hold onto the talent they have and to hire truck drivers now. By doing so, jobmatch.me argues such companies will have the means to meet demand when orders increase.