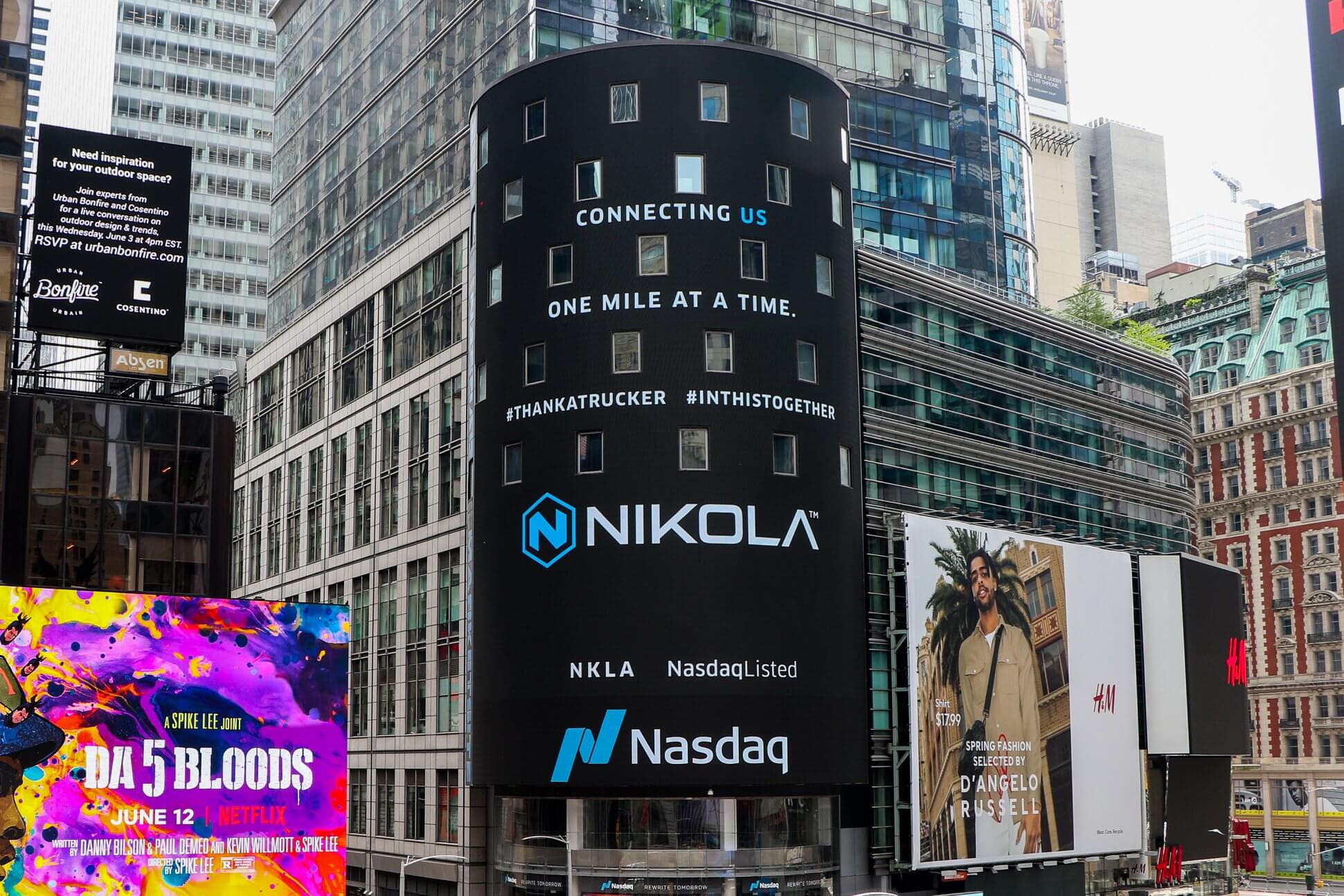 The business combination, which was approved on June 2, 2020 by VectoIQ stockholders, further solidifies Nikola as a global leader in zero-emissions transportation and infrastructure solutions. On June 4, 2020, the combined company’s shares will trade on the Nasdaq under the new ticker symbol “NKLA.”

The transaction proceeds are expected to accelerate vehicle production, allow Nikola to break ground on its state-of-the-art manufacturing facility in Coolidge, Arizona, and continue its hydrogen station infrastructure roll out.

Nikola is thrilled to complete the Nasdaq listing and be part of the ESG investment world. This is a significant endorsement in fuel-cell and battery-electric technology. Since Nikola launched its first fuel-cell semi-truck, you have seen the world rally behind hydrogen and follow our lead. What was once considered the fuel of the future is now accepted as today’s solution,” said Nikola’s Founder and Executive Chairman Trevor Milton. “With our Nikola IVECO joint venture and over $10 billion in pre-order reservations, Nikola is positioned to be a wonderful story of how one company can literally change the world.”

The company expects to generate revenue by 2021 with the roll out of its Nikola Tre Class 8 BEV, followed by the Nikola Two Class 8 FCEV starting in 2023. The build-out of hydrogen fueling stations will serve Nikola customers’ fleets, such as Anheuser-Busch.