The International Road Transport Association (IRU) conducted a survey of 450 carriers in Europe, Asia, and the Gulf Cooperation Council (GCC) countries. Its results are included in the report entitled „The future of road transport”. The survey shows that over 75 percent of companies believe that autonomous trucks will become a reality on the roads in the next 10 years. In turn, more than half of enterprises claim that the greatest threat to the transport industry is the geopolitical uncertainty.

It would seem that the problem of the lack of drivers is considered by transport companies to be the most serious obstacle in the further development of the industry. All the more surprising are the results of the survey conducted by IRU, which indicate that business leaders do not care about this fact, and even believe that today’s technology is able to cope with this problem in the next decade.

As much as 76 percent of transport companies that took part in the study expect that autonomous trucks will become a „viable option” on the roads over the next 10 years, of which more than a quarter believe that this will happen in the next 5 years. Carriers also believe the primary benefit of automation will be boosting productivity (50 percent), followed by helping to cut costs (19% percent).

Where does this optimism come from?

These increases mainly concern China and India and are driven by the opening of new transport corridors and trade routes. In addition, both countries invest in infrastructure and implement regulations to facilitate the work of carriers.

Despite the positive approach of companies to new technological solutions, their implementation can be cumbersome. As much as 71 percent of carriers believe that the main challenge to adopting technology driven innovation is cost and investment (71%), followed by a limited understanding of the range of emerging technologies available (50 percent).

There is no question that autonomous trucks will eventually be transformative for the industry – helping boost productivity, create efficiencies and enhance driver working conditions. But drivers will not become obsolete any time in the future, and in fact the industry must continue to encourage more drivers into the profession. Proper and responsible adoption over time is required, and we must see full cooperation from all industry stakeholders.” comments Boris Blanche, IRU’s Managing Director.

Fully autonomous truck driving (level 5) will still be decades away according to the expert’s panel at the #IRUWorldCongress, but level =<3 is developing rapidly is at your fingertips. pic.twitter.com/x0Ci6uFSAJ

We have the autonomous trucks, what about the infrastructure?

As experts emphasize, the availability of new technology does not mean that it is safe. An example is a fatal accident when testing Uber Freight autonomous vehicles, which led to a sudden suspension of tests.

An additional problem is the lack of infrastructure and money for new investments that could enable the implementation of new technologies in transport.  IRU’s Secretary General, Umberto de Pretto stresses that before it is possible to talk about the introduction of such complex technologies as automatic trucks, issues such as the transition to digital records, the improvement of traceability, security, and productivity should be addressed.

For technology to take hold, and for the industry to truly benefit from it, we must ensure we have the foundations in place. This means first getting the basics right, such as full transitioning to digital documentation, improving traceability, security and efficiency. We must work harder to join the dots between operators, service providers, manufacturers and governments to nurture a supportive environment for innovation and digitization,” explains de Pretto.

The greatest concerns of entrepreneurs

Transport companies that took part in the survey face many geopolitical problems. Brexit, constant conflicts in the Middle East and the tariff war make entrepreneurs forced to function in very difficult conditions. No wonder that as much as 57 percent of the respondents, see the uncertain geopolitical situation as the biggest threat to the transport industry.

The risk of global recession and the challenges associated with keeping up with the changing demand of clients are perceived as the second and third largest threats (52 percent).

Among European carriers, up to 48 percent of companies believe that excessive regulation is the biggest barrier to their further development.

Technology and automation are the topics of the IRU World Congress, a new global event for transport, logistics and mobility, which began on Tuesday in Muscat, Oman. 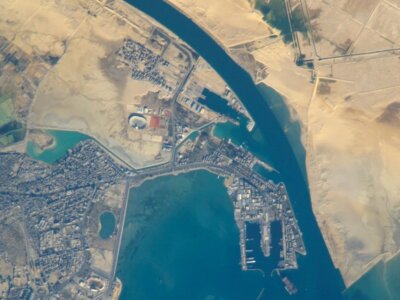 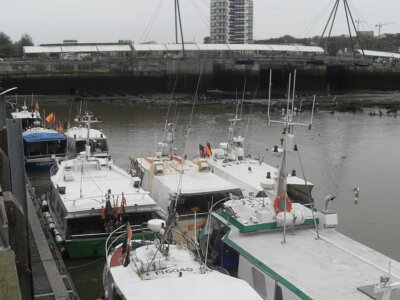 French fishermen set out to block...