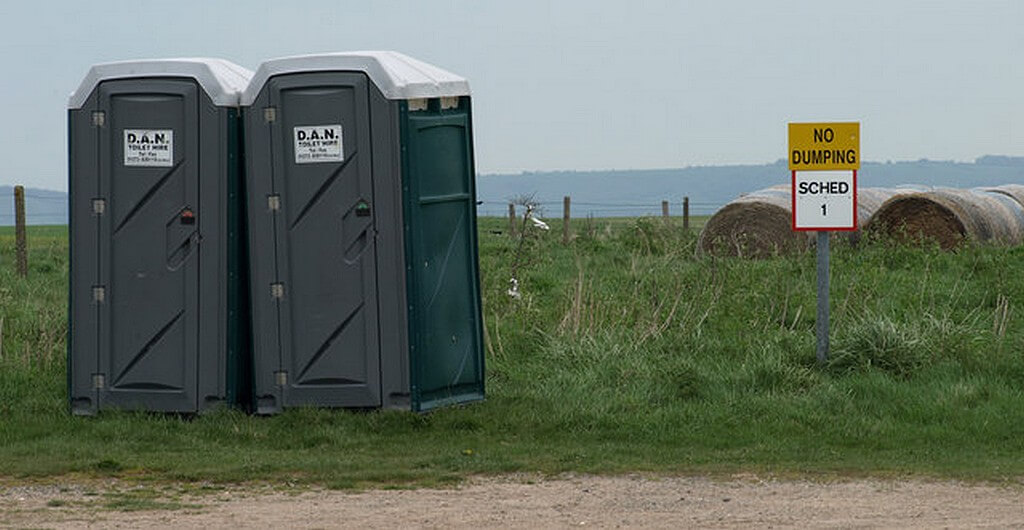 The UK Government plans to install portable toilets alongside roads in Kent for the benefit of lorry drivers who may be stuck in long queues when the country leaves the EU single market.

The government’s own research anticipates queues in Kent could be as long as 6,500 trucks, hence the need to install portaloos in the region. Rachel Maclean, a parliamentary undersecretary of state in the Department for Transport, has also said that portaloos and other facilities are to be installed in regions across the country:

“We have detailed plans that we’ve worked up for provision of not only Portaloos but other facilities for drivers, and not only in Kent, should it be necessary, should there be stationary traffic, but also in a range of other areas throughout the country, because we really want to minimise the impact on those drivers who are already working really hard.”

Although the portable toilets will hardly be a lap of luxury, they will at least provide some sanitary facilities for drivers in the event their journeys are significantly delayed come January.

On the other hand, however, the lack of quality facilities available to drivers remains a growing concern. Just yesterday we reported on a lack of facilities prompting a row in Staffordshire, while a petition has also been launched to call for better HGV welfare facilities. In addition, the need for improved driver facilities has been highlighted by experienced haulier Geoffrey Cave-Wood, who claims that the parking facilities in Egypt are better than those in the UK.

Meanwhile, RHA chief executive Richard Burnett has told the UK’s Brexit Select Committee that 91% of international hauliers feel they don’t have the clarity to complete Brexit customs processes, according to a survey conducted last week.

He also warned that the second spike in Covid cases in the UK would make it very difficult to recruit and train the 50,000 customs agents required to deal with the extra paperwork Brexit entails. As a result, Burnett believes the predictions of queues spanning almost 7,000 trucks were „possible” and added that „his past experience in the industry has shown that mistakes and logjams happen when people aren’t 100% clear on what they’re being asked to do.”