A new BBC Three show titled ‘Queen of Trucks' is to follow the young owner of a lorry driving school as she aims to “supersize" her West Midlands business. 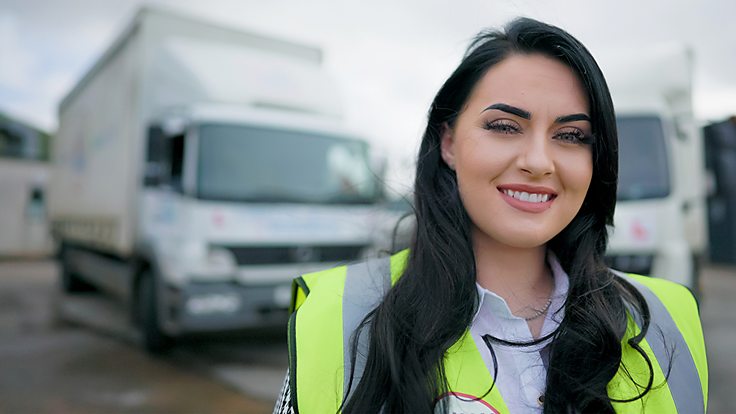 According to the BBC’s Media Centre’s programme notes, the show will centre on “fun-loving” 27-year-old Shannon Paterson, who is “on a mission to shake up the haulage scene, get more young drivers on the road and help ease the HGV driver shortage.”

It is said that Paterson “is in the fast lane for success” and has “huge plans to supersize the family business in the West Midlands” so as to keep up with demand. The BBC adds that Shannon took over the company at a time of tragedy for the family but as the daughter of a veteran HGV driver, trucking runs in her blood.

The programme will feature Shannon’s Willenhall-based driving school, where young learners are attempting to complete an intense five-day crash course. In addition, while helping to raise her younger sister, Shannon is also filmed trying to get her own HGV licence with help from veteran instructor and father, Trevor.

The show features segments shot in-cab fixed cameras and also contains footage from behind the scenes at the training centre.

In a promo for the show, Shannon told BBC Sounds: “We’re trying to change the stigma on lorry drivers’ and really encourage the younger generation to get involved and give it a go.”

The truck driving school owner, who considers the profession of lorry drivers to be a “long standing and reliable job”, added:

“I do hope that everybody enjoys it [the show]. It is a family programme as well. It is good to see that this industry can be quite a fun place to work.”

The one-off show has a running time of 30 minutes and will be broadcast on BBC Three on Monday July 4th at 8pm.