Rail transport between Duisburg and China is increasing 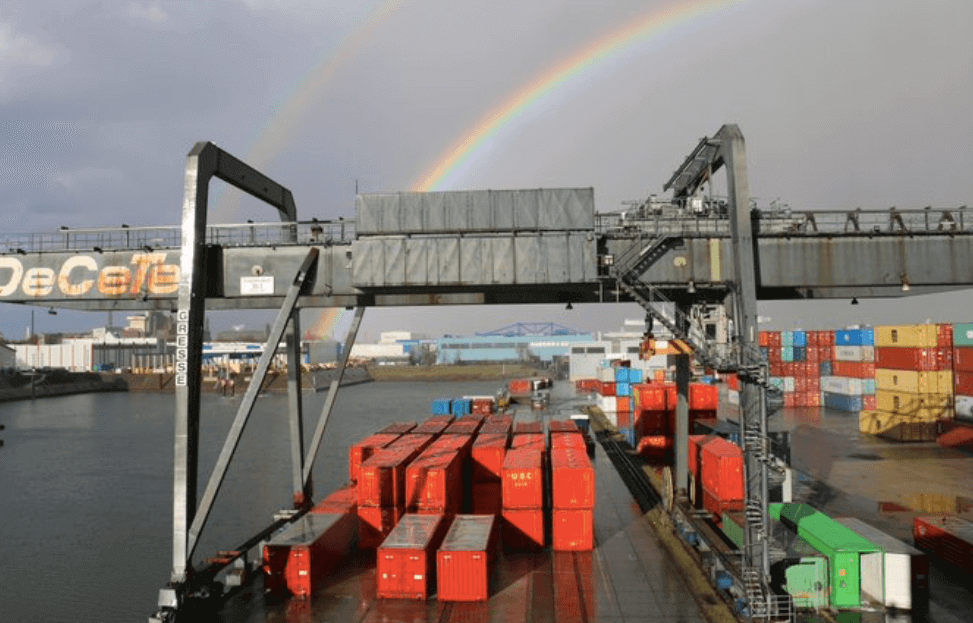 In February and March, the crisis triggered by the coronavirus pandemic significantly reduced rail traffic between Duisport in Germany and China. In April, however, the situation changed dramatically and the port handled a record number of shipments.

Rail freight transport with China rose to record levels last month, according to Duisport, owner and operator of the inland port of Duisburg. The port currently operates 50 trains per week. Usually, there are 35 to 40 trains a week from Duisburg to different locations in China. According to the operator, behind the strong growth is the recovery of the Chinese economy, which is starting to catch up after the downtime caused by the pandemic.

We are clearly feeling the effects of catching up caused by the pandemic in Chinese business. At the same time, however, we worked intensively on our network in April and expanded our train offer with additional destinations in China. Duisburg is already the preferred destination for Chinese rail freight transport in Europe. As an efficient logistics centre, we also have the advantage of fast transport to seaports on European coasts. Rail transport is proving to be an important alternative to sea freight, especially in times of crisis,” declared Erich Staake, General Manager of Duisport.

Railway transport on the New Silk Road is gaining in popularity and although technically speaking it runs through Polish territory, operators are looking for alternatives. This week, the first large transport from China with millions of face masks and coronavirus control products arrived at Rostock seaport. The train with, among other things, 7.4 million face masks left Xi’an and arrived in Germany, bypassing Poland, using the Eurasia Railway Bridge, a sea connection from Königsberg (Kaliningrad) to Rostock.

In just twelve days, the train from the terminal in Xi’an in China covered a total of 10,000 km through Kazakhstan and Russia to Kaliningrad. From there, the containers were sent to Rostock, and then by rail to Duisburg and Verona. The last stage of transport is carried out by trucks. DB Schenker and DB Cargo are responsible for full door-to-door delivery, including packing, customs clearance and customer documentation. According to the German Railways (Deutsche Bahn), the connection is to be operated weekly.