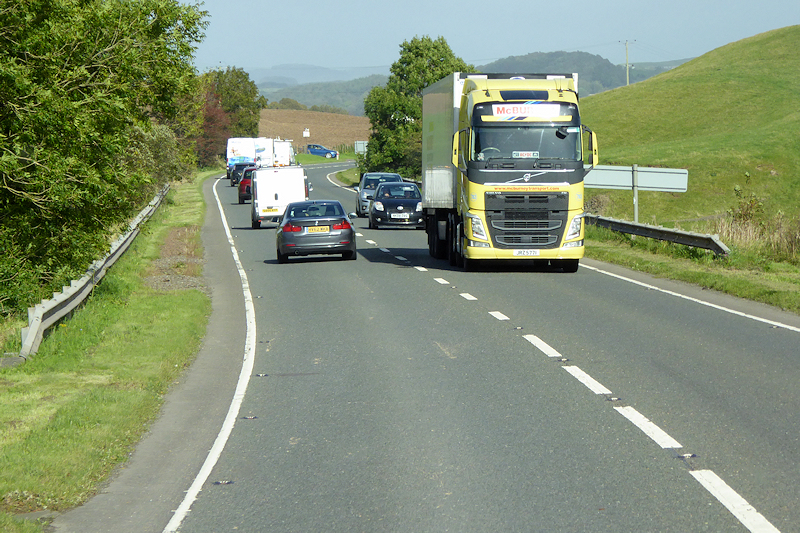 The UK Government has reportedly discussed increasing limits on drivers' hours during an emergency meeting with industry representatives regarding the current HGV driver shortage.

The report comes from the Guardian, who write that “officials from the Department for Environment, Food and Rural Affairs (Defra) are understood to have discussed potential solutions, including relaxing restrictions on drivers’ working hours and increasing capacity for HGV driving tests and training to help bring in new local drivers.”

In addition, the newspaper reports that Defra is also considering the possibility of adding the position of lorry driver to the UK’s shortage occupation list, which would make it easier for companies to employee foreign truckers from all over the world – not just EU and EEA nations.

The above proposals were said to have been discussed at an emergency Defra meeting that featured representatives from the retail, wholesale and logistics industries.

RHA: “relaxing drivers hours is not an adequate solution to the problem”

A change of drivers' hours rules has already been proposed by retailers; back in May the RHA revealed that the UK Government had rejected requests from the industry for the rules to be relaxed.

The RHA has recommended as many as 12 actions it wants to see implemented to alleviate the current driver shortage, but changing drivers' hours rules isn’t one of them.

In May, the Road Haulage Association stressed that “simply relaxing drivers hours is not an adequate solution to the problem.”

RHA press officer Paul Mummery also told The Grocer: “Drivers hours are there for a reason, to keep everyone safe and to ensure people aren’t exploited. We accept in emergency situations the government will extend drivers’ hours, but it really needs to be extreme.”

Earlier this month, crisis talks were also held between the Department of Transport and Logistics industry representatives. The latter stressed the need for the testing backlog to be sorted, as well as the need to make it easier to employee drivers from EU and EEA countries.

The UK Government nonetheless stood firm, saying on one more than occasion that solutions to the driver shortage problem can be found within the industry, and that it was up to employers to make their vacancies more attractive to British workers.

However, since those emergency meetings, the problems and headlines caused by the driver shortage have not gone away. Some supermarkets have been unable to provide a smooth supply of fresh salads in some regions due to the shortage, while Tesco says the driver shortage is causing them to waste 48 tonnes of food waste every week.

Could the government change its stance to avoid empty supermarket shelves?

A number of political commentators believe food shortages to be one of the things the UK Government is especially keen to avoid, as the problem would be visible to everyone and could be blamed on Brexit.

This is thought to be the main reason why the UK has not yet fully implemented checks on EU goods entering the country, and may even delay checks further if there are any doubts that the customs facilities, systems and staff are not ready.

In January, the Chief Executive of the UK’s customs and tax authority even admitted that the government would lose £800m in customs duty and VAT in 2021 as a result of waving through trucks carrying EU goods bound for supermarkets.

Should there be a danger of empty shelves in supermarkets becoming more widespread, some believe the UK Government will accept some of the proposals from the retail and logistics industry it had previously rejected.

What proposal could the government accept first?

When it comes to which of those proposals will be taken on board first, it is not unreasonable to assume that increasing drivers' hours rules would be in pole position.

Of course, measures to alleviate the testing backlog and help get young British drivers into the industry can also be expected. However, given the immediacy of the problem, speeding up testing and part-funding training will likely not be sufficient to fully remedy the shortage in the short-term.

It also goes without saying that none of the above measures address what many truckers believe is the real reason for the shortage – poor pay and working conditions as well as sub-standard facilities.