Last week, the RHA quietly announced it's chief executive, Richard Burnett, had resigned. The news, which was made public only via the Motor Transport website and no official RHA channels, inevitably sparked speculation that Mr Burnett had left the role following the government-led smear campaign the RHA faced in October. Although the RHA's Managing Director of Policy & Public Affairs insists Burnett left of his own accord, some industry figures remain unconvinced. Now, with the government seemingly getting its way, what does this mean for trade associations in the UK going forward? 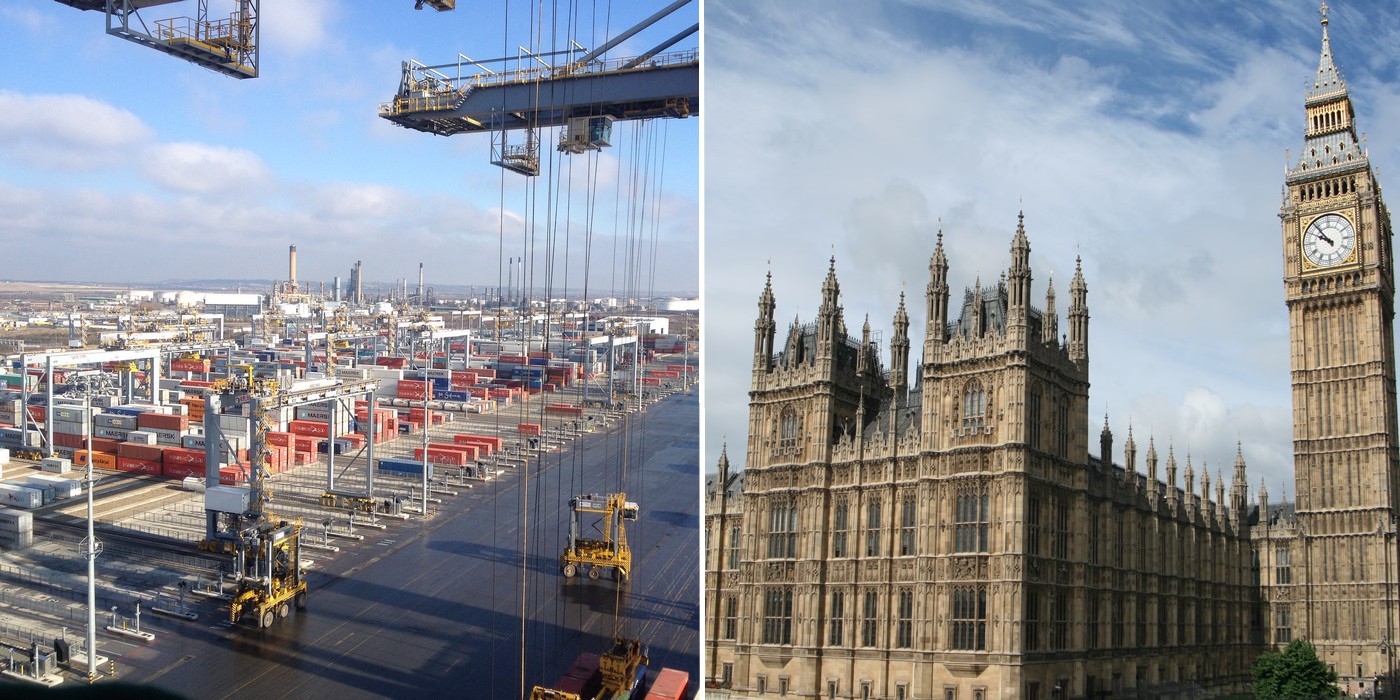 Photo credits: Alan Cleaver / Flickr / CC BY 2.0 + Department for Transport (DfT) / Flickr / CC BY-NC-ND 2.0
For the benefit of those who missed the story, Richard Burnett will leave his current role on December 31st having spent 7 years as chief executive of the RHA. Unusually, the news of Mr Burnett’s registration was only published on the Motor Transport website; no statement was made on the RHA’s homepage, nor did any senior RHA figure announce the resignation on social media.

In a follow up article addressing the speculation surrounding Burnett’s resignation, Rod McKenzie, the RHA Managing Director of Policy & Public Affairs, told Motor Transport: “Richard spent seven years at the top and he is leaving because he wants a change.”

However, Motor Transport also spoke to Pall-Ex Group chief executive Kevin Buchanan about the news. He appeared to be concerned that the fallout with the government may have had some bearing over the resignation.

Speaking to the online road transport magazine regarding an RHA meeting in October, in which Burnett referred to the aforementioned fallout, Buchanan said:

“Richard Burnett appeared wounded by the run-in with government and perhaps that influenced his decision to resign. Perhaps he had had enough. Perhaps he did not get enough support from the board at that time. I know the board agreed to step back, to disengage and reach out to government in a few weeks’ time. Was that enforced or was it an agreed strategy? Or maybe he found the corruption of this government a very unpalatable thing to deal with.”

This speculation has only heightened following comments from RHA chairman Moreton Cullimore, also published by Motor Transport. Cullimore told the industry website that on the same day as Mr Burnett’s resignation, the RHA had written to the UK Government in order to re-establish direct communications with Transport Minister Grant Shapps.

Mr Burnett’s resignation also comes roughly two months after a Kent logistics firm quit the RHA and said it would only consider returning if Mr Burnett left his role.

In an open letter published in mid-October, Andrew Baxter, CEO of Europa Worldwide Group, blamed the RHA for the leak that some believe sparked the recent panic buying of fuel in the UK. Mr Baxter also criticised the RHA for not encouraging hauliers to prepare for Brexit:

More recently, in light of Burnett’s resignation, Baxter, who has donated to the Conservative Party on several occasions, criticised the RHA for “winding up” the government via media appearances rather than working constructively with ministers.

The RHA has emphatically rejected the claims made by Mr Baxter and others that Rod McKenzie or anyone else at the RHA leaked information that sparked the panic buying of fuel in early Autumn. 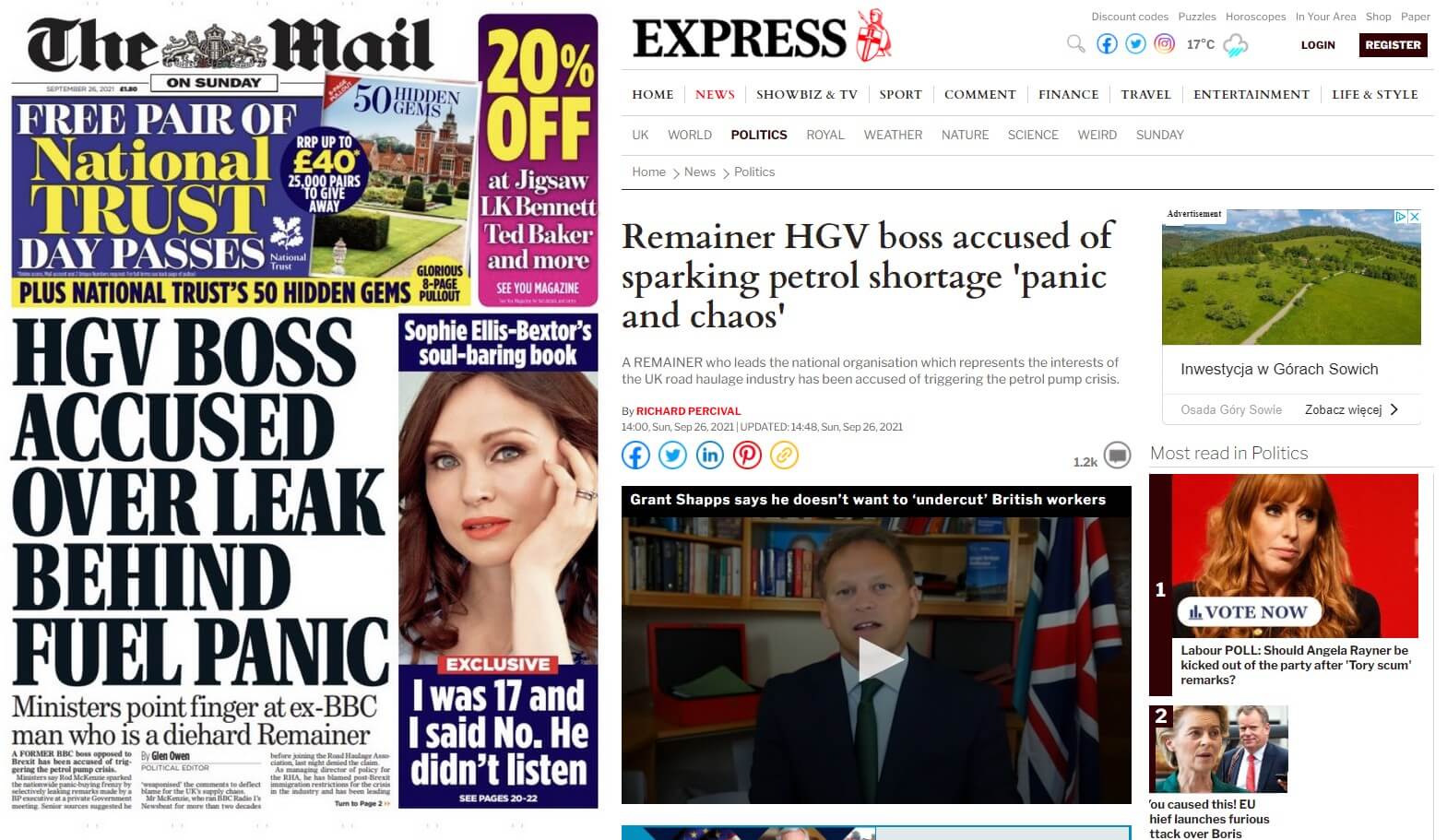 Even so, with Mr Burnett soon no longer at the RHA, it appears the government ministers who wanted a change at the top of the organisation have got their way. In light of this, what does the situation mean for trade associations going forward? Could we see bosses of these associations become more reluctant to scrutinise the government in fear of history repeating itself?

Clare Bottle, CEO of the United Kingdom Warehousing Association, told Trans.INFO that trade associations must continue to represent their members and hold the government into account – even if it means speaking truth to power:

“In any trade association, the executive team owe their allegiance to the Members: that’s the whole point of the organisation.  Chief Executives have to show leadership and that often means speaking truth to power, so it’s the kind of position that attracts people who care about their industry and have something to say. At UKWA, I believe our Members are best served by building & maintaining constructive relationships with a complex range of stakeholders across government and holding them to account in a way that furthers the wider interests of the logistics sector.”

“BIFA works closely with the various Government departments that are involved in issues affecting the work of freight forwarding and logistics companies. If you look back through the news area of the trade association’s website, you will see plenty of examples of both constructive criticism of government policy, as well as praise, where either are appropriate. There will not be any change in that approach.”

Meanwhile, as we move into 2022, the RHA has plenty to keep its hands full. Brexit checks on EU goods are expected to disrupt freight flow into Great Britain, while the Omicron covid variant is set to cause more fluctuations in demand early next year too.

On top of that, some drivers and hauliers are keen for the RHA to secure more gains in light of the Spanish haulage association securing a raft of key measures following negotiation with the Spanish Government. This is something that was even addressed today by Rod McKenzie, who, when sharing our report on the deal, described the Spanish measures as an “interesting win”  and “an interesting package which many in the UK would agree with”.

Interesting win for Spanish truckers here …RDC waiting times limited to an hour stands out but its an interesting package which many in the UK would agree with . @RHANews https://t.co/xfYISdHqFG

It must be said, however, that the Spanish haulage deal was achieved following last minute talks to avoid a potentially catastrophic nationwide haulier strike. The RHA and its members have so far avoided taking such drastic measures, and it remains to be seen whether it can achieve similar results simply by lobbying and or pressurising government ministers.