Data from FourKites, one of the world's leading supply chain visibility companies, has shown that despite improvements in 2022, over-the-road shipments in and out of the UK are still subject to noticeably more delays compared to when the country was in the European Single Market. 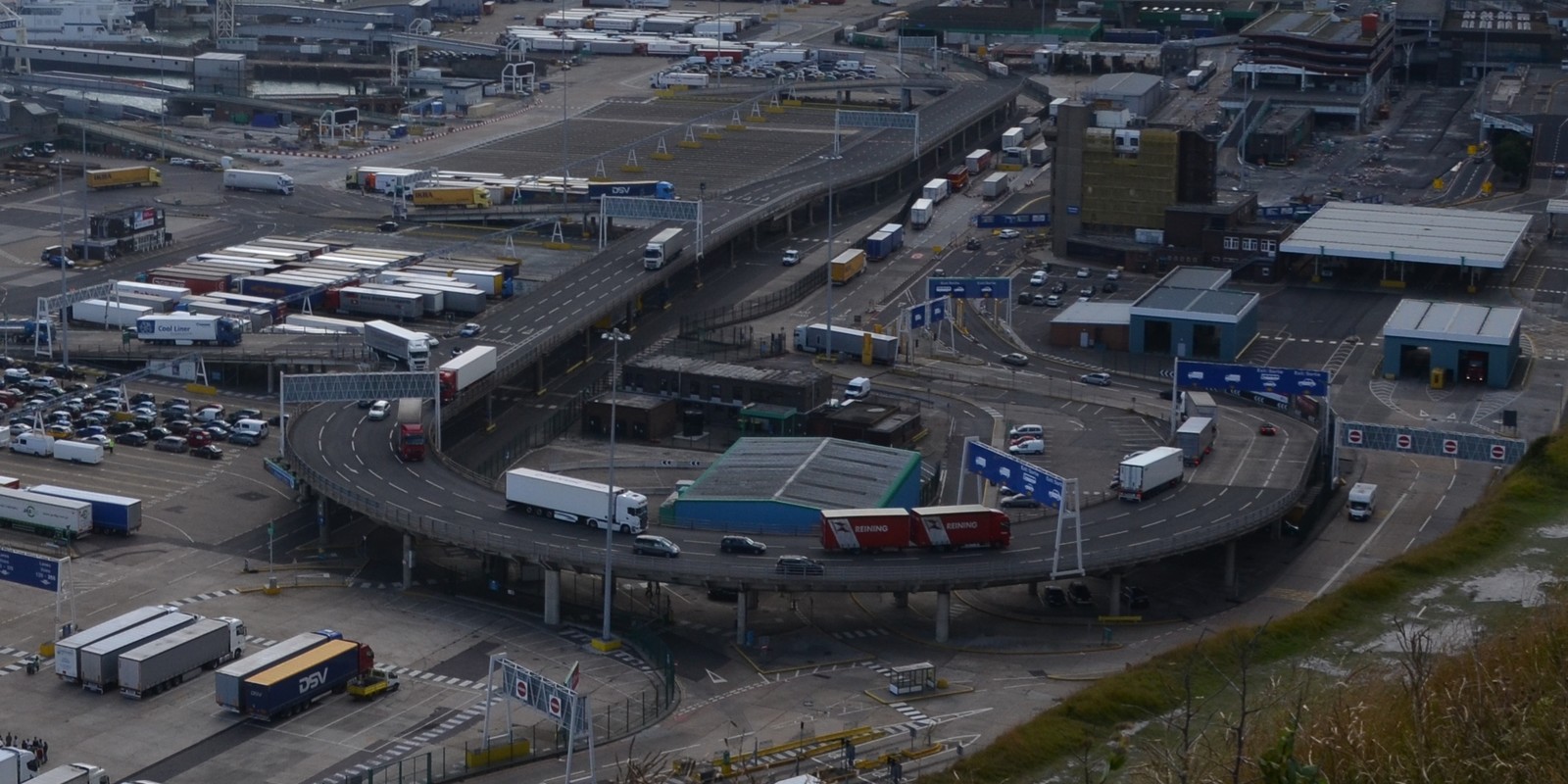 The Chicago-based firm has sent its analysis to Trans.INFO following our request to see what the company’s visibility data says about the fluidity of international road shipments coming in and out of the UK.

FourKites says shipments were “significantly impacted at the beginning of 2021″, but adds that the supply chain “appears to be adapting as we approach the end of 2022″.

In Q4 2020, when many companies were stockpiling ahead of anticipated Brexit disruption, FourKites says its customers saw their over-the-road shipments traveling to or from the United Kingdom delayed by 33% on average.

After the Brexit transition period completed at the end of December 2020, FourKites saw this spike to 57% of shipments delayed, an increased rate of 73% in delays. The level continued to hover at around 50% until as recently as the end of Q1 2022. 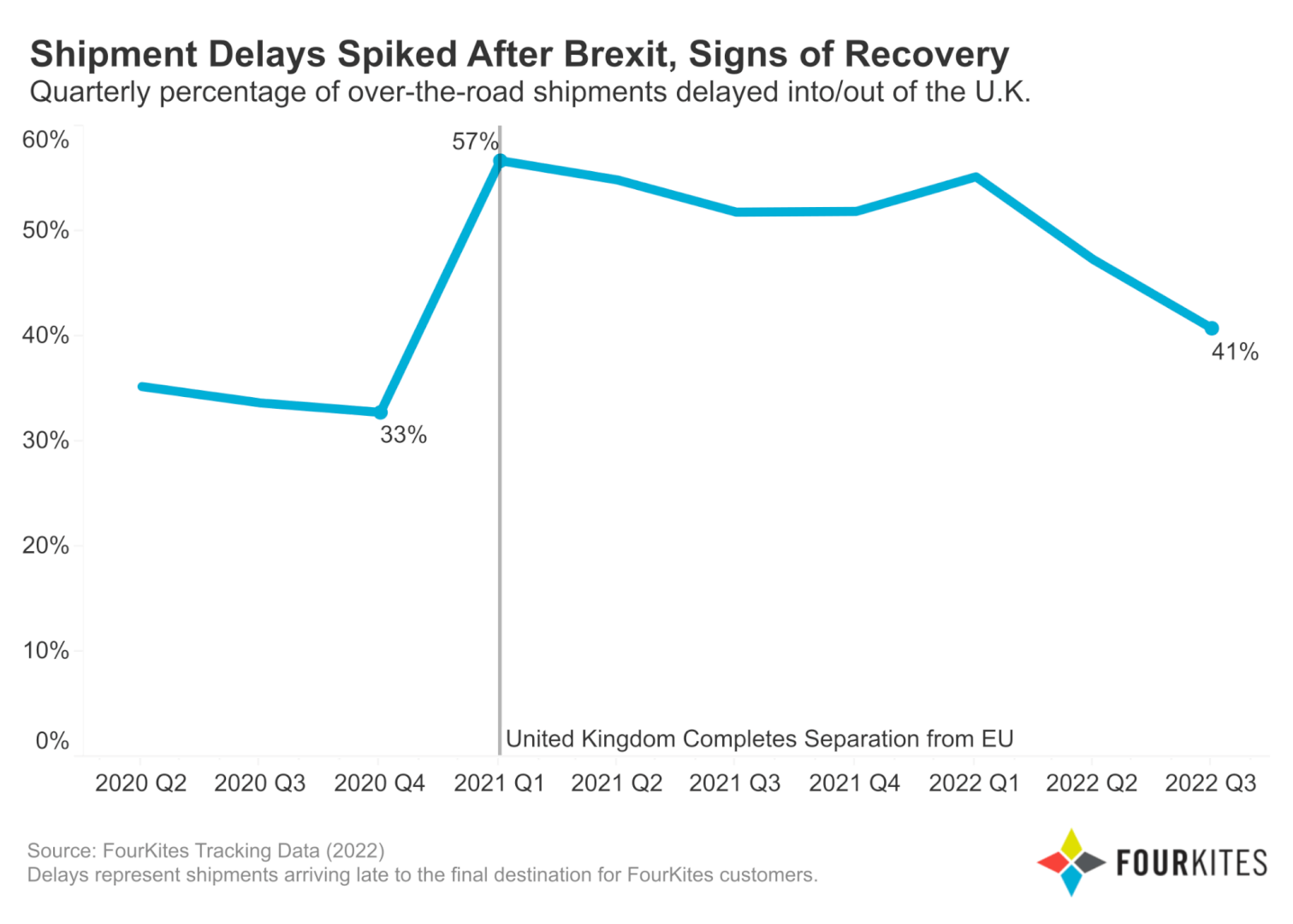 Similarly, Fourkites found that the average transit speed for over-the-road shipments from first pickup to final destination decreased from 5.0 miles per hour to 3.6 miles per hour on average, a decrease of 28%. 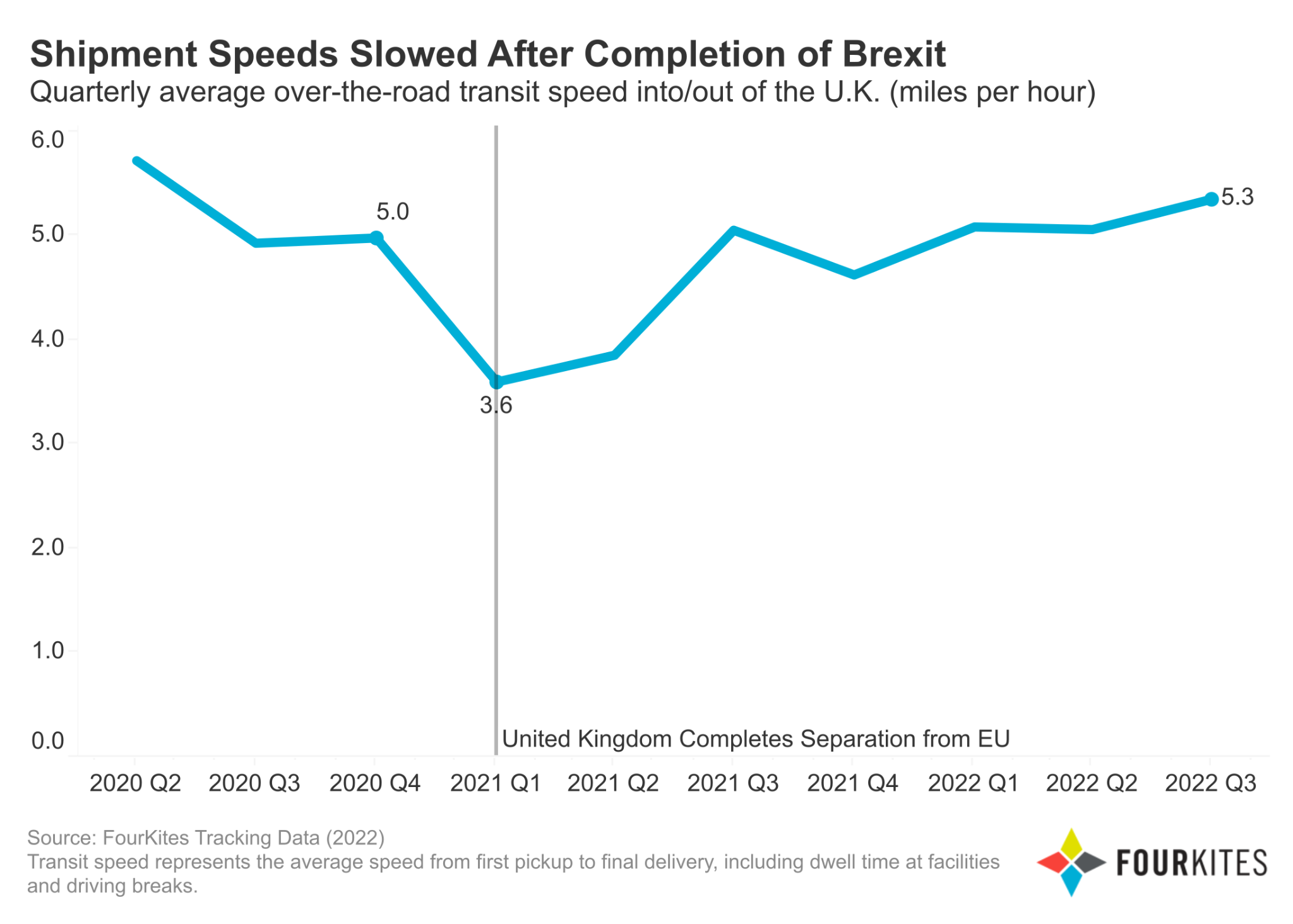 Since then, the data from FourKites indicates that both delays and transit speed appear to have slowly recovered as companies have adapted their supply chains. In Q3 of this year, delays fell to 41% and average journey transit speed increased to 5.3 miles per hour.

However, the figures also show that almost two years after the UK’s departure from the Single Market, despite clear proficiency improvements in customs and veterinary procedures, international shipping delays are still 8% higher than they were during the transition period.

It is also worth noting that the increased delays come despite the fact the UK Government has decided not introduce additional checks on EU goods until 2024 at the earliest.

Last week, Dafydd Williams, Head of Policy, Communications & Economic Development for the Humber at Associated British Ports, told councilors that the implementation of those checks could bring Kent-style delays and congestion to the Humber area.