Silk Road, Global Gateway and Accountability for all

“Belt and Road” or “Global Gateway”? As the branding magnates of East and West sharpen their pencils, we take a look at what it takes to build a transparent, fair and reliable New Silk Road for the benefit of all participants along its axis. We will explore how cutting-edge TradeTech is the essential component to make the system purr, with the precise functionality of a classic Swiss made automatic watch. 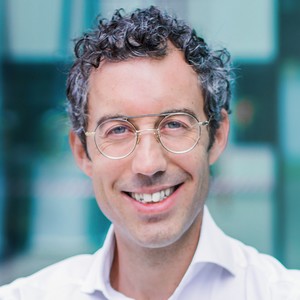 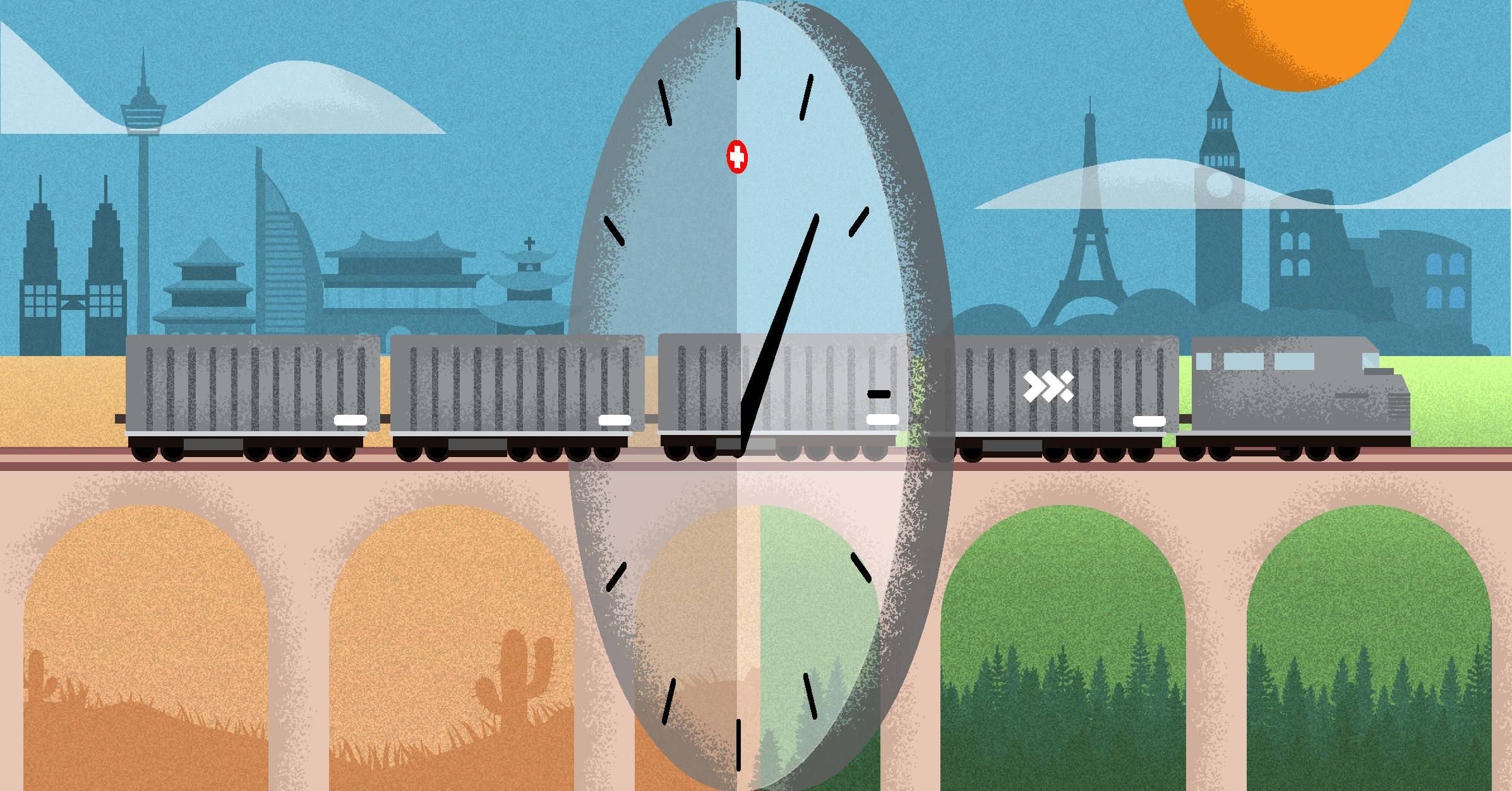 As far as overland routes of importance go, there are perhaps none more legendary than the great Silk Road. The complex network of trade passages connecting East and West, started to extend in the second century BCE. Arguably its arrival was the most significant factor in the emergence of globalized culture and was critical in propagating ideas, art, science and food, through deep economic, political, and religious interactions between the regions through which it wove. Deriving its name from the lucrative silk trade, the joining of east and west was vital to propel humanities notions of value, trade, technology and identity.

As direct products of globalisation, modern humans are feeling the significance of this historical legacy afresh. Even though the overseas route to India for spices during times of the Roman Empire was perhaps just as significant, it’s the tales of adventure from Marco Polo that live long in the collective consciousness of western culture. Of course explorers set out from Eastern lands too, with the Mongol diplomat Rabban Bar Sauma making it as far as Bagdad on his uncompleted pilgrimage to Jerusalem, but now we are witnessing a new kind of connectivity. One where vast infrastructure projects dominate and huge volumes of cargo flow. The complexity is far greater than anything those early explorers and traders could ever have imagined.

As the flow of goods, wealth and memories of empire collide, the inevitable posturing and shifting of fortunes gives way to pressure on national interests and a newly emerging geopolitics of co-dependance and ‘co-opertition’ (or cooperation amongst competing parties). When Ferdinand de Lesseps formed the Suez Canal Company in 1858, few could imagine how essential the 193km Suez passage would become for East and West trade over a hundred years later. In March 2021 the now infamous vessel, the ‘Ever Given’, one of the largest container vessels ever built, became trapped sideways in the narrow channel resulting in a weeks suspension to Maritime Silk Road cargo flow. The costs to global businesses ran into the billions with $900 million in damages to be paid by the owner Imabari Shipbuilding. Even as the investigations and claims where ongoing, the impact to global trade continued to be felt.

More than half of all containers in the world are already on the move along the Maritime Silk Road. To handle demand, deep-water ports are being expanded, new logistics hubs are being built and transport infrastructure is being extended inland from these maritime terminals. Regardless of these updates, it has become clear that maritime routes alone are not sufficient to support the sheer volumes of goods that now move between Asia and Europe. Rail is the strongest contender to handle the additional traffic as its efficient, low cost and sustainable in comparison with road. As part of China’s efforts to increase their sphere of influence across the region, the 2013 visit of Chinese President Xi Jinping to Kazakhstan marked the announcement of strategic investments (to the total $900B) in the land based Silk Road Economic Belt and various logistics and transshipment centres along the way.

A press release went out from the European Commission on the 1st December 2021 to address the topic of building sustainable, global links from Europe around the world. The announcement included a commitment to mobilise up to €300 billion in investments between 2021 and 2027. President of the European Commission, Ursula von der Leyen, said “The European model is about investing in both hard and soft infrastructure, in sustainable investments in digital, climate and energy, transport, health, education and research.” The EC’s own website stated meanwhile that the Global Gateway is about increasing investments promoting democratic values and high standards, good governance and transparency, equal partnerships, green and clean, secure infrastructures and that catalyse private sector investment.

As global hegemony enters a state of flux, democracy is being placed under scrutiny and a resurgent China is now challenging on the world leadership stage. The EC’s statement speaks more of fear than opportunity and a part of the statement above is particularly relevant in a data driven, information rich world. A major part of the mission is to “promote democratic values and high standards, good governance and transparency” but why is this so important?

Why was money invented? What about accounting or commercial documentation of any kind? And what about legal systems, arbitration, courts and contracts? All of it exists to expedite and execute on trade arrangements involving the transfer of funds, goods, services and value from one party to another. In the past people were a continual presence along the length of the Silk Road route. Merchants enforced the payment of tariffs and Sogdians from ancient Iran played a major role in facilitating trade between China and Central Asia as late as the 10th century with their language serving as a lingua franca or ‘bridge language’ for Asian trade as far back as the 4th century. If these mechanisms were needed then, how are we to facilitate these processes in the digital now?

Transparency is critical to facilitate the smooth flow of transport assets and the cargo they carry. But what does transparency mean in the age of physical computing and cloud based AI? Democratic values are intrinsically linked to fair outcomes, where there are safeguards against corruption and financial coercion or political interference in trade. High standards can be taken as safeguards around the purity, security and provenance of goods like chemicals, food stuffs or other essential commodities. Good governance is all about the interactions along the route, whether they are administrated through the laws, norms, power or the language of the participants and authorities. And transparency is about the data, information, event notifications and knowledge that confirms what should have happened, is what actually happened, to the standards required, for the successful operation of all stakeholders in the chain. Value is realised when the consumer is satisfied on receipt of their package.

Sensors, communication (IoT) gateways, connectivity, data processing, algorithms and analytics are all key components, required to enable the digital supply chain. Sensors gather the critical raw data on location, acceleration events, and other parameters like temperature and humidity. All that affects cargo quality. Ultra-low-power embedded hardware devices with integrated energy harvesting onboard are required to ensure the flow of critical data for long periods of time, sending regularly key parameters to the cloud, over various networks and a multitude of communication protocols. Data is often referred to as the new oil, but like raw crude oil, it must first be refined to make it valuable. Binary data with its ones and zeros must be processed and vital ‘signals’ must be isolated to extract value. Maybe 98% of the value is hidden in just 0.01% of the data. This means some advanced computing is needed to capture the reality on the ground. Plausibility algorithms are deployed on the ‘cleaned’ data to eliminate false event signals and operational domain knowledge is integrated from the business side to decide on critical thresholds, event triggers and optimal business process automation outcomes.

These digital capabilities offer a route to visibility into internal operations and also support optimisation of core processes. Errors are eliminated, planning becomes far easier, and insights are gathered to drive continuous improvement and product lifecycle explorations. Transparency can be taken to mean full visibility throughout the New Silk Road and into the actions of the entire value network of actors, participants and facilitators who are involved along the way. As each party takes care of their contracted tasks, there must be a way to confirm quality and adherence to standards. By monitoring transport assets and cargo in real-time, this transparency is made possible.

When transparency is possible, all parties are held accountable

Only when transparency is possible, it is possible to guarantee all parties are held accountable for their actions, and the levels of trust are in place to fully utilise the new rail connections from Europe to China. The best part of this is that participants also get rewarded with “share of wallet’ appropriate to value contributed. Weak links may be exposed, but the benefits of efficiency, resource control, predictive methods and trust, means that everyone who acts with integrity will be rewarded for their dedication and care.

The incentives to get this right are higher than ever. Trans-Eurasian trade infrastructure will bolster poorer countries to the south of China, as well as boost global trade. Shippers and cargo owners will have greater optionality and maritime routes will be de-risked too. The country’s industrial overcapacity in the creation of steel and heavy equipment will be able to find lucrative outlets along the New Silk Road. Rail links in particular will offer fast, affordable and relatively sustainable routes to markets in Europe. The time is right to create context from data, drive decisions from knowledge and explore just how brilliant the integrated intelligent cloud can become.