Spotting the signs of recovery in the logistics industry 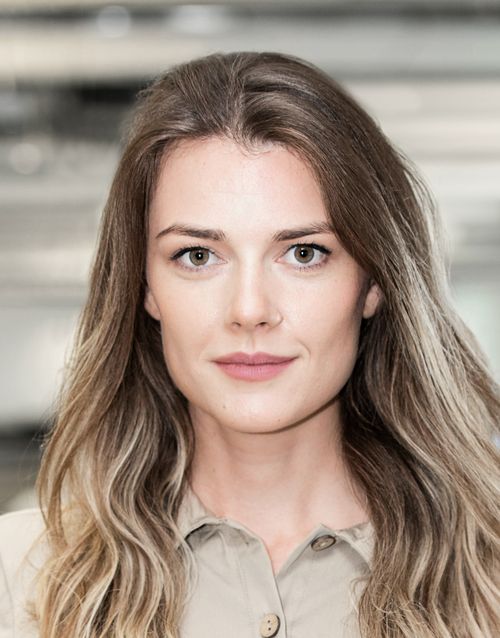 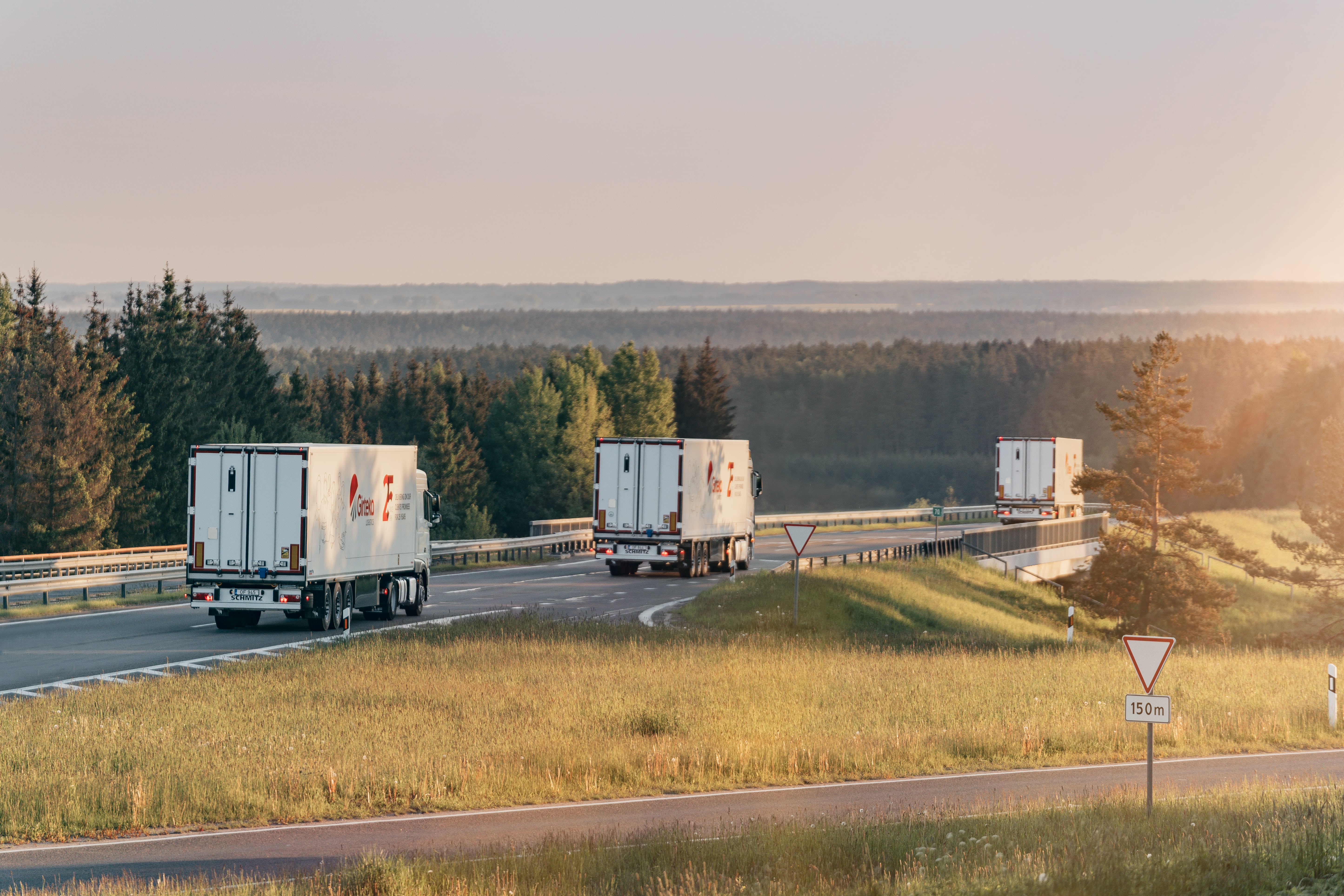 There is little doubt that the focus of the world in the past year and a half was the pandemic and managing the situation, including business operations, in the context of COVID-19. While the road transportation industry experienced an initial shock, especially in March 2020, it quickly hopped back on its feet and began to navigate the new normal.

New rules of the game

Changes were apparent from the get-go of the pandemic. Not only working conditions were forced to change, as offices were closed and workers moved to work from their homes, but consumption patterns also shifted, forcing companies to re-align their manufacturing output and in turn, reduce their logistics needs.

A primitive example could be the fact that since the movement of people had been restricted, not only between international borders but also between settings, namely bars, restaurants, or any other leisure venue. As a result, the demand for such goods as clothes, food and excised goods, even furniture, dipped. However, it was offset by other industries that either managed to maintain the status quo or as surprising it might be, exhibited growth throughout the year, like electronic goods manufacturers or retail shops.

What has been a major shift was that logistics providers and their customers alike began to largely work from home. That meant that communication had to change and was, more than ever, emphasized. In particular, the visibility of your cargo throughout the road transportation process, as the situation at borders across Europe, changed interminably, placing a lot of stress on the supply chain.

The economy, at least in Europe, also suffered. According to Eurostat data, the average Gross Domestic Product (GDP) at market prices in the 27 European Union (EU) countries dropped from €31,220 by the end of 2019 to €29,730 by the end of the next year – the first drop in GDP since 2009, as the block’s economy has grown steadily since. Still, the picture was not all bleak. Some sectors managed to strive. Not only e-commerce was booming, but also the demand for such goods like household electronics, as people needed to improve their work-at-home setups, or something fringe as gardening items and goods as the populace looked to improve their main surroundings as lockdowns confined people to their homes.

The suffering economy resulted in road transport shipping rates dropping. While since 2017, the average quarterly rates for European road freight have only dipped twice, 2020 saw rates that have yet to recover to their highest point of Q4 2019, according to Transport Intelligence data.

Recovery on the horizon?

There are quite a few words with a negative perception to describe 2020, 2021 is a year of hope towards recovery.

In some way, a recovery has been visible. Transport Intelligence pointed out that in Q1 2021, European road freight rates climbed 1.6% Year-on-Year (YoY) and 0.5% Quarter-on-Quarter (QoQ). The first quarter of the year was still relatively difficult, as lockdowns were still present and according to Eurostat, QoQ GDP once again slipped in the first three months of the year, much like in 2020. However, if the previous year was anything to go by, recovery is set to follow in the next few months, as borders and venues open up once again in the warmer months in the Northern Hemisphere to adhere to the tourism season. At the pinpoint of the recovery will be re-opening borders to allow people to travel once again and possibly, increase spending.

“Although consumers are anxious about their health and surrounding environment, their willingness to indulge themselves in the longer term is high. In nearly half of the categories (45%), more consumers are planning to increase their spending over pre-pandemic levels than are considering cutting back below pre-pandemic levels. This compares with 29% of categories in October,” noted a Future Consumer Index report by Ernest & Young, an accounting and consulting firm, published in March 2021. Naturally, an increase in spending will result in an increased need to move goods from the primary point in the supply chain, namely the manufacturer. What is interesting, as the report states, that UK-based consumers, which the report analyzed, are less inclined to shop online than previously in terms of the proportion who plan to shop for items online they previously bought in stores (46% of surveyed consumers in June 2020 versus 38% in February 2021). That means despite the fact that e-commerce sales have boomed throughout the pandemic, in part because physical shops were closed and in part, because consumers shifted their focus to do everything from their homes, brick and mortar will stay relevant.

As a result, shopping centers and the retail locations at the centers have to keep a steady supply of goods on their shelves. Making sure to have enough stock will be crucial, as e-commerce companies, in particular, those that offer next-day delivery, have thrown out a powerful boomerang that has accustomed shoppers to having items on your doorstep the next day following an order. Brick and mortar shops do offer exactly that – the ability to obtain your desired items immediately. Subsequently, one of the potential signs of recovery is that retail spaces will increase their demand for Full Truck Load (FTL) or Less Than Truckload (LTL) deliveries in order to make sure enough stock is available at a physical location.

However, that moment might still be some time away, as “the big change in consumer behavior will come later in the summer when the majority of the vaccination program is due to be completed and restrictions lifted, rather than as soon as lockdown begins to ease,” established E&Y’s consumer index.

Still, surviving the temporary economical setback can provide plenty of opportunities in the near-term future. According to a brief by the European Commission (EC), some “transport operators have lost a significant part of their income since mid-March 2020, raising worries about their financial stability and their capacity to recover their services.”

That could mean that a very fragmented European market, filled with many small-to-medium enterprises could consolidate at least somewhat. Then again, freight transportation on the road was fairly resilient in terms of the drop in activity throughout the first few months of 2020. According to the EC’s presented data, while the logistics sector experienced a drop, as its activity levels from the baseline of February 2020 dropped to just shy of 75% by April 2020, the low-profit margins in the sector can result in a volatile situation for some carriers, in particular small and medium businesses that were dependent on clients from the most affected industries. The fragmented market itself could be the leading cause of those low margins, as small enterprises undercut asset-heavy with their prices. The executive branch of the EU, in its logistics market overview, noted that due to the low margins, the industry can be highly sensitive to price changes.

When the EC provided its update on the economic impacts on transportation as a whole during the pandemic, one of the EU governing bodies stated that a “clear picture of the full impacts will, most likely, not be possible before the end of 2021 and the repercussions will be probably still visible at least 3 years after the crisis.” Furthermore, according to the International Road Transport Union (IRU), a body of the road transportation industry, Europe is in a particularly volatile situation. The IRU‘s latest update on the impact of COVID-19 detailed that the continent is forecast to have one of the highest losses once all the data for 2020 is accounted for, as well as the fact that European operators have the highest risk of defaulting over the course of the next few months.

While there are many differences between the current economic downturn and the Global Financial Crisis that began in 2008, the latter still had a very significant impact on the road freight transport industry.

At first glance, however, the crises seem very similar. Following a hearing with representatives from the sector in 2009, the EC concluded that industry was hit by “a decrease in volumes than by a shock in prices, and the economic slow-down has lead to a fall in orders and higher costs due to the smaller loads carried.” Consequently, competition only intensified, and “bankruptcies, insolvencies and job losses have increased. This is particularly true of small and micro-businesses with limited margins, which do not necessarily have the finances to pull through,” noted the governmental body.

One of the main talking points within the logistics industry in regards to the current crisis is the processes of innovation and digitalization. That need to digitalize has only been highlighted as logistics customers requested much-needed visibility of their shipments, as borders were closed, opened, and closed once again due to the epidemiological situation in Europe. Carriers that have already begun their switch to become more digital held an upper hand, as they already had the technology in place. For those that did not have digital processes in place, or at least begun integrating such solutions before the onset of the pandemic.

The meeting between the EC and the representatives of the logistics sectors also touched upon the fact that innovation positively affected the “sector’s efficiency and competitiveness.” Moreover, the meeting also touched upon the development of hybrid vehicles, alternative fuels and the expansion of intermodal transport services as another way for road freight transportation to become more efficient.

Following the economical crisis at the end of the last decade of the 21st century, opportunities were also plenty. As several authors from the Department of Logistics at the University of Applied Sciences Upper Austria discovered in their paper, one of the positive effects following the downturn was that there was “less competition in the sector, as the number of companies decreased due to an increase in bankruptcies.”

“The reduced competition had a positive effect on the remaining companies in the sector, which were able to obtain a higher market share,” continued the authors. However, that could be akin to a double-edged sword, as there were “positive effects for some companies in the road freight sector, but hardly for the sector itself, as having fewer companies in the sector also means that there are fewer alternatives for customers.” Still, per a report of the freight transport logistics commissioned by the EC and published in 2015, across the European Union, the number of logistics providers between 2008 and 2011 grew in a small, yet stable manner. However, while the situation was stable, it hid “radical developments in some Member States,” noted the study. Namely, the fact was seven out of 28 member states showed negative growth rates between 2009 and 2011, while another seven showcased a negative development in the three years that were analyzed.

By no means it is easy to spot a recovery happening in the industry or the general economy. While an uptick in quarterly rates is a positive sign, the major question going forward will of course be the situation concerning the health of the continent’s citizens. The ever-progressing vaccination program provides hope, as according to the European Centre for Disease Prevention and Control (ECDC), as of June 29, 2021, almost 59% of the population has been administrated their first dose, inching towards the 70% goal. Hope and a healthy state of the continent will be crucial for the recovery of the economy, whose well-being directly correlates with the state of the logistics industry, which has been proved time and time again throughout the numerous crises in history.