As had been feared, Storm Eunice battered areas of Northern Europe Yesterday, bringing with it disruption, destruction and worst of all, the loss of life. Reports from many countries show numerous example of lorries being blown over. The wind was also strong enough to topple a stack of containers at the port of Rotterdam. 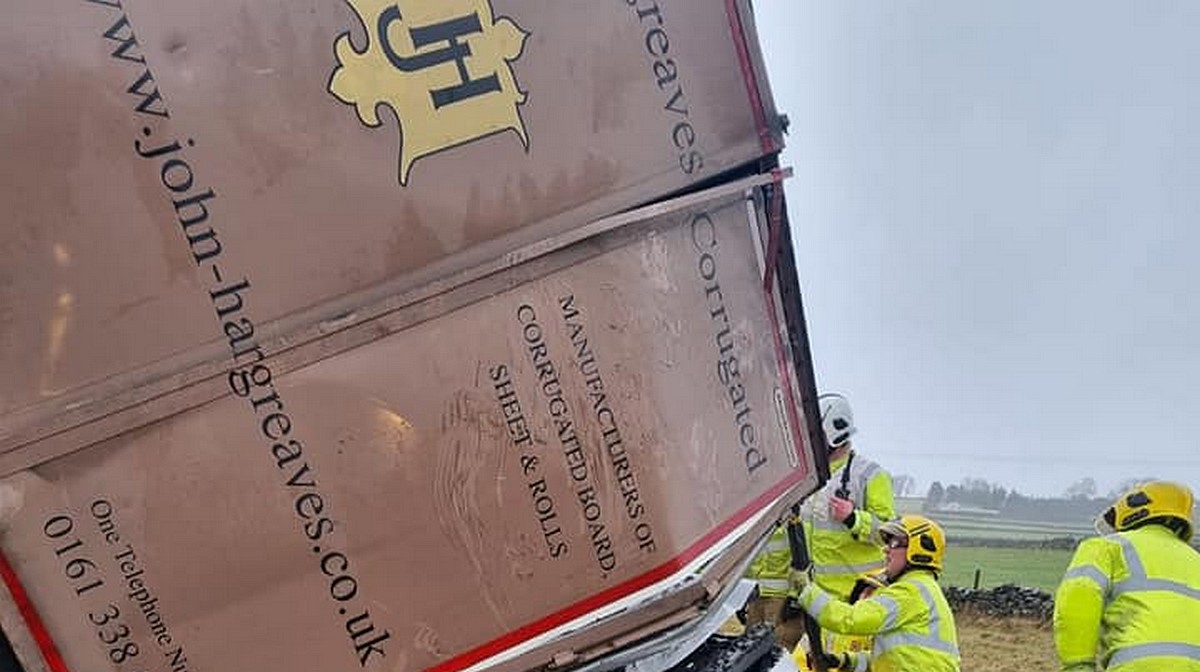 In England, winds reached speeds of up to 122mph yesterday, while 4 persons have lost their lives and thousands remain without electricity. A number of roads are also still blocked due to obstructions from objects blown over during the storm.

In Kent, Ferry services have now resumed between Dover and Calais after being suspended for most of yesterday. This has naturally caused severe congestion and delays, most notably at Eurotunnel, where many lorries decided to turn to due to the cancellation of ferry sailings. At the time of writing, data from supply chain visibility provider Sixfold estimates there is a 9km queue to the entrance of the tunnel.

DOVER-FRANCE-DOVER I Our services are currently running with up to 60 minute delays. Please check-in on time for your scheduled departure. 🚢 pic.twitter.com/onVlBFACDX

For lorries that were on the move yesterday, the brutal winds presented drivers with extremely difficult conditions. Understandably, in some cases trucks were blown over by the fierce gales. In the photo above, a lorry fell on top of a car in Derbyshire. Miraculously, everybody escaped the accident with no more than minor injuries.

Footage of other lorries being blown over have also been shared on Twitter. In the clip below, an Owens Group truck was filmed being toppled over on the on the M4 in Margam. Wales Online also has footage of another lorry experiencing the same fate on the same road.

Just seen this on Facebook, hope the driver is ok, looked nasty that. @owensgroupuk pic.twitter.com/hFqqbycYES

Footage shared by ITV News also shows a lorry being blown over on the M40 Northbound.

😱 Dashcam footage captures a lorry being blown over on the M40 Northbound as #StormEunice hit the region: https://t.co/qhlwXUFln3
Credit: Mr_Crouch1 pic.twitter.com/0dCyS4ag8E

The driver involved in the accident is reported to have been shaken up but “escaped with facial injuries”.

The storm made its presence felt in the Netherlands too, toppling over a stack of containers at the Port of Rotterdam.

Several lorries were blown over in the country as well, including 3 on the A16. One of the accidents was captured on webcam.

Elsewhere, Denmark’s Great Belt Bridge had to be closed to lorries and other vehicles in danger of being blown over.