Storm Dudley battered parts of the United Kingdom yesterday, presenting dangerous conditions for motorists and of course, truck drivers in particular. The strong winds cost the life of a lorry driver during an unloading accident, while a number of trucks were blown over. Now Storm Eunice has landed, lorry drivers will have to face the elements once more, with the strongest winds expected in the South-East of England as well as the South-Wales coastline and Cornwall. 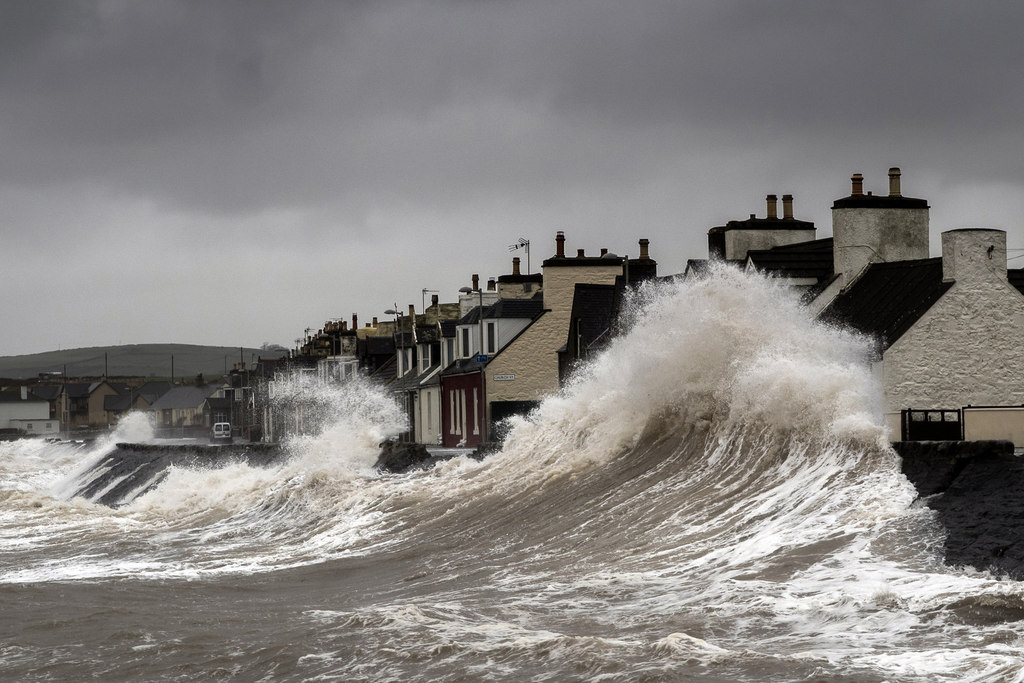 Yesterday’s tragedy, in which a lorry driver in his sixties lost his life, occurred in Solihull. According to a police statement published by ITV news, the driver fell 12 feet after being blown by strong winds:

“A man in his 60s was attended to by paramedics at the scene, but was sadly pronounced dead a short time later. The Health and Safety Executive was informed and it is believed to be an industrial accident. Our thoughts remain with the man’s family and friends,” the police’s statement reads.

Elsewhere, the BBC has released footage of a Palletline lorry being blown over, while a Hermes truck was hit by a falling tree.

Unfortunately, the dangerous conditions are not yet over as another storm is expected to cause difficulties today.

In the worst affected areas referred to above, the MET Office has warned about the following:

Those concerned about their journey and what to expect can find the latest information on the storm here on the MET Office website.

🚨🚨A second red warning has been issued🚨🚨

Southeast England from 10 am

National Highways has told drivers of high-sided HGVs, caravans and motorcycles to check the weather and driving conditions before deciding to on their journey.

“We’re encouraging drivers to check the latest weather and travel conditions before setting off on journeys and consider if their journey is necessary and can be delayed until conditions improve. If you do intend to travel, then plan your trip and take extra care, allowing more time for your journey. In high winds, there’s a particular risk to lorries, caravans and motorbikes so we’d advise drivers of these vehicles to slow down. Drivers of other vehicles should be aware of sudden gusts of wind which can affect handling and braking, and give high-sided vehicles, caravans, and motorbikes plenty of space. In the event of persistent high winds we may need to close bridges to traffic for a period, so please be alert for warnings of closures and follow signed diversion routes,” said Sean Martell, Head of service delivery at National Highways.

A number of important bridges and roads are closed at the time of publication, including the A14 Orwell Bridge in Suffolk, the QE11 Bridge in Dartford and the M48 Severn Bridge.

The storm is also expected to be particularly strong in Kent, in turn causing disruption to cross-channel ferry services and congestion leading to the region’s ports. According to the Road Haulage Association, Operation TAP is likely to be deployed again.

UPDATE 09.30AM CET: P&O, DFDS and Irish Ferries have cancelled sailings this morning due to the adverse weather conditions

Our next departures from #POCALAIS are as follows:
07:45 – ETD 09:30
09:50 – Cancelled
11:10 – Cancelled
12:35 – Cancelled
Cancellations due to severe weather conditions. We will update our feed as soon as we have any further information throughout the day

DOVER-CALAIS-DOVER | Services currently suspended until further notice due to severe weather. Customers will be transferred on arrival on the first available departure too and from Dunkirk which are also subject to delay and changes. Apologies for any inconvenience caused.