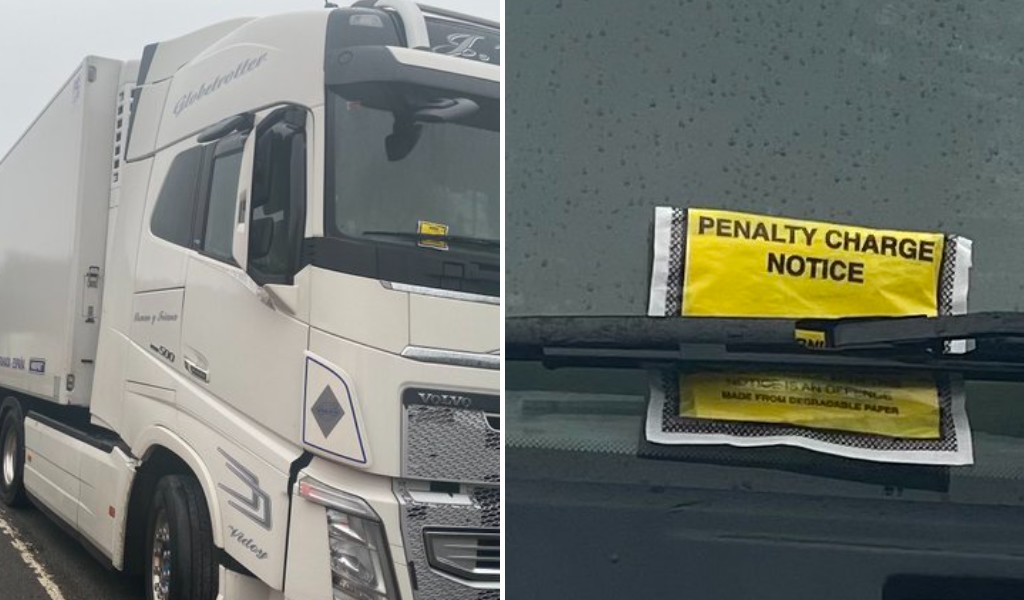 Lorry drivers stuck in Kent following the closure of France’s border to the UK have been handed fines for parking in lay-bys. Meanwhile, an arrangement to open France’s border with the UK for accompanied goods remains elusive.

It is hoped that some kind of agreement on the border reopening can be reached by lunchtime today. However, as it stands, the Port of Dover and Eurotunnel shall remain closed for the rest of today.

The lack of movement has brought huge congestion to roads in Kent, and forced most lorry drivers to stay in their cabins until the situation changes. Many of those drivers have little or no access to proper toilets or showering facilities. On top of that, a lot of them will not make it home to their families in time for Christmas on account of the delay.

To make matters worse, some lorry drivers parked in lay-bys have been handed parking tickets by the authorities in Kent. As we revealed earlier this month, Kent County Council have been granted special powers by the UK Government to issue parking fines.

Now it appears that these powers are already being used. Yesterday afternoon, Paul McNamara of Channel 4 News photographed a truck that had a parking penalty tucked in under its windscreen wiper.

Lorry drivers parked up on roads in Kent slapped with Parking Fines pic.twitter.com/l5PRJ3jazT

The decision to clamp down on illegal parking has enraged lorry drivers operating in Kent, many of whom have no option but to park in undesignated areas due to congestion. Some drivers have even suggested they will not conduct deliveries in the region as a result if the fines.

#local #Government what will you do, when the #lorry #drivers delivering to your town, simply stop delivering because of to many parking tickets and no delivery system allowed by you?
Think of all those empty #shops and #starving people. You fault #councilor‚s. #Dover

Yesterday lunchtime, France’s Transport Secretary said that a Europe-wide plan on how to deal with the new coronavirus variant was to be announced „in the coming hours”.

However, by the time UK Prime Minister Boris Johnson delivered his Covid-19 briefing yesterday evening, no arrangement had been reached. At the time of writing this still remains the case, though Home Secretary Priti Patel has confirmed that the UK and France are „working to get a resolution”.

When we arrived in Dover this morning Marine Parade was empty. Now full of lorries. Not everything is on the M20. pic.twitter.com/7MugtM404G

Meanwhile, Boris Johnson’s claim that there were only 174 lorries stuck in queues has proven to be completely false by Highways England. Johnson made the claim during yesterday’s Covid-19 briefing, but Highways England have since confirmed the real number was around 900 as of late last night.

ITV correspondent Joel Hills also said sources close to Port of Dover and Eurotunnel were „baffled” by the PM’s insistence that there were only 174 lorries parked on the M20.