Although inconsequential compared to the loss of life that's already been reported since this morning's Russian invasion of Ukraine, the supply chain disruption and economic impact of the crisis can't be ignored by logistics professionals across the world. Here are some of the issues that are affecting or will affect supply chains as a result of the crisis: 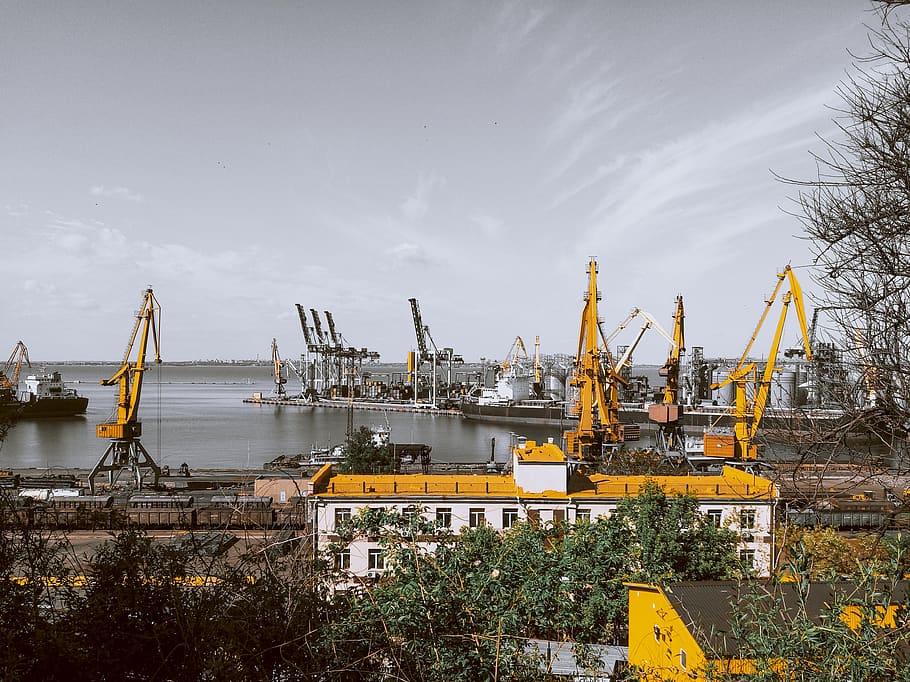 Reuters reports that oil prices have risen above $100 a barrel for the first time since 2014. It is also expected that the conflict will see gas prices rise – especially if Russia cuts its supply to Europe.

Naturally, this means higher energy and fuel costs, which shall generate yet more inflation and transportation costs.

As quoted by ITV News, RAC fuel spokesman Simon Williams warned that fuel prices will rise noticeably as a result of the conflict:

“[The conflict will] inevitably lead to wholesale fuel prices going up, which will in turn push record pump prices even higher. If the oil price were to increase to 110 US dollars per barrel there’s a very real danger the average price of petrol would hit £1.55 a litre. This would cause untold financial difficulties for many people who depend on their cars for getting to work and running their lives as it would skyrocket the cost of a full tank to £85.”

According to Gartner’s Sarah Hippold, the conflict will result in “severe shortages of hydrocarbon, critical minerals, metals and energy”.

In a article published last week, Gartner’s Senior PR Manager do Supply Chain wrote that “prices for those items will likely spike, thanks to both the shortages and behaviors such as irrational buying and protectionism. This will, in turn, impact manufacturing operations up- and downstream as much as raw material mining.”

In addition, as Trans.INFO analyst Michał Pakulniewicz writes, both Ukraine and Russia export large quantities of grain through their Black Sea ports. The conflict is thus likely to lead to supply disruptions and higher food prices.

The price of metal is another concern. Russia has around 10% of the world’s copper reserves, it is also one of the main producers of nickel and platinum. Nickel prices are already the highest they have been in over a decade and amount to approximately 25,000 dollars per ton. The price of palladium has also been rising recently after being on the decline for several months. Russian exports of palladium account for as much as 45% of global production.

The metal is used in the automotive industry for the production of catalytic convertors, as well as in the production of integrated circuits. A suspension of exports via sanctions would therefore deepen the microchip shortage.

When it comes to ships that may be impacted by crisis, Vespucci Maritime CEO Lars Jensen revealed on LinkedIn this morning that four vessels are currently docked at Odessa Port; Cosco’s 9400 TEU Joseph Schulte, the 3500 TEU Bach, 1700 TEU Hansa-Limburg and the Safmarine Nuba, the latter of which is reportedly “steaming away” from the area. The Bach has now also left port according to Jensen.

Asked about the impact of sanctions resulting in thousands of stranded containers, at Russian ports Jensen replied:

“Yes that will clearly be a predictable ripple effect. Additionally you might have the problem that Russian shippers might suddenly not be able to pay their freight invoices if Russian access to SWIFT is blocked across the board which would create problems in more places.”

Moreover, in Sarah Hippold’s aforementioned article, it is said that “spillover to Chinese ports and other key transportation nodes is also expected”.

Data from the supply chain research platform Interos shows that around 1,100 US companies and 1,300 European countries have at least one direct supplier in Russia, while around 400 companies in each region have key suppliers in Ukraine.

In the event of sanctions or the inability of companies to export due to the conflict, these companies will naturally need to turn elsewhere if they can.