The 10 largest shipping ports of the world 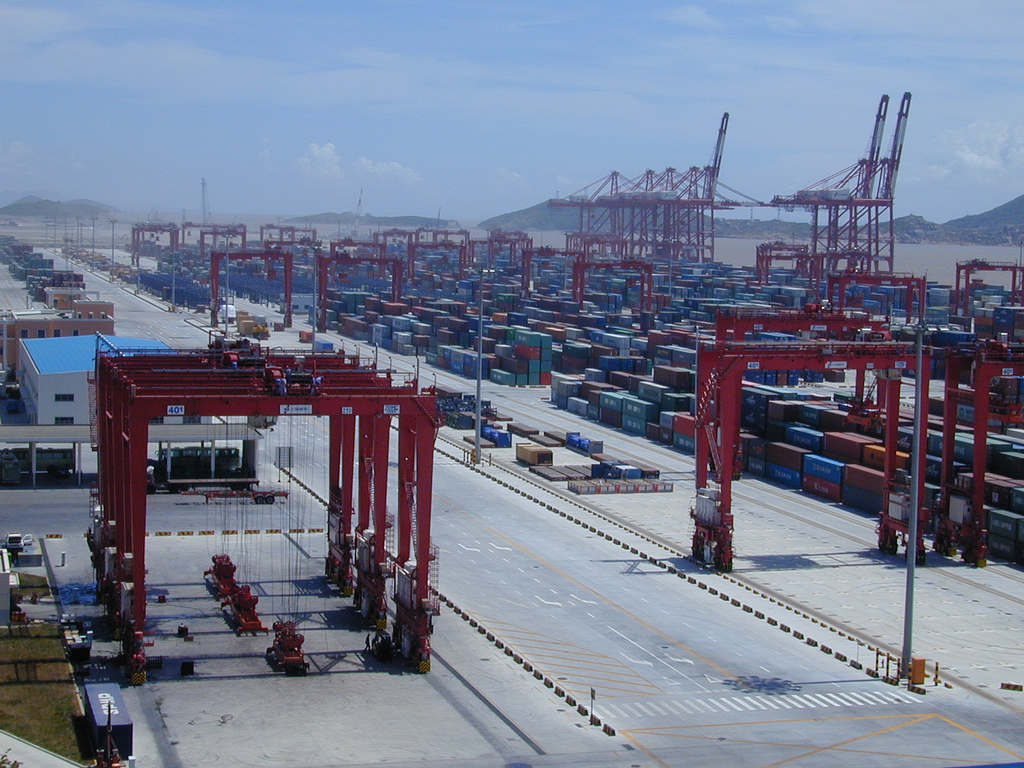 All of the 10 largest shipping ports of the world are located in Asia, what’s more – seven of them are Chinese. In this list you’ll find the biggest container volumes, the largest annual cargo tonnage and even the world’s first fully automated shipping port.

Here’s a rundown of the ten largest shipping ports in the world, starting of with Shanghai port in China. 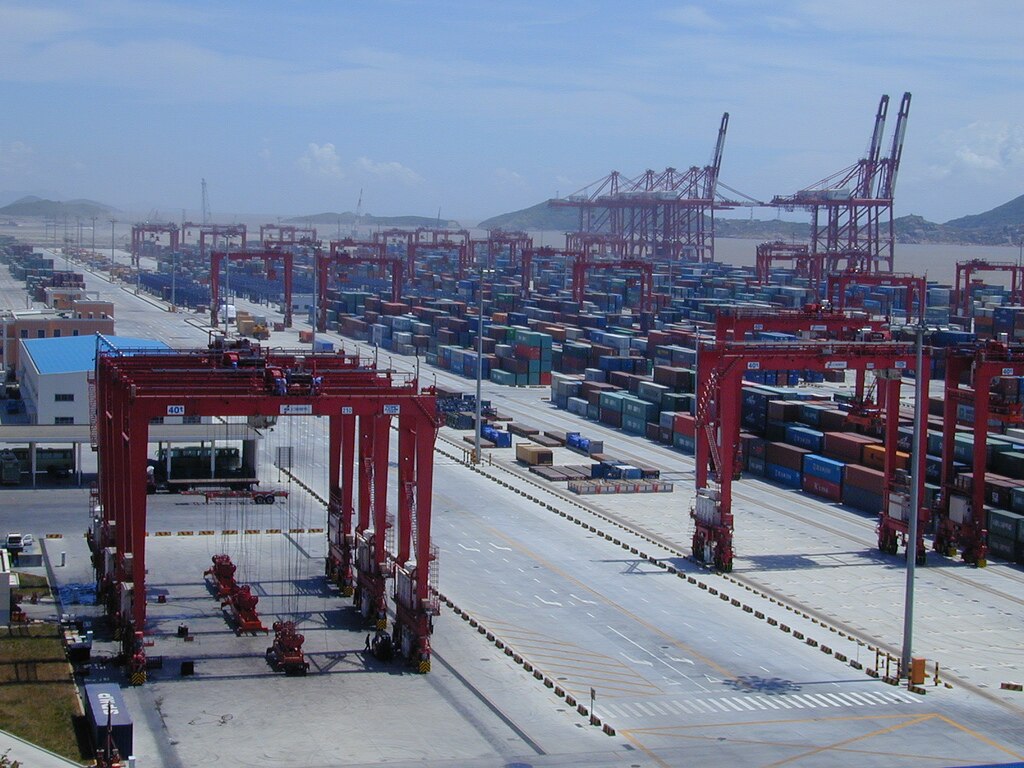 The Port of Shanghai is the world’s busiest container port with its 43 million TEU volume. It is also a critically important transport hub for the Yangtze River region and the most important gateway for foreign trade.

It is also part of the 21st Century Maritime Silk Road, which runs from the Chinese coast to Singapore, towards the southern tip of India to Mombasa and through the Red Sea via the Suez Canal into the Mediterranean before ending up in the upper Adriatic region to the northern Italian hub of Trieste.

Shanghai International Port Group (SIPG) is responsible for operating and managing the public terminals in the port. SIPG handles domestic, national and international cargo transportation. It is also responsible for maintaining, manufacturing and leasing containers, as well as building, managing and operating port facilities.

The „Port of Singapore” name refers to the collective facilities and terminals that conduct maritime trade, and which handle Singapore’s harbours and shipping. It has been ranked as the top maritime capital of the world since 2015.

When fully completed in the 2040s, after construction of up to 30 years, Tuas Port will be the world’s single largest container port, capable of handling up to 65 million TEU per annum. The new port is to accommodate the move of the current city terminals when their leases expire and will be the consolidated location for all of Singapore’s container activities, significantly reducing inter-terminal haulage operations and green-house gas emissions.

The Port of Shenzhen connects to over 300 ports in over 100 countries. It is located in China and serves as a base for trade between Hong Kong and Mainland China ( it is located about 37.04 km from Hong Kong to the south and 111.12 km from Guangzhou to the north). 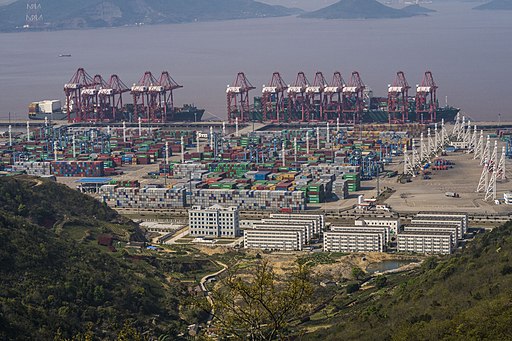 The port is at the crossroads of the north-south inland and coastal shipping route, including canals to the important inland waterway to interior China, the Yangtze River, to the north. The port consists of several ports which are Beilun (seaport), Zhenhai (estuary port), and old Ningbo harbour (inland river port). 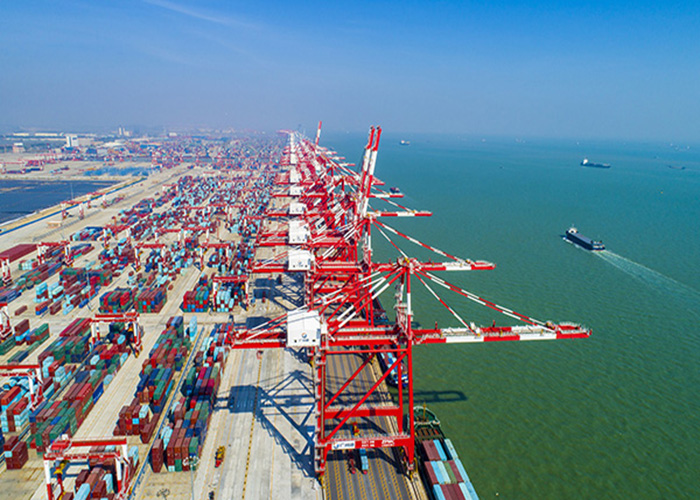 The Port of Guangzhou is currently the largest comprehensive port in South China. Its international maritime trade reaches over 300 ports in more than 80 countries and districts worldwide. The port also incorporates the former Huangpu Port.

Moreover, the port serves as an important economic and transport centre for the Pearl River Delta region and Guangdong province. On top of that, it is a vital transport hub for industries located in neighbouring provinces such as Guangxi, Yunnan, Guizhou, Sichuan, Hunan, Hubei and Jiangxi. 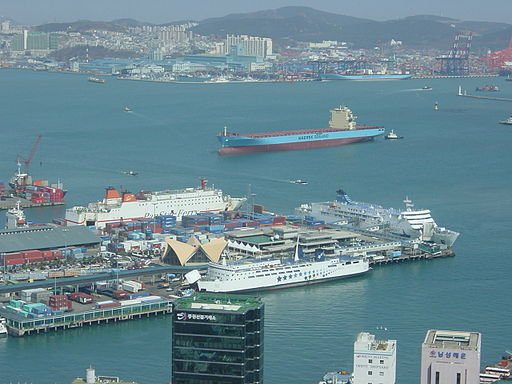 The Port of Busan was established in 1876 as a small port with strict trading between Korea, China and Japan. It is situated at the mouth of the Nakdong River (낙동강) facing the Tsushima Island of Japan. By today, it has become the largest port in South Korea.

The Port of Busan is a vital gateway for South Korea, connecting the country to the Pacific Ocean and Asia. It is South Korea’s main port, handling about 40% of the country’s overseas cargo, 80% of its container cargo, and 40% of Korea’s national fishery production. Some 130 vessels call at the Port of Busan each day.

The Port of Hong Kong, located by the South China Sea, is a deepwater seaport dominated by trade in containerised manufactured products, and to a lesser extent raw materials and passengers.

A key factor in the economic development of Hong Kong, the natural shelter and deep waters of Victoria Harbour provide ideal conditions for berthing and the handling of all types of vessels. It is one of the busiest ports in the world when it comes to the three categories of shipping movements, cargo handled and passengers carried.

The port handled around 18 million TEUs of containers in 2020 and provides about 280 container liner services per week connecting to over 600 destinations worldwide.

In 2020, the Kwai Chung-Tsing Yi Container Terminals handled around 14.5 million TEUs, representing 80% of the port container throughput. The remaining 20% was handled at mid-stream sites, the river trade terminal, PCWAs, buoys and anchorages, and other wharves.

The Port of Qingdao is a seaport on the Yellow Sea in China. It is a complete world port offering the full range of services including loading, unloading, storage, and logistics for containers and other cargoes like coal, iron ore, crude oil, grain, as well as a variety of bulk cargoes. The Port of Qingdao offers international passenger services too.

The Port of Tianjin is the largest port in Northern China and the main maritime gateway to Beijing. It is the largest man-made port in mainland China, and one of the largest in the world. It covers 121 square kilometers of land surface, with over 31.9 km of quay shoreline and 151 production berths at the end of 2010.

The port trades with more than 600 ports in 180 countries and territories around the world. It is served by over 115 regular container lines run by 60 liner companies, including all the top 20 liners.

Port of Jebel Ali is a deep port located in Jebel Ali, Dubai, United Arab Emirates. Jebel Ali is the largest man-made harbour, and the biggest and by far the busiest port in the Middle-East.

Jebel Ali Port is a gateway hub that enables trade across the region and beyond. It is a vital link in the global trade network, connecting eastern and western markets with North Africa, the Middle East, and South Asia. It has been voted “Best Seaport – Middle East” for 24 consecutive years.

As an integrated multi-modal hub offering sea, air and land connectivity, complemented by extensive logistics facilities, the port plays a vital role in the UAE economy. It is a premier gateway for over 80 weekly shipping services, connecting more than 150 ports worldwide.