The Germans are asking Brussels for help regarding the Anti-Transit Package. Does Austria violate EU law? 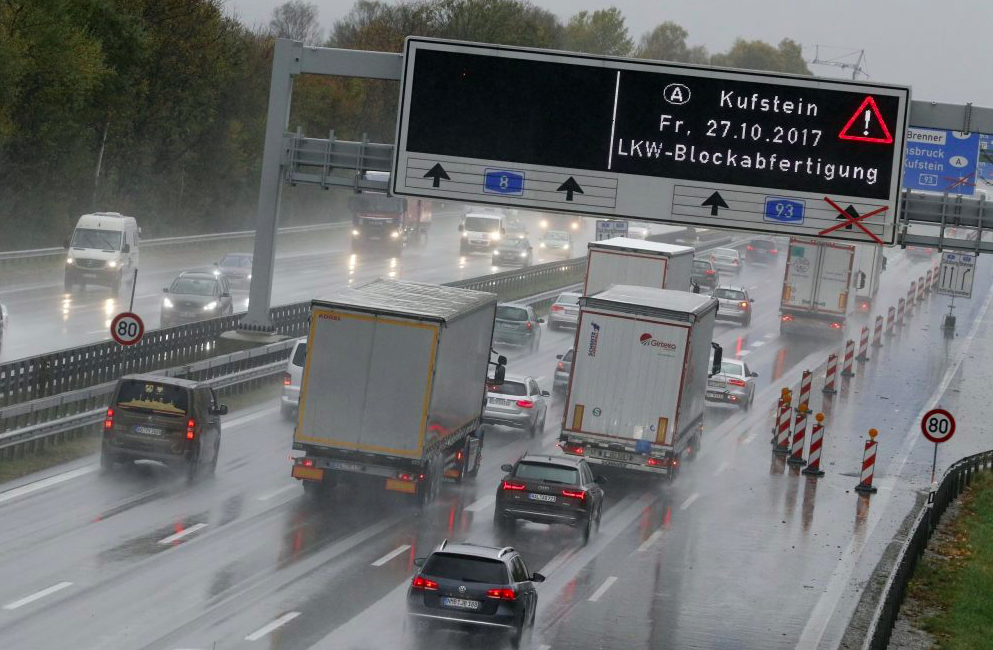 According to BGL, the German transport organisation, the Tyrolean package violate the free movement of services and goods within the European Union. The transport union is asking Brussels to investigate the new Austrian regulations in detail – in terms of compliance with EU law.

The German Federal Transport and Logistics Association (BGL) is concerned because the Tyrolean government plans to intensify the sectoral prohibitions on truck traffic from October 1, this year (but not August 1, as the government formerly planned). These prohibitions are to be applied on the main north-south transit route through Austria. The restrictions have been extended from 8 to as many as 13 types of goods (including paper, cement, grains and petroleum products) and will soon also include heavy vehicles complying with the Euro 6 emission standard. The last clause, in BGL’s opinion, contradicts the conditions that Brussels imposed on Tyrol regarding sectoral traffic bans (the most ecological trucks were to be taken out from under them).

Also, a night traffic ban for Euro 6 trucks in transit will be in force in Tirol from 2021. This prohibition will apply to vehicles entering or leaving a route in the region.

BGL is asking Brussels for help

BGL regards these provisions as a violation of EU law. The modified sectoral ban on driving will lead to a significant disruption of transport and constitutes a limitation of traffic contrary to EU regulations. The Anti-Transit Package will mainly affect carriers operating between Germany and Italy.

BGL called on the European Commission to examine the provisions of the package in detail – in terms of their compliance with EU law.