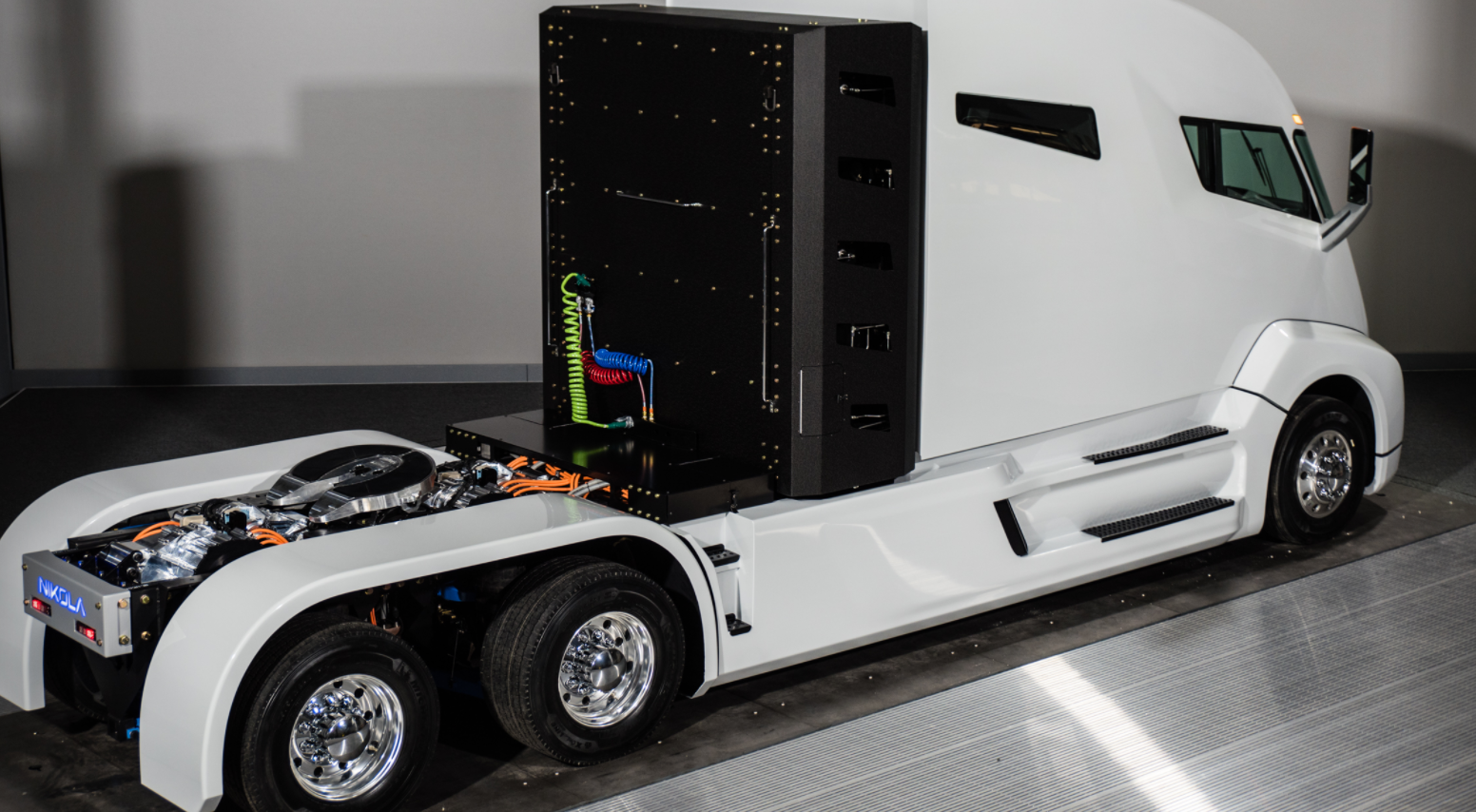 A truck that emits steam instead of carbon dioxide, nitrogen oxides and particulate matter? This is not a futuristic vision of the distant future, but most probably the coming years. At the moment, hydrogen-powered trucks can be refuelled in a few places, but there are already plans to develop appropriate infrastructure. Why is hydrogen likely to replace diesel in the transport market? There is a number of reasons.

Many European cities are struggling to improve air quality. More and more metropolitan areas are introducing bans on diesel vehicles. This, in turn, forces transport companies to look for alternative solutions for urban deliveries. That is why the popularity of trucks with an eco-fuel drive is growing year by year. Carriers decide to move away from diesel-powered vehicles not only for practical and reputational reasons but also because of the requirements of key customers.

In addition to liquefied natural gas (LNG), compressed natural gas (CNG) and electric trucks, businesses can also choose hydrogen-powered vehicles. The main advantages of hydrogen fuel cell electric trucks are mainly zero emissions and lower fuel costs. The vehicles are also very quiet. In addition, the fuel cell system allows for a greater reduction in weight and an increase in the loading space compared to batteries used in electric trucks.

According to Yorick Ligen from the Lausanne University of Technology (EPFL), this solution is expected to revolutionize truck transport and these innovations will be widely available within the next 5 years. Fuel cell trucks are currently offered by only a few manufacturers, including Hyundai, Nikola Motor Company.

Hydrogen propulsion – how does it work?

Fuel cells produce electricity, which supplies the electric motor on the fly.  Energy is generated in the reaction of hydrogen and oxygen. Hydrogen flows from the tank and oxygen is fed into the fuel cells along with the air flowing in through the front grille of the vehicle. The electrical energy generated in this way is fed into the batteries and drives the electric motor. Excess energy is stored in the lithium-ion battery at a lower power requirement (e.g. during quiet driving at moderate speed). The only by-product of this reaction of hydrogen with oxygen is pure water.

In October, Hyundai announced that it had signed an agreement with the Swiss company H2 Energy to supply 1,000 fuel cell trucks. Work on the contract started this year and will continue until 2023. The model is equipped with a newly developed fuel cell system with a power of 190 kW (2 x 95 kW) and has a range of about 400 km on one tank. The permissible total weight of the truck is 18 tonnes (34 tonnes including semi-trailer).

The Swiss company H2 Energy specializes in the production and supply of hydrogen from renewable sources. The ordered vehicles are to be made available by the company to its customers (e.g. petrol station operators and companies from the retail sector).

Toyota presented its first hydrogen-powered truck called Alpha in October 2017. The vehicle uses an electric motor and fuel cell systems from Toyota Mirai. Less than one year later, in July 2018, Toyota released another truck – Beta. The Japanese managed to extend the range from 320 in Alpha to 500 km in Beta, thanks to a stronger motor and bigger hydrogen tanks. The vehicles were developed in cooperation with the American truck manufacturer Kenworth. The manufacturers have announced another truck, based on the Kenworth T680s model.

Nikola Motor Company has already unveiled two fuel cell truck models, Nikola One and Two. Due to the huge interest in its vehicles on the Old Continent, the Company plans to enter the European market. For this purpose, it has developed another hydrogen-electric truck, Tre, adapted to European standards and regulations.

The maximum power that Tre will achieve is 1,000 hp, and depending on the model, the vehicle will be able to cover a distance of 500 to 1,200 km. It will take only 20 minutes to fully charge the empty tank. The world premiere of Nikola Tre is scheduled for April 16 this year in Phoenix. Mass production will be launched at the turn of 2022 and 2023.

There will be more and more hydrogen refuelling stations

Despite all the benefits and advantages of using hydrogen-powered trucks in road transport, the lack of adequate fuel infrastructure will dissuade the Polish carrier from the decision to purchase such a vehicle. However, this is about to change. Germany has the largest number of hydrogen refuelling stations in Europe – there are about 60 of them. The first Polish hydrogen refuelling stations will be built in Gdańsk and Warsaw by the end of 2021. According to Krzysztof Sitarski, deputy chairman of the energy committee in the Polish Parliament, Poland is facing a fuel revolution. Sitarski believes that in 3-4 years it will be possible to refuel hydrogen like petrol and diesel fuel.

“The hydrogen revolution that is currently taking place can be compared to the leap we have made by moving from conventional phones through pagers to mobile phones. I would compare combustion engines to a traditional phone, electric drive to a pager, and hydrogen power to mobile phones,” said Sitarski in an interview for the Polish Times.

In countries marked with flags without a specified number, the stations are in preparation.