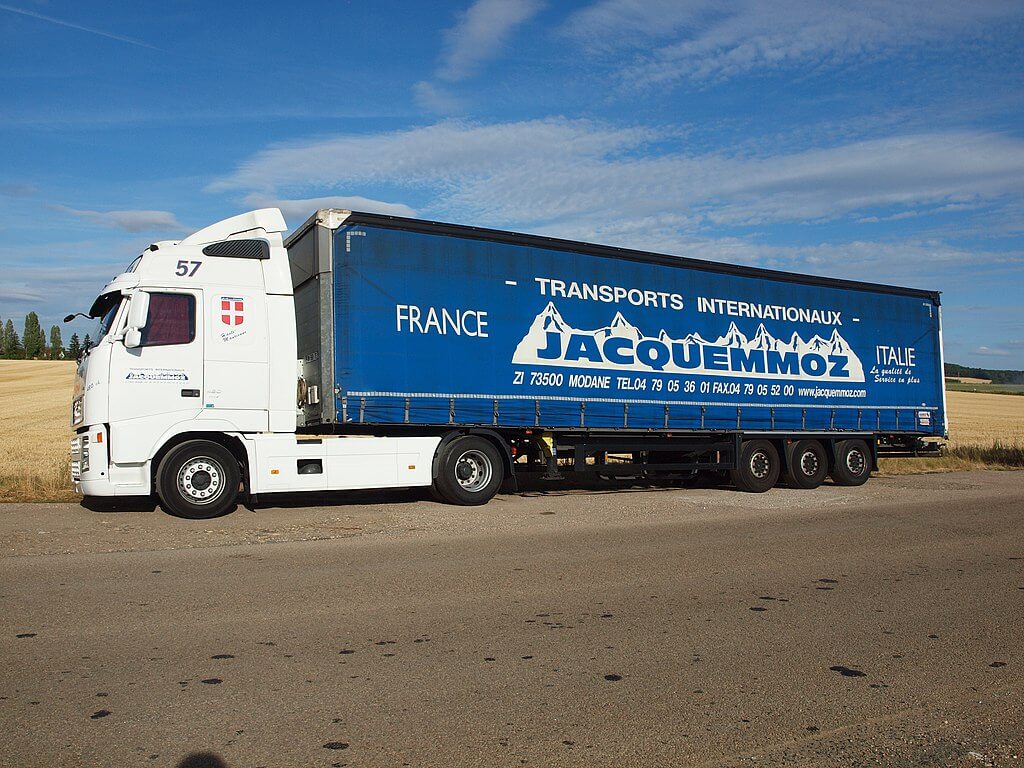 French traffic bans apply to trucks and vehicle combinations with a DMC above 7.5 tonnes, with the exception of special vehicles and agricultural vehicles. This guide explains when the bans are in force in 2021.

The truck bans start at 10pm on Saturdays and the evening before public holidays, and last until 10pm on a Sunday or a public holiday.

The calendar of holidays in France for 2021 is as follows:

According to the new decree, the following additional restrictions will apply in France:

– Prohibitions in winter : from 7 am to 6 pm on the ‚Auvergne-Rhône-Alpes’ roads listed below, trucks bans apply on Saturday 6th, 13th, 20th as well as February 7th and March 6th 2021. On these Saturdays, traffic will be allowed from 6pm to 10pm.

– RD1206 from Bellegarde to Annemasse,

– RN205 from Passy-le-Fayet to Chamonix.

– RD1201 from Saint Julien-en-Genevois to Annecy,

– RD1205 from Annemasse to Sallanches,

– RD1212 from Sallanches to Albertville.

– RD1201 between Chambery and Annecy,

– RD1203 between Annecy and Bonneville.

– A41 south between Grenoble and A43 (Francin) on Montmelian northbound,

In the Île-de-France region, additional traffic bans will apply as every year. They apply to specific roads in a specific direction and are valid on the following dates:

– on the eve of a public holiday from 4pm to midnight,

– Sundays and public holidays around the clock.

– Saturdays and the eve of public holidays from 10pm to midnight,

– Sundays and public holidays around the clock,

– Mondays and the day after a public holiday from 6pm to 10pm.

The bans in Île-de-France include the following motorway sections:

– A6a, A6b from the Paris beltway to the intersection with the A6 and A10 motorways (commune of Wissous),

– A106 from the intersection with A6b to Orly airport,

– A12 from the junction with the A13 (Rocquencourt triangle) to the RN10 (Montigny-le-Bretonneux commune),

– A13 from the Paris ring road to the Poissy-Orgeval junction (Orgeval commune).

Additionally, for safety reasons, truck traffic is permanently banned on some roads in France.

– national road N59 between Lunéville and Sélestat – a ban applies on all vehicles in transit with a GVW exceeding 3.5 tonnes,

– A55 motorway (4 km) – prohibitions for vehicles over 3.5 tons in Marseille, between the Vieux Port intersection and the Cap Pinède intersection,

– A8 motorway – a 24-hour ban on the carriage of ethylene oxide by road on the section between the toll station in Antibes and Italy. For this type of transport, the sea route Lavera – Tavazzano is recommended,

– national road N85 – no vehicles over 26 tons (not equipped with speed limiters) on the border of the departments of Isère and Hautes Alpes and the city of Gap,

– national road N580 – traffic ban for vehicles over 25 tons in Avignon, on the „Royaume” and „Daladier” bridges,

– national road N94 – vehicles over 26 tons (not equipped with speed limiters) between the southern Embruns roundabout and the border with Italy are prohibited.

– A7 and A6 motorways (25 km) between Ternay and Anse – vehicles with a DMC above 7.5 t are prohibited, unless signs indicate otherwise,

– A47 motorway – traffic ban on the section connecting A47 (westbound) and A7 towards Lyon city center (Ternay intersection),

– national road N7 – traffic ban for vehicles with a GVW over 6 tonnes, between 10pm and 6 am,

– national road N7 in Tain l’Hermitage – no vehicles over 3.5 tons southbound, between Vienne and the Roussillon toll station,

– national road N85 Laffrey – traffic ban for vehicles with a GVW above 7.5 t,

– Lyon North Bypass – vehicles with a height exceeding 3.5 m, and trucks over 19 tons and vehicles carrying hazardous materials are prohibited,

– Fourvière Tunnel – vehicles with a height exceeding 4.3 m, with a GVW of more than 7.5 tons, and for trucks transporting hazardous materials are prohibited.