Readers may recall a shocking accident that occurred back in April, when a jackknifed lorry was perilously hanging over a bridge crossing the A2. A court has learned the accident occured while the driver was speaking to his fiancée 7,000 miles away in the Philippines via video chat. 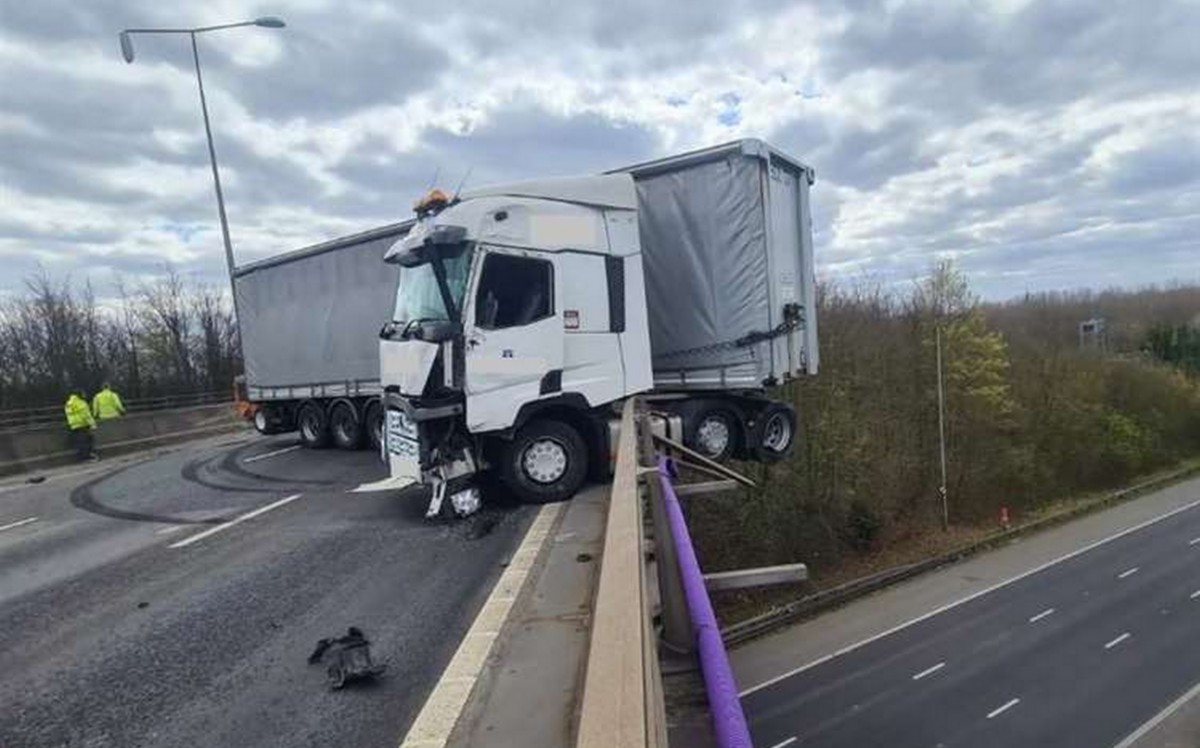 The accident saw the main carriageway closed in both directions at junction 2 for the Darenth Interchange.

The truck’s trailer broke the bridge’s safety barrier, and the wheels of the truck itself were hanging over the edge of the bridge. Fortunately, nobody was injured. Investigators have estimated the damage caused by the accident to be several millions of pounds.

According to Kent Online, the driver, 52-year-old Richard Mills, has been banned from driving for a year but will avoid prison after being handed a 6-month suspended sentence.

Mills told officers at the time of the accident that he had been on a video call to his partner in the Philippines. Officers later seized his iPad and confirmed that the HGV driver was indeed in a video call when the accident occurred.

“He couldn’t recall when he made the call but he said the call ended after he said I’ve crashed. This call had been made via his iPad, which he told officers was sat on the dashboard leaning against an old camera – so not in a proper holder.”

Kent Online writes that Mills denied being distracted by the call, and claimed the accident had been due to “diesel on the motorway which had caused his HGV to slide”.

An officer nonetheless checked the area soon after the accident and witnessed no signs of any diesel spillage.

Mills eventually changed his plea to guilty and was handed a six-month suspended prison sentence for 18 months. Moreover, he was banned from driving for a year and will have to take an extended test to get his licence back.

Interestingly, as Kent Online has highlighted, the judge said during the court hearing that he was “entirely confident” Mills “genuinely believes he wasn’t distracted”.

“I suspect the reality is that the defendant had become complacent about being engaged in conversations with his fiancée while he was driving and was, in a sense, taken completely by surprise when he lost control of his vehicle.”