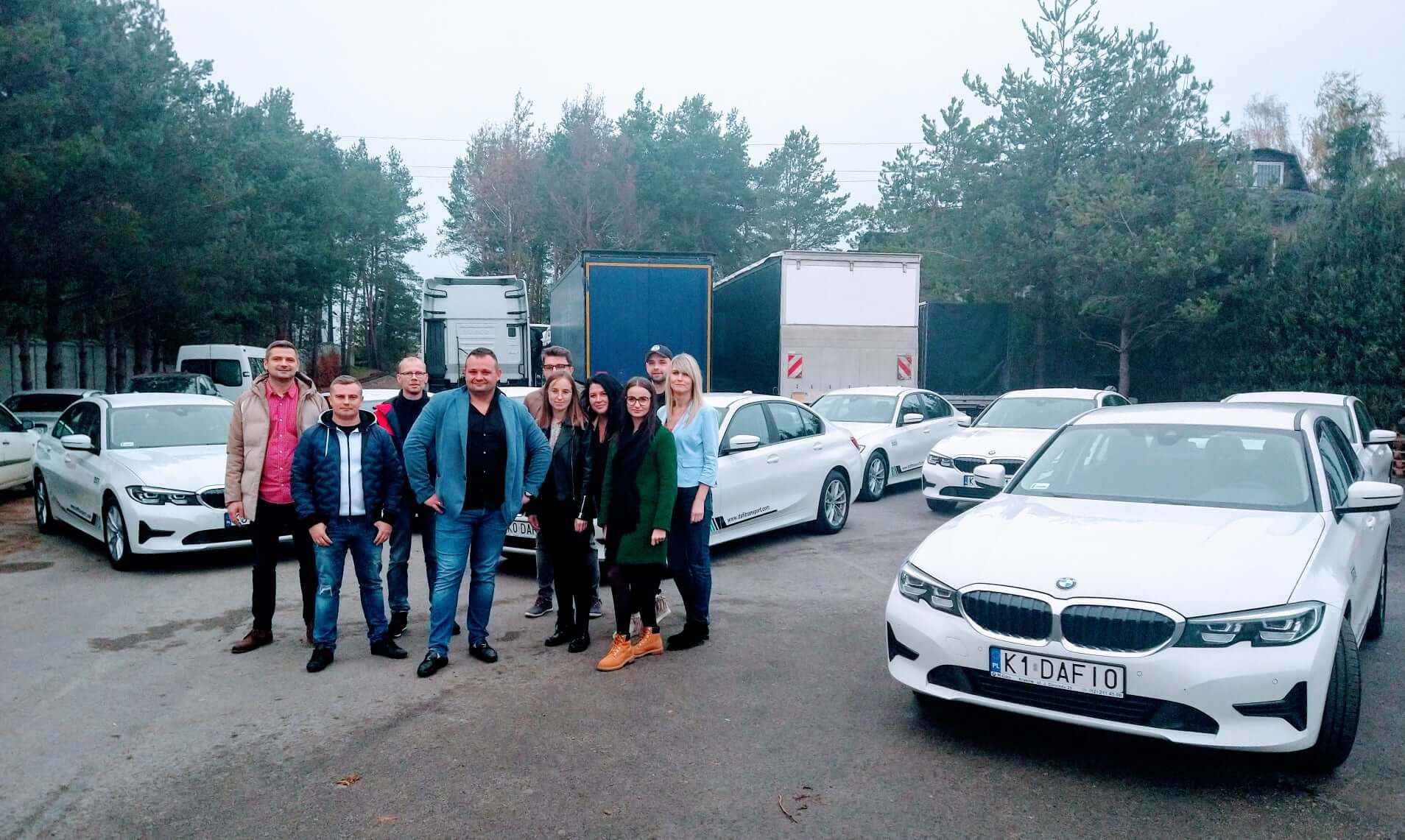 Road transport firm DAFI Transport i Spedycja has decided to reward its ten best forwarders with a BMW 3 Series. Meanwhile, the company’s drivers shall receive cash bonuses instead.

DAFI, based in Radom, Poland, currently have just over 30 forwarders on their books, meaning almost a third of them now have new BMWs in their possession. The cars are company branded and even contain customised number plates, but can be used for personal reasons. Employees can continue to use the cars for as long as they work for the company.

Daniel Figarski, President of DAFI Transport i Spedycja, says he wanted to reward the employees who had stuck with the firm since graduation and are still bringing results.

Nevertheless, the BMWs had to be earned first; in order to obtain one of the cars, each forwarder was required to achieve certain turnover targets first.

The company chose to order BMWs based on feedback from those who had won the competition. In the past, the company had opted to use financial bonuses to motivate its forwarders, but this time they chose something else.

When asked why the cars were available exclusively to DAFI’s forwarders and not their drivers, Figarski briefly and honestly replied „because they deliver the results”.

However, the DAFI Transport i Spedycja boss is keen to point out that their drivers do not go unrewarded either, as the company offers a cash bonus system.