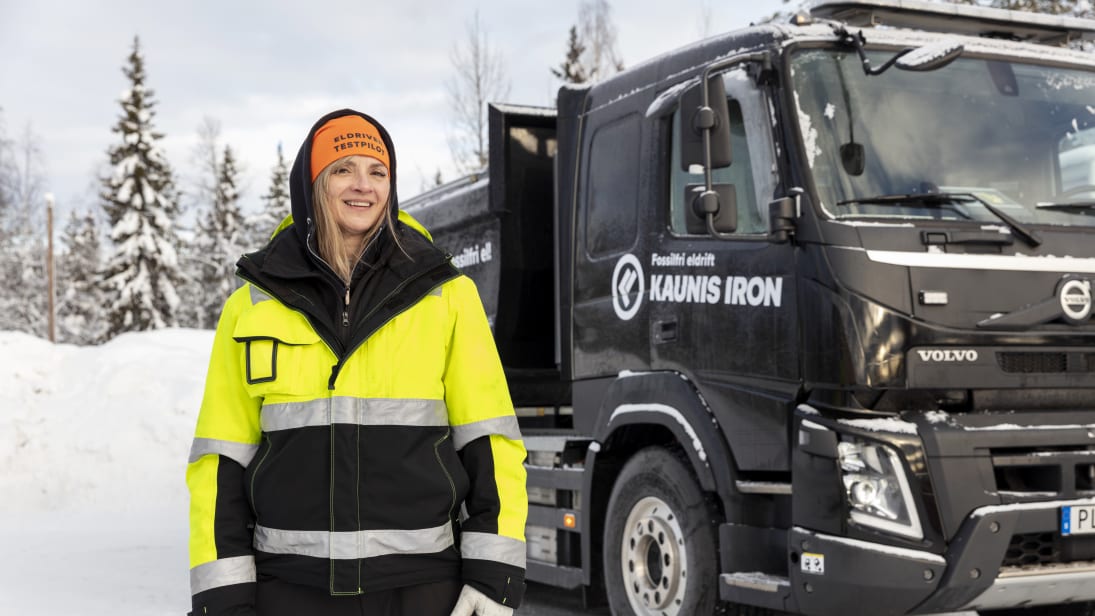 Volvo is testing one of its new electric trucks in the Arctic Circle to see how its batteries can cope with being regularly exposed to temperatures of as low as -40°C.

Volvo Trucks are conducting the tests in the far north of Sweden in partnership with Vattenfall, ABB, Wist Buss & Last and Kaunis Iron.

Kaunis Iron hope the truck will allow them to ditch diesel and move to a fossil-free form of transport.

Cathrine Sundqvist, one of the drivers involved in the test, is originally from Stockholm. She is nonetheless enjoying her time testing Volvo’s new electric vehicle in the rugged, cold northern landscape:

It feels exciting to be part of testing this technology for the long run to see how it can be developed to cope with additional load weight. I have previously been involved in driving electric buses in similar tests. Technology development is progressing really fast. The car is so quiet without engine noise, this is probably what most people react to. You experience it in the cab, it is so quiet and pleasant, but you also notice when a car passes you in traffic. It’s rather weird.

One thing the crew have had to solve already was to provide better insulation of grill on the front of the vehicle. By using a special foam, they were able to reduce the inflow of cold air into the cab. I

It’s just as well, as temperatures have been as low as -38°C during the tests.