Winter surprised drivers in Russia. Their trucks have been trapped – in a river 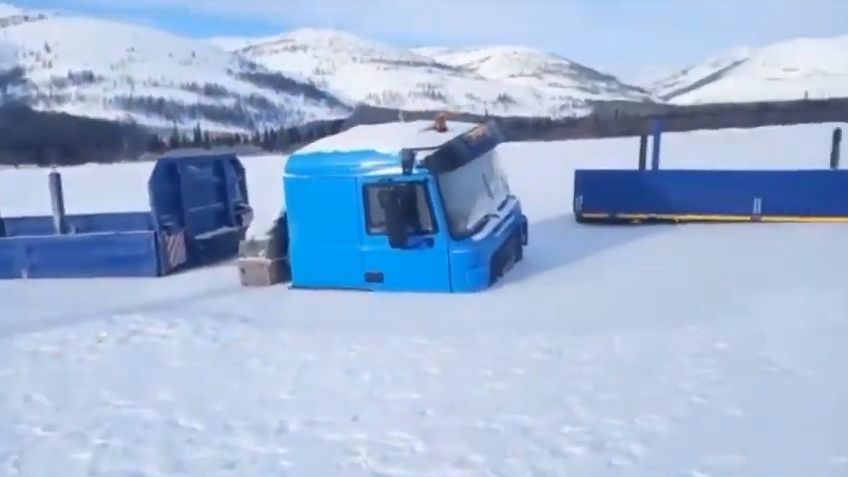 Temperatures in the United Kingdom are already way above zero degrees, but in Siberia, they drop to minus 27 degrees at night. And it was there, in Yakutia, that two trucks got stuck halfway in a frozen river. The race against time continues to pull them out. After all, in Siberia too, the melting will soon begin.

Nine thousand kilometres from Moscow, on the frozen river Tumara, there is an unusual view. Trucks trapped to the height of the cabin in the ice. Nearby, also on the ice, the drivers set up a camp – reports themoscowtimes.com.

One of the vehicles was pulled out, but the two sets are still there. This has been the case for a month now when they entered the river (unfortunately, the media have not reported whether it was the result of carelessness or the drivers clowning around).

However, it cannot be denied that the icy trap has caused quite a lot of problems not only for the drivers. Local authorities are afraid of the consequences. Many litres of fuel can enter the river from the vehicles. Even now the increased fuel content in water is recorded.

Attempts are underway to free up the trucks. People are cutting out pieces of ice around the vehicles and trying to drag them onto makeshift ramps. But they need to hurry up. “If the temperature rises, the vehicles will disappear deeper into the water,” warns The Siberian Times.