Slovakian motorway operator PR1BINA has installed an early warning system on the R1 expressway to detect vehicles entering the fast lane in the wrong direction and alert the driver. 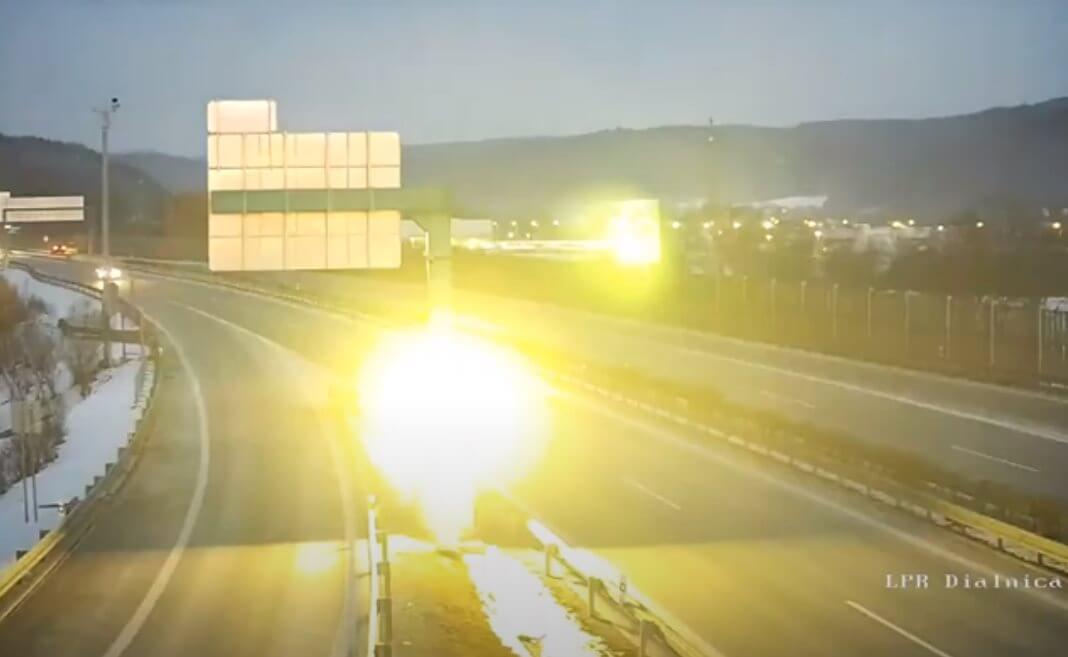 The system uses a camera and intelligent pattern recognition software. With its 88% success rate, the method will soon be extended to other sections of the expressway.

Since the opening of the R1 expressway 10 years ago (the first road public-private partnerships in Slovakia), efforts to promote road safety, including awareness campaigns on fatigue and inattentive driving, have indeed helped reduce the number of road accidents in the region by almost 80%, says the company.

As you can see in the video above, when a driver attempts to enter the motorway from the wrong direction, the smart system recognises this and extremely bright lamps light up to warn the driver.

As the driver is already on the one-way road leading to the motorway the warning system might help to avoid head-on collisions. However, reversing in a place where motorists normally start accelerating to join the motorway might not be the greatest idea.

One of the aims of highway engineering is to reduce wrong-way driving; the example above might be able to show how different it is.

While one might think that such incidents happen pretty rarely, the latest figures in the UK found police noticed more than 700 such offences in the last five years.

The offences are thought to be caused by elderly or confused drivers, as well as those on drink or on drugs.