A tanker driver has failed in his attempt to sue Hoyer for wrongful dismissal, reports the Times. The trucker was fired after being involved in accident in which he shunted a car down the A814 for the best part of a minute. He then sued his former employer over his dismissal, as he felt the matter had been blown out of proportion. However, the employment tribunal rejected the driver's claim. 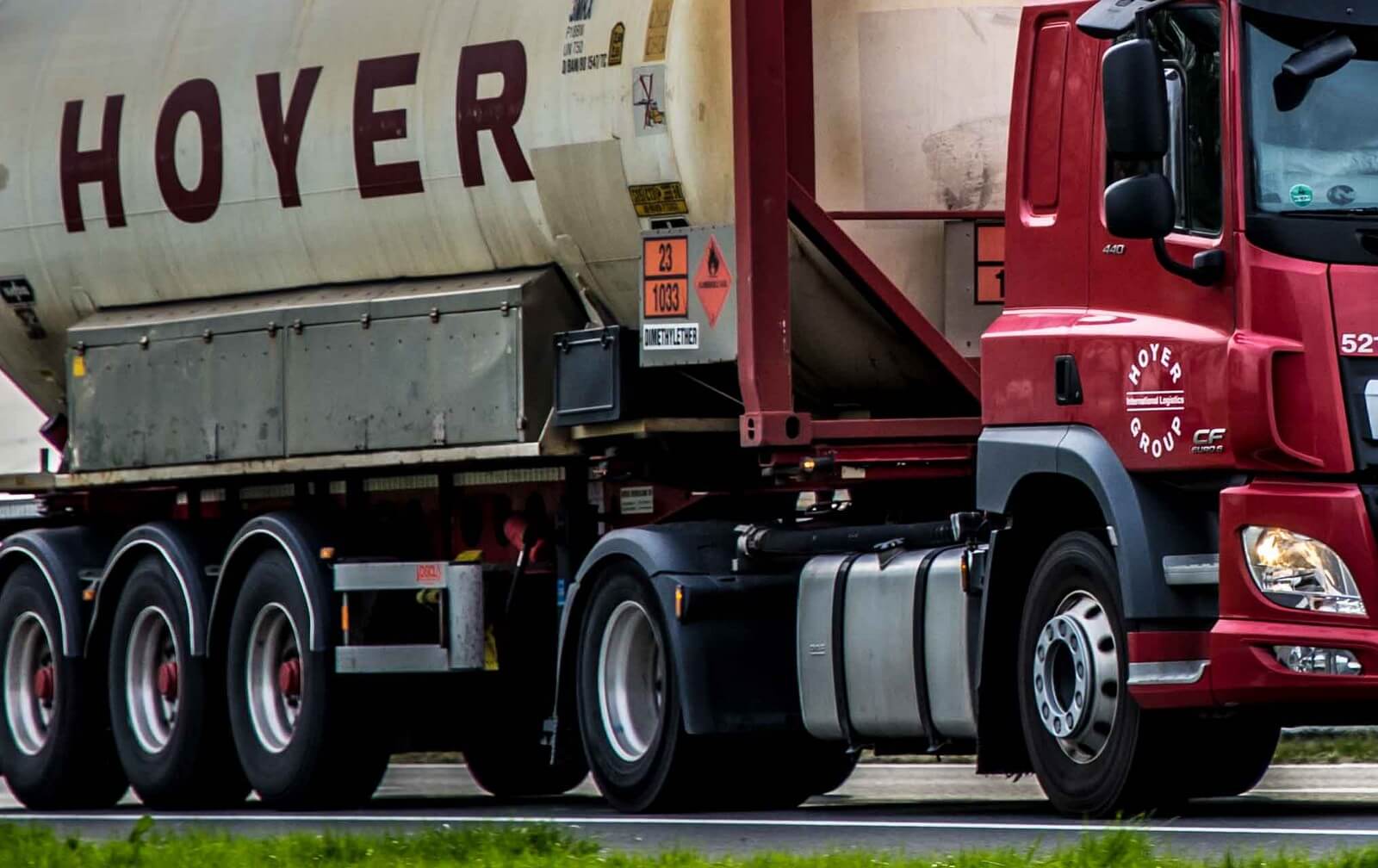 According to the Times report, the driver, Peter Flockhart, was driving a 14-tonne Hoyer fuel tanker on the A814 entering Glasgow when the accident happened.

Mr Flockhart is said to have smashed into a Hyundai i20 next to him when changing lanes. This caused the Hyundai to spin around and become wedged on the truck’s cab. The tribunal heard that the lorry driver did not realise what had happened until a van driver overtaking him had his hazard lights on. The Times writes that Mr Flockhart shunted the car for as long as 46 seconds before “guiding” it into a slip road.

The trucker reported the accident to his employer, who then conducted an internal investigation. That resulted in Mr Flockhart being dismissed for gross misconduct.

However, Flockhart felt he had been hard done by and decided to sue for wrongful dismissal.

At the tribunal, Flockhart claimed that he had done a “great job” by gently braking in response to the accident, which in his view had been “blown out of proportion”. The tanker driver added that a blind spot must have been the reason he failed to see the Hyundai.

The tribunal was told that Flockhart, who had no penalty points at the time and not been involved in any work-related accidents, was driving at 49 mph when the accident happened. After the vehicles came to rest, he reversed away from the Hyundai, the driver of which was uninjured and able to drive away.

The damage, according to the Times report of the tribunal, was minor. Police also did not consider the accident to be serious.

The tribunal did not rule in Flockhart’s favour, however.

As quoted by the Times, Shona MacLean, the employment judge, said:

“While the damage sustained was minor, the incident was serious in that it involved a third-party vehicle being shunted along a dual carriageway while other vehicles were overtaking in the outside lane. The tribunal considered that this conduct was serious enough to fall within the examples provided as gross misconduct.”