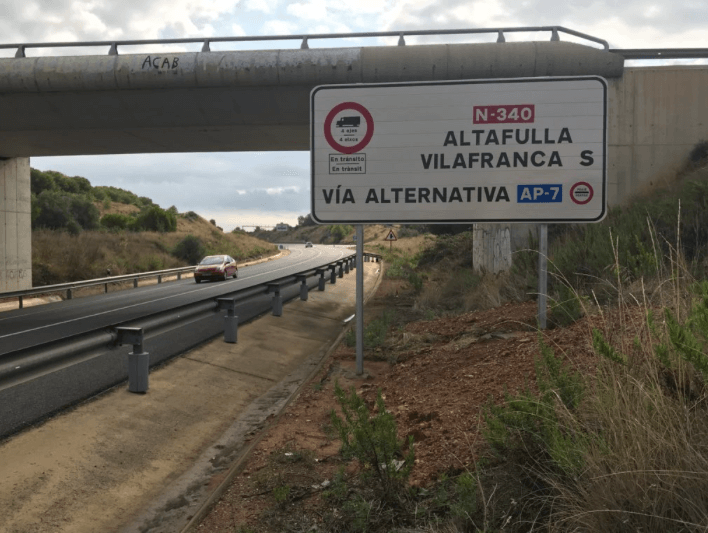 The Catalan authorities have reintroduced a ban on truck traffic on two national roads in the provinces of Tarragona, Barcelona and Castellón on the border with France.

From 15 June, trucks can no longer travel on sections N-240 and N-340, where restrictions were introduced in September 2018. These bans, however, were temporarily lifted during the coronavirus pandemic.

On 15 June, the ban was reintroduced on the following roads:

– N 340 between Alcanar and Hospitalet de L’Infant and between Altafulla and Villafranca del Penedés,

– N240 between Borges Blanques and Montblanc.

The Federation of Transport Unions Fenadismer notes, however, that the renewed restrictions apply only to trucks with 4 axles and more and with a gross vehicle weight over 26 tonnes. Furthermore, the ban has not been resumed on the N-II section between 773.5 kilometres (La Jonquera) and 709 kilometres (Fornells de la Selva), from where the trucks were directed to the toll road AP-7 before the pandemic.

Fenadismer also reports that other restrictions in Catalonia, such as weekends or holidays, have not been resumed. They will come into force again this Sunday, at the end of the state of emergency.