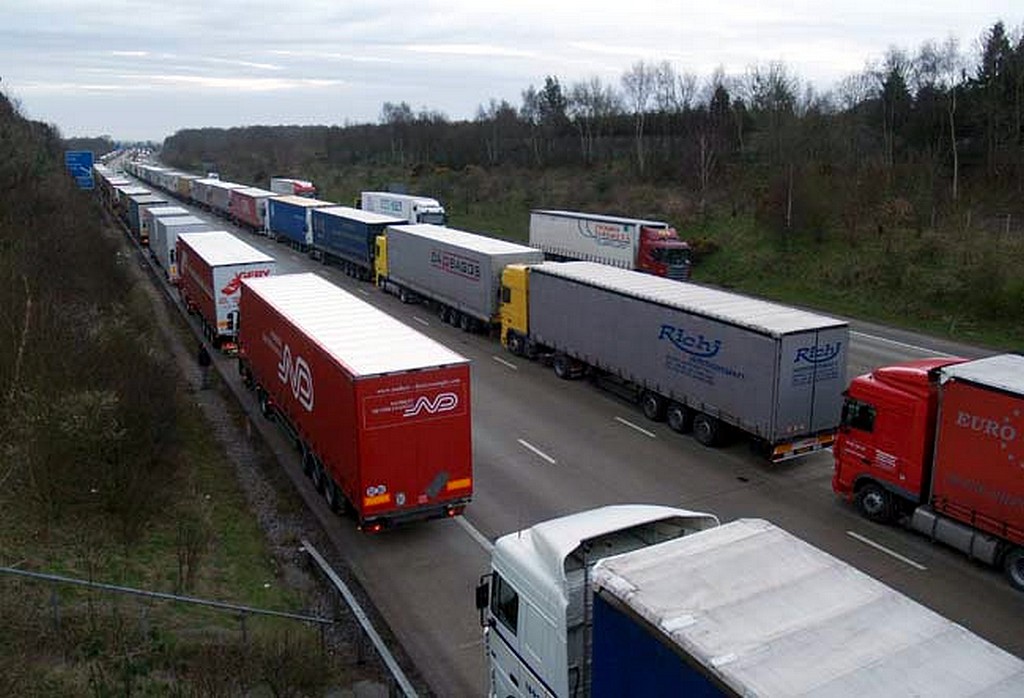 Following the long queues of lorries seen on the M20 last Tuesday and Friday, which were caused by France trialling new border controls, it is now predicted that seasonal shopping and a ‚pre-Brexit rush’ will bring more traffic disruption to the motorway.

Long queues were seen on the M20 again yesterday, but channel tunnel operators GetLink said the extra traffic was not down to Brexit, but rather a pre-Christmas rush.

Kent Online report that the Dover Traffic Assessment Project (TAP) had to be put in place at 6.30am yesterday to deal with high volumes of traffic that would potentially disrupt vehicle flow towards Dover.

M20 coming into Dover. Port is a mess

Kent Online also believe that similar queues are expected from now until Christmas on the normal peak days – Tuesdays, Wednesdays and Thursdays. This, it is said, will also be made worse by more people Christmas shopping after the end of the lockdown. On top of the that, the paper speculates that a ‚pre-Brexit rush’ could also be a factor in the coming weeks.

In addition, the M20 will be closed overnight between Junctions 8 and 9 on Friday December 11th to Monday December 14th. The reason for the closure is a test of Operation Brock, which will see barriers erected to try and manage the expect traffic issues entailed by the UK leaving the EU single market.